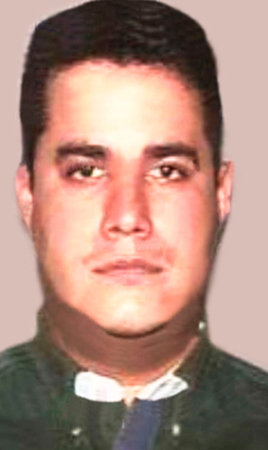 A Honduran man pleaded guilty in federal court yesterday for his role in a conspiracy to launder into the United States more than $1.3 million in foreign bribe payments and public funds from the Republic of Honduras.  Acting Assistant Attorney General John P. Cronan of the Justice Department’s Criminal Division and Deputy Director Thomas D. Homan of U.S. Immigration and Customs Enforcement (ICE) made the announcement.

Carlos Zelaya, 47, a citizen of Honduras who was residing in the New Orleans area, pleaded guilty before U.S. District Judge Martin L.C. Feldman of the Eastern District of Louisiana to one count of conspiracy to commit money laundering.  Sentencing is set for Oct. 3 at 1:30 p.m. CT.

According to admissions made as part of the plea agreement, Carlos Zelaya conspired with his brother, the former Executive Director of the Honduran Institute of Social Security, and others to launder over $1.3 million in bribe payments.  These bribes were paid by two Honduran businessmen for the benefit of the Executive Director.  The funds were then laundered into the New Orleans area through international wire transfers and used to purchase real estate, including for a commercial property.  Carlos Zelaya collected and spent the rental income derived from the properties, even after a federal judge ordered him to preserve the funds pending resolution of a federal civil forfeiture suit.  During that case, he also made false statements to the U.S. government in written discovery responses and to a federal judge in the Eastern District of Louisiana while testifying under oath.  As part of the conspiracy, Carlos Zelaya also used his brother’s high-ranking official position to profit from lucrative Honduran government contracts and then laundered the misappropriated funds into the New Orleans area.  Under the terms of the plea agreement, Carlos Zelaya agreed to forfeit those properties.

The investigation was conducted by ICE Homeland Security Investigations New Orleans and Miami.  The case is being prosecuted by Trial Attorneys Stephen A. Gibbons, Marybeth Grunstra, and Michael B. Redmann of the Criminal Division’s Money Laundering and Asset Recovery Section with assistance from the U.S. Attorney’s Office for the Eastern District of Louisiana.  Valuable assistance was provided by the Justice Department’s Office of International Affairs.

This case was brought under the Department of Justice’s Kleptocracy Asset Recovery Initiative by a team of prosecutors in the Criminal Division’s Money Laundering and Asset Recovery Section.  These prosecutors partner with federal law enforcement agencies to prosecute those who engage in and facilitate foreign official corruption which has effects on the U.S. financial system, to forfeit assets purchased with the proceeds of that corruption, and, where appropriate, to repatriate the recovered funds for the benefit of the people of the country harmed by such abuse of public office.  Individuals with information about possible proceeds of foreign corruption located in, or laundered through, the United States should contact federal law enforcement or send an email to [email protected](link sends e-mail). This entry was posted by admin on June 29, 2018 at 2:55 am, and is filed under EVIDENCE. Follow any responses to this post through RSS 2.0. Both comments and pings are currently closed.