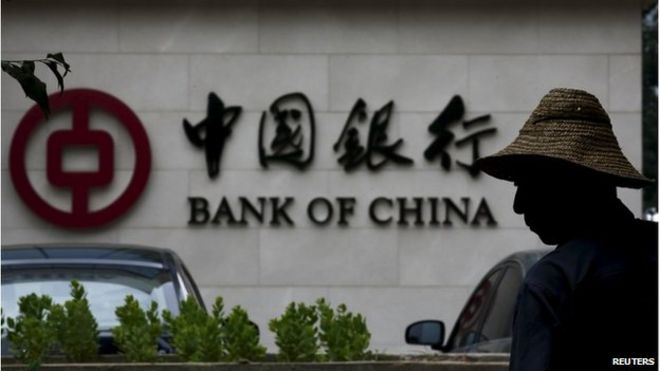 Scam artists, drug cartels and gangs from around the world have found a new haven for laundering money: China. The country’s well-developed underground financial networks have caught the attention of foreign criminals who are using China to clean their dirty money and pump it back into the global financial system — largely beyond the reach of Western law enforcement, an Associated Press investigation has found.

As China globalized, sending people and money abroad, so too did its criminal economy. Gangs from Israel and Spain, cannabis dealers from North Africa and cartels from Mexico and Colombia have laundered billions in China and Hong Kong, slipping their ill-gotten gains into the great tides of legitimate trade and finance that wash through the region, according to police officials, European and U.S. court records and intelligence documents reviewed by the AP.

Gilbert Chikli, a convicted French-Israeli con man, understands China’s allure. He is widely credited with devising a scam so successful that it has inspired a generation of copycats. Called the fake CEO, fake president or business email compromise scam, the fraud has cost thousands of companies, many of them American, $1.8 billion in just over two years, according to the FBI.

“China has become a universal passageway for all these scams,” said Chikli. “Because China today is a world power, because it doesn’t care about neighboring countries, and because, overall, China is flipping off other countries in a big way.”

China’s central bank and police refused repeated requests for comment. In a regular briefing with reporters Monday, Chinese Foreign Ministry spokesman Hong Lei said “is not, has not been, nor will be in the future a center of global money laundering.”

Chikli made millions by impersonating top executives and intelligence agents and convincing employees at some of the world’s largest companies to transfer money to his bank accounts, according to French legal documents. He told the AP he laundered 90 percent of that stolen money through China and Hong Kong.

“It’s immense,” he said in an interview at his sleek, three-story home in Ashdod, a port town on the Mediterranean.

A French court convicted Chikli last year of defrauding five companies of 6.1 million euros — La Banque Postale, LCL bank, HSBC, Accenture and Thomson, a French technology company. He was also convicted of attempting to extract over 70 million euros from at least 33 others, including Barclays, American Express and the company that runs Disneyland Paris. He was sentenced in absentia to seven years in prison and fined 1 million euros.

Today he remains a wanted man, but lives openly in Israel, where authorities refused to comment on his case. Israel and France share no bilateral extradition treaty, but Israel has surrendered French citizens in some cases.

Chikli told the AP his preferred method for laundering money was import-export schemes. He would bounce stolen funds to front companies in Hong Kong, then have the cash withdrawn and used to buy merchandise in China. He’d purchase, say, 20 tons of steel, but bribe the vendor to give him a receipt for 100 tons. Then he’d sell the goods and send the money to Israel, where the false invoices made the entire sum look like legitimate trading profit.

“Give me the documents and everything is fine,” he said.

Such trade-based money laundering is a growing concern to U.S. authorities. Three Colombians based in Guangzhou, China, led a global money-laundering network that moved over $5 billion for Spanish and Mexican drug cartels, according to a U.S. Justice Department indictment unsealed in September. The network allegedly spanned the United States, Colombia, Spain, Ecuador and Venezuela.

Like Chikli, they processed illegal profits through bank accounts in Hong Kong and China and cleaned the money by buying merchandise, often counterfeit, which they shipped and sold in Colombia and elsewhere, according to the indictment.

Chikli insists he no longer runs fake CEO scams, but a new generation of fraudsters is copying his technique. Like Chikli, they direct stolen funds to China and Hong Kong. The FBI traced fake CEO scam transfers to more than 70 different countries. “At the very top of that list is Hong Kong and China,” Jay Bienkowski, a supervisory special agent with the FBI in Washington, said in an interview with the AP prior to his retirement.

“Non-Chinese criminal groups committing CEO frauds are sending money to China because Chinese criminal groups in Europe are giving them cash,” said Igor Angelini, head of financial intelligence at Europol, the European Union law enforcement agency. “The scale of this phenomenon is quite substantial.” Chinese authorities generally have done little to help Western companies targeted in fake CEO scams, according to European intelligence documents reviewed by the AP.

The U.S. State Department, in a report this month, reproached China for lackluster performance on money-laundering investigations. “U.S. law enforcement agencies note China has not cooperated sufficiently,” the report said.

Europol also has no cooperation agreement with China. Once funds land there, they vanish.

“For us it’s a blind spot,” said Angelini. “What happens after that is a black hole.”

This entry was posted by admin on March 31, 2016 at 3:15 pm, and is filed under EVIDENCE. Follow any responses to this post through RSS 2.0. Both comments and pings are currently closed.