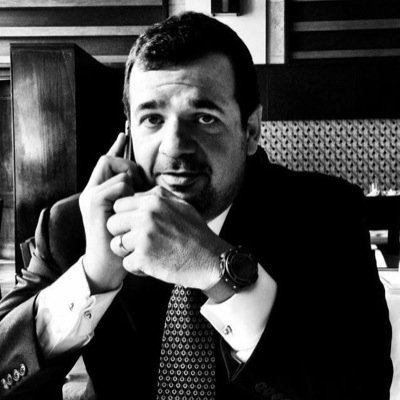 A former minister and member of one of the richest families in Honduras has pleaded guilty in a US court to laundering money for the once-powerful Cachiros drug trafficking group.

Yankel Rosenthal admitted to having helped drug traffickers launder money “through the purchase of US real estate, political contributions in Honduras, and even investment in a professional soccer team,” according to an August 29 US Justice Department press release. The Rosenthal family lawyer Andres Acosta Garcia previously pleaded guilty to similar crimes, the press release states.

Yankel Rosenthal served as Honduras‘ investment minister under current President Juan Orlando Hernández until June 2015 before taking over management of the Marathon soccer club owned by the Rosenthal family. He was arrested by US authorities in October 2015 and charged with money laundering.

In addition to laundering over $1 million in Florida real estate and several hundred thousand dollars via the soccer club, the former Honduran minister also funneled bribes from drug traffickers to the unsuccessful presidential campaign of his cousin, Yani Rosenthal, the press release states.

Yani Rosenthal admitted last month to having laundered drug proceeds while he was active in politics between 2004 and 2015, serving as a member of former President Mel Zelaya’s cabinet and later as a congressman.

US authorities also stated that they have obtained evidence of a meeting between Yankel Rosenthal and various drug traffickers, including a leader of the now dismantled Cachiros drug trafficking group, during which these bribes were negotiated.

The family patriarch, Jaime Rosenthal — father to Yani and uncle to Yankel — has also been charged with money laundering in a US federal court. However, the former vice president of Honduras and business tycoon, who proclaimed his innocence during a 2015 interview with InSight Crime, remains at large in Honduras despite a pending US extradition request against him.

The US prosecutions of members of the Rosenthal clan — one of the wealthiest and most influential families in Honduras — are part of a broader trend of joint US-Honduran law enforcement efforts combining indictments, asset seizures, arrests and other operations that have brought down important networks operating in the Honduran underworld, including elites who long offered them protection.

The question now is what information Yankel Rosenthal may offer US authorities as part of his agreement to plead guilty. Future US indictments against Honduran soccer officials, for instance, appear to be a possibility, given Rosenthal’s involvement with the sports sector that is deeply infiltrated by organized crime.

In addition, it is possible that the former member of President Hernández’s cabinet could have information about other corrupt actors in the current administration. A former top member of the Cachiros organization recently testified in US court that the president’s brother, Tony Hernández, a congressman in Honduras who has been named a “person of interest” in a US investigation, had solicited a bribe from the drug trafficker. It may be that Yankel Rosenthal will find himself in a position to provide further details about such allegations.

This entry was posted by admin on August 31, 2017 at 3:58 am, and is filed under EVIDENCE. Follow any responses to this post through RSS 2.0. Both comments and pings are currently closed.