Earlier this month, a Mexican media outlet reported that Víctor Manuel Vázquez Mireles (“El Meme Loco”), a former high-ranking member of the Gulf Cartel under Osiel Cárdenas Guillén, was no longer in prison and had resumed his organized crime activities. El Meme Loco is likely one of the most prominent Gulf Cartel bosses released from prison in recent years.
He joined the cartel in the 1990s as one of Osiel’s bodyguards, and eventually rose through the leadership ranks of the cartel. He was arrested in March 2003 in Veracruz but remained without a sentence for nearly a decade.
Last year, Borderland Beat reporter “MX” reached out to the Mexican government requesting information on El Meme Loco’s status. We were only able to confirm he was sentenced for organized crime involvement, though officials did not provide any mention on when this sentence was handed or if he remained behind bars. In this report, Borderland Beat will cover his extensive criminal career and his current status in the cartel.
Initial arrest and escape
On 2 January 1999, the Federal Highway Police (PFC) arrested El Meme Loco with a 900 kg (2,000 lb) marijuana shipment at a park in Río Bravo. He was imprisoned in a low-security prison in Reynosa but was able to escape in less than a month. On 29 January 1999, while being transported from prison to court for a hearing, he was freed from custody by Gulf Cartel gunmen.
According to police reports, around fifteen gunmen intercepted the vehicle in which he was being transported and threatened his custodians at gunpoint. The vehicle was forced to a stop and the gunmen took El Meme Loco in a separate vehicle. The gunmen were driving a police vehicle and were wearing police uniforms.

It was clear from this incident that El Meme Loco was associated with high-ranking cartel members, but few knew who he was working for.
Gangland murders and standoff with U.S. agents
In May 1999, Osiel killed Ángel Salvador Gómez Herrera (“El Chava”) and became the undisputed leader of the Gulf Cartel. El Meme Loco was tasked with eliminating the remaining gangsters who reported to El Chava in Matamoros, and notifying the police of the location of his corpse.
On 9 November 1999, El Meme Loco and several of his associates, including Osiel, threatened two U.S. agents at gunpoint in Matamoros. The agents traveled there with an informant to gather intelligence on the operations of the Gulf Cartel but were intercepted by the criminal group.

During the standoff, Osiel threatened to kill the U.S. agents and the informant but after a heated conversation they were allowed to return to the U.S. unharmed. This incident led to increased law enforcement efforts against El Meme Loco and other Gulf Cartel leaders.

The informant who was with the U.S. agents was Juan Raúl Bermúdez Núñez, a journalist from a local newspaper in Matamoros. According to the journalist, El Meme Loco had met with the newspaper’s management to discuss monthly bribes of US$500 in exchange for not publishing stories about the Gulf Cartel. He also stated that Osiel and his lawyer Galo Gaspar Pérez Canales accompanied El Meme Loco at these meetings.

On 13 May 2002, Nuevo Laredo gangster Dionisio Román García Sánchez (“El Chacho”) was kidnapped by a commando of approximately twenty Zetas members in Monterrey. The operation was headed by El Meme Loco. Police chief Arturo Pedroza Aguirre reportedly tipped off El Chacho’s whereabouts to Osiel and Los Zetas; he told them that El Chacho was hiding in a residential neighborhood, and gave them the exact home address.

Los Zetas acted on his information and abducted El Chacho at his home along with four of his henchmen; one of his gunmen, Juvenal Sánchez Torres (“El Juve”), was killed during the operation. Los Zetas suffered one casualty after their gunman Raúl Alberto Trejo Benavides (“El Alvin”) was mortally wounded. El Chacho was taken to Tamaulipas and was found dead that same day in Río Bravo; he was tortured and mutilated by his captors. El Meme Loco had proven his worth.
Re-arrest and imprisonment

On 28 March 2003, police officers assigned to the Veracruz–Boca del Río intermunicipal force arrested El Meme Loco and several other suspects after they were seen drinking alcohol in public in Veracruz’s boardwalk area.

On 13 November 2006, a federal judge based in Reynosa sentenced El Meme Loco to 7.5 years in prison. The judge found him guilty of being in possession of 98 marijuana packages weighing 503.3 kg (1,110 lb).
Authorities also stated he was guilty of leading the Gulf Cartel in Tamaulipas and Veracruz, and of buying narcotics for distribution in the U.S. through Matamoros with the assistance of corrupt law enforcement personnel. However, his sentenced was annulled and El Meme Loco was kept in federal custody.
Conviction and release
On 11 September 2012, El Meme Loco filed a complaint to a federal court in Mexico City after being imprisoned since 2003 without receiving a sentence. He claimed this was a violation of his human rights and asked the court to allow him to be tried under conditional release. After the motion, a penal court sentenced him to 12 years for organized crime involvement, but a tribunal cancelled his sentence again in March 2013.
In May 2019, Borderland Beat reached out to the Mexican government via their transparency law requesting information on El Meme Loco’s status. We were able to confirm that he was sentenced to 8 years for organized crime involvement. However, despite Borderland Beat’s requests, Mexican officials did not specify when this sentence was handed and if he was released for already spending nearly a decade in custody. 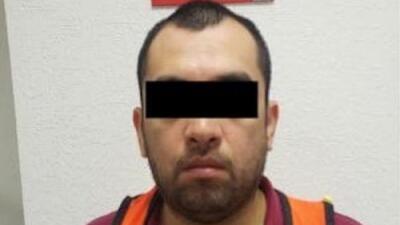 This entry was posted by admin on March 31, 2020 at 4:42 pm, and is filed under EVIDENCE. Follow any responses to this post through RSS 2.0. Both comments and pings are currently closed.