RAYMOND HO WAS A PARTNER AT A MAJOR DC (USA) LAW FIRM AT 33. Now he’s going to prison for 7 years for money laundering. 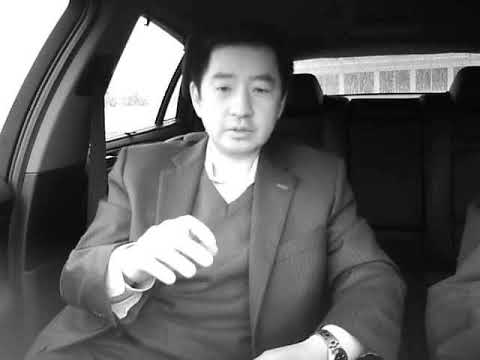 A D.C. patent attorney who worked at some of the country’s top law firms ended up laundering more than $2 million for a mysterious fraudster he knew only as “Chief Onwa.”

Raymond Ho, a 48-year-old naturalized U.S. citizen, pleaded guilty after getting caught in an Immigration and Customs Enforcement sting operation in which agents posed as traffickers of people and firearms.

For years before that, he helped Onwa, whose true identity and location in the world remains a mystery to Ho and law enforcement.

Onwa would either hack into a person’s email account or make a fake email that resembled the person’s real account. Then he would ask his or her accountant, attorney, bank, financial adviser, investment firm or personal assistant to transfer funds to accounts Ho or a co-conspirator controlled. Ho and the other co-conspirators would then wire money to Onwa.

The scheme required careful planning so that wires could be sent before financial institutions caught on. About $1 million was recovered, but more than $2 million was lost, including $727,000 from one victim in Maryland.

During a Friday hearing in federal court in Alexandria, Judge Leonie M. Brinkema sentenced him to seven years in prison, saying “somebody with your level of education and understanding of the law” needed to serve a serious sentence.

In court, Ho, a native of Taiwan, called himself the “saddest man in the world” and said “nothing excuses my ignorance and stupidity.”

“My parents brought me to this great country in 1981 wanting me to grow into a sophisticated and cultured individual,” Ho wrote in a letter to the judge. “I failed them.”

Ho’s family came to the United States when he was 11 years old, settling in Georgia. He got an undergraduate degree in electrical engineering and two law degrees; he worked for the major law firms Venable and Arent Fox, where he became a partner at 33. He became a U.S. citizen.

But Ho had trouble sticking with jobs at those firms, his lawyers said in court filings. In court, he said he wanted to spend more time with his children. So he moved to a smaller firm, but he said he was jealous of his “captain of industry” friends in Taiwan who seemed to work less and make more.

“I wanted so much to excel in business,” Ho said in court. He became part of an online community of “wheeler dealers,” he said.

Online, he met someone called Chief Onwa, who asked Ho for help cashing two $30,000 checks. After Ho wired the money to Onwa, his bank told him the checks were fraudulent and tried, unsuccessfully, to recoup the funds, according to court documents. Ho’s account was frozen.

Ho no longer cashed checks for Onwa, he said in court filings, but he kept laundering money for him. He made a commission on each transaction, ultimately netting $218,980.

“He seemingly decided that as an attorney, he was above the law,” prosecutor Alexander Berrang said in court.

Ho also recruited two other people into the scheme, according to prosecutors, including another intellectual property attorney. Neither is yet publicly charged with a crime.

Co-conspirators were all across the world, including Canada, Britain, China and parts of South America, according to officials from ICE’s Homeland Security Investigations arm. But the wire transfers were often routed through Russia and China to make detection difficult.

The FBI first questioned Ho in 2014 and 2015 as part of a separate investigation. He claimed he was himself a victim of a fraud scheme.

Then, in late 2015, an undercover Homeland Security Investigations agent was introduced to Ho through another scammer who said he had learned everything he knew from the patent attorney. Ho and the agent, posing as a trafficker, met in a Northern Virginia parking lot that December.

The sting operation started relatively small, with the agent asking for help moving $12,000 out of the United States. The money, he said, came from smuggling people into the country illegally.

Ho agreed, and about a month later he did a similar transfer for $50,000 he thought came from smuggling firearms to Kenya. Next was $65,000 from AK-47s Ho was told would be illegally sent to Congo. He flew to Fort Lauderdale, Fla., on a private plane with one undercover agent and met another to pick up the cash, according to court documents.

Finally, he moved $25,000 for what he thought was another group of people smuggled into the United States in June 2016.

He had been videotaped talking freely about his involvement in illegal activity.

Ho offered ideas and advice about other illegal activity, including diamond and fake art smuggling, according to HSI officials. The sting operation was drawn out, the officials said, in part so they could learn as much as possible from Ho.

Ho wasn’t charged until September 2017, as agents worked to piece together the laundering he helped facilitate. He pleaded guilty in October.

Ho spoke to Onwa by telephone, email and Skype audio, but they never met. His lawyers say in a court filing that Onwa may be in Africa, and that law enforcement has not been able to find the “nameless and faceless swindler.”

BACKGROUND: Former Virginia Attorney Sentenced to 7 Years in Prison for Laundering and Attempting to Launder Over $2 Million

A former Vienna, Virginia attorney was sentenced today to 84 months in prison for conspiring to launder over $2 million dollars derived from a business email compromise scheme and for attempting to launder funds he believed to be the proceeds of smuggling illegal aliens into the United States and trafficking firearms in Africa.

Raymond Juiwen Ho, 48, pleaded guilty on Oct. 19, 2017 to one count of conspiracy to commit money laundering and one count of money laundering.  According to court documents, from at least March 2013 to February 2017, Ho engaged in a large-scale money laundering scheme that resulted in millions of dollars being moved through bank accounts (some of which were attorney trust accounts) that Ho or his co-conspirators controlled.  Specifically, between July and November 2014, Ho participated in a conspiracy in which co-conspirators sent emails from compromised or imitation accounts that duped victims into transferring money to accounts controlled by Ho and others.  Ho then laundered these stolen funds, moving them through and to accounts located in the United States and abroad.  Ho, who recruited others to aid his laundering activities, laundered over $2 million in unlawfully obtained funds.

Ho engaged in his money laundering business despite multiple instances of banks closing his accounts due to fraud and inquires by law enforcement.  Eventually, in November 2015, HSI initiated an operation in which undercover HSI agents sought Ho’s assistance in moving the proceeds of human smuggling and firearms trafficking between bank accounts located in the United States and overseas.  Ho engaged in four such transactions between December 2015 and June 2016, involving over $175,000 that he believed were the proceeds of the illegal smuggling and firearms trafficking activity.

Throughout the criminal conduct described above, Ho was a practicing attorney for an intellectual property law firm based in Washington, D.C.  As part of this case, he has surrendered his bar licenses from Georgia and the District of Columbia.

This entry was posted by admin on February 24, 2018 at 4:14 pm, and is filed under EVIDENCE. Follow any responses to this post through RSS 2.0. Both comments and pings are currently closed.