IF YOU HAVE EVIDENCE REGARDING SOPHISTICATED FRAUD or MONEY LAUNDERING ACTIVITIES BY HUMBERTO MANUEL AZUAJE AVENDANO (aka: Humberto Manuel Azuaje, Humberto Manuel Avendano), CONTACT US AT THE SKYPE NAME ON TOP OF THIS PAGE.

HE HAS FAMILY IN VENEZUELA, + MAY NOW BE USING A FAKE PASSPORT. 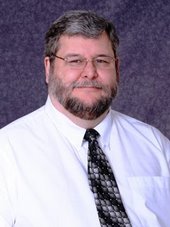 The Commission announced that on September 15, 2004, a Rhode Island federal court entered a default judgment against Robert M. Wachtel, a defendant in an action filed by the Commission in April 2002. The Commission alleged in its complaint that Wachtel and others participated in a fraudulent offering scheme that raised at least $52 million from investors. In the default judgment, the Court permanently enjoined Wachtel from future violations of the antifraud provisions of the federal securities laws and ordered him to pay approximately $16.6 million in disgorgement, interest and a penalty.

The Commission announced today the filing of an emergency action against Martin D. Fife, a Dreyfus fund director, Dennis Herula, a former Raymond James broker, Mary Lee Capalbo, a Rhode Island attorney, Charles Sullivan, a former New England Patriots official, and others in connection with a fraudulent scheme that raised at least $52 million from investors between 1999 and 2001. the federal district court in Rhode Island on April 3 entered ex parte temporary restraining orders and asset freezes against Fife and others in connection with this conduct. The Commission alleged in its complaint, filed on April 1, that British citizen Michael Clarke and others promised investors exorbitant returns (such as a nearly 300% return in twelve banking days) through a high yield trading program purportedly operated by Fife under various names, including Brite Business and Seaview Development and Holdings, Ltd. According to the Commission’s complaint, these representations were false because such high yield trading programs do not exist, and several of the defendants have misappropriated or otherwise failed to return over $20 million to investors. The complaint alleges that, within the past few months, certain of the defendants have either continued to attempt to solicit investors or have made misrepresentations to investors regarding their investments.

According to the Commission’s complaint, Clarke began soliciting investors through Brite Business in 1999. Fife, who currently serves as a director of several Dreyfus mutual funds, purportedly ran the Brite Business trading program, which he described as a “credit enhancement” or “balance sheet enhancement” program involving, among other things, the purchase of T-bills on margin. The complaint alleges that Fife told one investor that his funds were absolutely safe and that his trading program had been successful when, in fact, Fife had already lost a significant amount of investor funds in his trading program. The complaint alleges that, between 1999 and 2001, Clarke and Fife misappropriated, transferred or lost approximately $13 million in investor funds. During this period, most of the Brite Business investor funds were maintained in a brokerage account in Rhode Island at Raymond James Financial Services, Inc. The complaint alleges that Dennis Herula, the registered representative for the Brite Business account, and his wife, Rhode Island attorney Mary Lee Capalbo, played integral roles in the fraudulent scheme and also misappropriated approximately $8 million in investor funds. According to the complaint, Herula solicited an investor for Fife’s trading program in 2001, and Herula and Capalbo have both made false statements or provided forged account statements to investors within the past several months. The complaint alleges that Herula and Capalbo have recently taken steps to dissipate assets, including placing their $5.5 million house on the market and attempting to transfer money to offshore accounts.

The complaint alleges that several other individuals participated in the fraudulent scheme. Sullivan, a non-practicing New York lawyer whose family formerly owned the New England Patriots NFL franchise, incorporated Brite Business in the U.S. and made false statements to investors concerning their investments. The complaint also alleges that Robert Wachtel, of California, and Johan Hertzog, of Florida, collectively helped Clarke solicit $20 million in investor funds, and that, in December 2001, Fife’s associate, Farouk Khan, of New Jersey, attempted to solicit an additional investment in the trading program from a Brite Business investor.

The Commission alleged in its complaint that (i) defendants Herula, Capalbo, Fife, Khan, Seaview, Clarke, Wachtel and Hertzog violated Section 17(a) of the Securities Act of 1933, Section 10(b) of the Securities and Exchange Act of 1934 and Rule 10b-5 thereunder; (ii) Sullivan and Capalbo aided and abetted violations of the above provisions of the securities laws; and (iii) Fife violated Sections 206(1) and 206(2) of the Investment Advisers Act of 1940. The Commission also named as a relief defendant David L. Ullom of Rhode Island, who served as Herula’s supervisor at Raymond James and received approximately $190,000 in Brite Business investor funds. The Commission obtained entry of an order temporarily restraining Herula, Capalbo, Fife, Khan and Seaview from directly or indirectly continuing to violate the federal securities laws, an asset freeze against all defendants except for Sullivan, and other emergency relief. A hearing on the Commission’s request for a preliminary injunction has been set for Tuesday, April 9, at 10 a.m.

This entry was posted by admin on March 30, 2016 at 5:50 pm, and is filed under EVIDENCE. Follow any responses to this post through RSS 2.0. Both comments and pings are currently closed.