IN UK, UNEXPLAINED WEALTH ORDERS (UWOs) IN USE: HERE’S AT LEAST 5 CASES THE POLICE SHOULD CONSIDER TODAY!

Today, Unexplained Wealth Orders (UWOs) come in to force. They are a new investigative power designed to help law enforcement act on corrupt assets. This is something that Transparency International has been advocating for since 2014.

For more on what UWOs are and how they work in practice, see our brief guide here.

They are particularly useful where there is no realistic prospect of cooperation or conviction in the country of origin, but there are sufficient grounds for suspicion that an asset has been acquired with the proceeds of corruption. Based on open source information, we have pulled together five cases where we believe law enforcement should consider using UWOs in forming a case for civil recovery proceedings against potentially illicit wealth.

In 2015, the Organised Crime and Corruption Reporting Project (OCCRP) uncovered an £18 million mansion on Hampstead Lane, North London, belonging to the First family of Azerbaijan. According to Land Registry documents the mansion is owned by Beckforth Services Limited – an Isle of Man company. Official company documents from 2000 state that Beckforth was controlled by Ilham Aliyev, the country’s current President, and his wife Mehriban, who is his now Vice President. In 2012 the registered shareholder was recorded as Leyla Aliyeva, Ilham and Mehriban’s eldest daughter. Since then it has been recorded as a British Virgin Island company, Sonymore Limited, and then another Isle of Man company, Locki Limited, of which Leyla was the sole shareholder until 2014. Since then Locki’s registered shareholder has also been Sonymore and its current shareholder is itself as a trustee of another company.

At the time the property was bought Ilham Aliyev was Vice President of the country’s state-owned oil company, SOCAR, and his father was the country’s President. There is no public documentation about Ilham’s wealth or income at the time when the house was purchased. However, the First family of Azerbaijan are alleged by the OCCRP to have collected vast amounts of personal wealth by abusing their positions of power. Ilham Aliyev has been the country’s President since 2003 and currently has an official annual salary of £75,000. Although elected officials are not yet required to publish the details of their assets, latest estimates by the OCCRP claim the Aliyev family hold a global property portfolio worth at least £100 million, including £41 million in London real estate.

In 2014 the First Deputy Prime Minister of Russia, Igor Shuvalov, published an anti-corruption declaration which showed amongst other properties, he rented a flat in London just 10 minutes’ walk from the Houses of Parliament. Contrary to this, however, anti-corruption campaigner Alexey Navalny alleges that Shuvalov owns flats Flat 138A and Flat 138B in 4 Whitehall Court, which in total are worth £11.44 million.

Land registry documents show the properties are owned by Sova Real Estate LLC, which according to official records obtained by Navalny indicate is owned by Shuvalov and his wife. It is unclear how Shuvalov was able to afford the apartments. His 2014 asset declaration lists his official salary as £112,000 meaning it would take him 76 years to pay for these Westminster properties. The value of the flats also exceeds the joint wealth of Shuvalov and his wife, which are listed on his 2014 declaration as £634,000.

When questioned about his ownership of foreign properties, Shuvalov acknowledged that he owned a number of properties through holding companies in a 2014 interview however Navalny claims he has never spoken publicly about the London property. 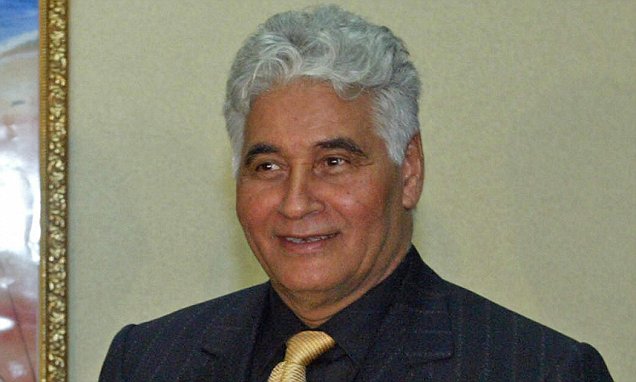 These two properties, worth a combined value of £1 million, are owned by a British Virgin Islands (BVI) company called ATT Universal Holdings Limited. According to a Buzzfeed investigation in 2016, this BVI company is controlled by Ahmed Mahmoud Azwai, a former Major General during Muammar Qaddafi’s regime who was responsible for the country’s long-range missile stockpile.

We understand from available information that the state salary for Major General’s in the Libyan arms is around £4,000 per year. During his time in public service he did not release any declarations stating his personal assets or income. 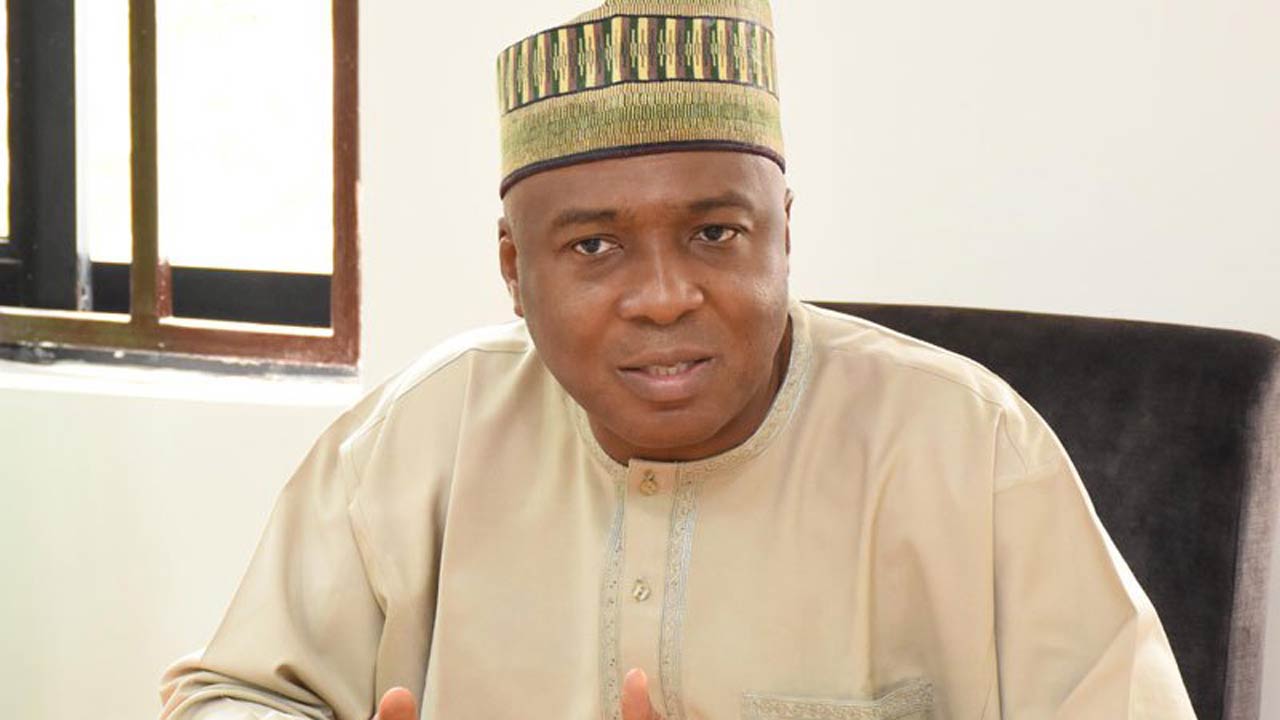 Land Registry documents show that these two addresses are owned by Landfield International Developments Limited and Renocon Property Development Limited. Based on current market estimates by Zoopla, the properties are worth a combined total of around £15 million. According to data released as part of the Panama Papers, these companies were controlled by Toyin Saraki, the wife of the President of the Nigerian Senate, Bukola Saraki as well as one of his personal aides. At the time of these revelations, none of these offshore holdings were reported in Saraki’s official asset declarations.

Previous public disclosures by Saraki have indicated he has high levels of unexplained wealth. In 2003, his asset declaration showed he had amassed tens of millions of pounds worth of assets during his time as director of Société Générale Bank and Special Assistant to the President on Budget. The explanation he provided for these acquisitions was stated simply as “business”. Saraki is involved in an ongoing court case around allegations of false asset declarations from his tenure as Governor of Kwara state.

When asked by The Guardian about these properties, Saraki stated said he had declared all his assets correctly and in accordance with Nigerian legislation. 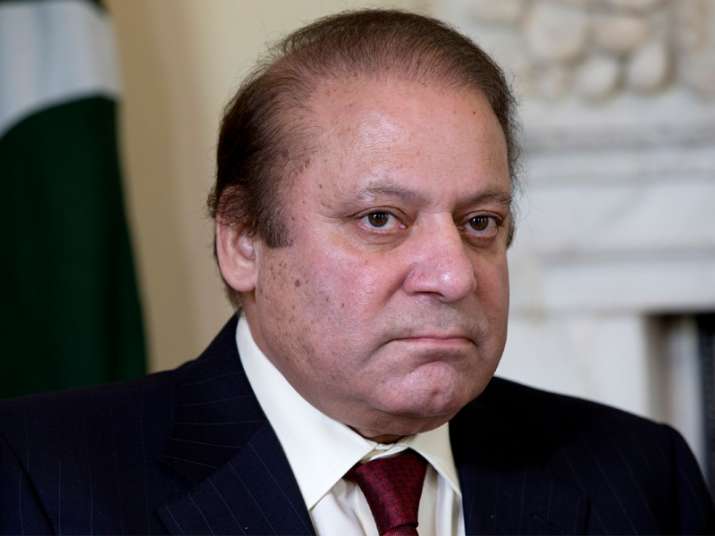 Land Registry documents show that these four properties are owned by two companies registered in the BVI: Nescoll Limited and Nielsen Limited. According to information published as part of the Panama Papers, these companies were controlled by the former Prime Minister of Pakistan, Nawaz Sharif. In 2017, Pakistani authorities initiated an investigation into these assets, which found that they were purchased without a mortgage between 1993 and 1995, just after Sharif reported a growth in wealth without any plausible declared source of income. *In July 2017, Sharif was removed from office after the investigation found that he had failed to disclose these properties on his official asset declaration.

This month, the U.K.’s new anti-money laundering rules officially went into effect alongside a publicity campaign from the country’s security minister, which referenced a new TV crime show co-produced by the BBC and AMC.

The new rules, called unexplained wealth orders (UWOs), enable authorities to freeze assets and seize property valued over £50,000 if the purchases are higher than the buyer’s income; individuals under investigation via the UWOs must then disclose the legal source of their wealth in order to regain their assets. (The New York Times’ Interpreter columnists noted UWOs bore a similarity to American civil forfeiture system.)

According to The Telegraph, authorities estimate about £90 billion is laundered via the U.K. each year — a figure double the country’s annual defense budget, as security minister Ben Wallace noted in a column he wrote for The Sun.

“Denying international crooks the safe haven of London property and high value possessions will mean we can strike at the things that matter most to them,” wrote Wallace. This entry was posted by admin on February 25, 2018 at 2:33 am, and is filed under EVIDENCE. Follow any responses to this post through RSS 2.0. Both comments and pings are currently closed.