Money laundering is more than a financial crime. It is a tool that makes all other crimes possible – from drug trafficking to political crimes. And banks make it all possible.

According to the United Nations, the estimated amount of money laundered globally in one year is 2 to 5% of the global GDP, or $800 billion to $2 trillion, with more than thank 90% of money laundering going undetected today.

DO YOU know money laundering when you see it?

THEWHISTLEBLOWERS was born November 2012 as a “FREE” website at http://thewhistleblowers.wordpress.com/

THEWHISTLEBLOWERS is a 1 of a kind news + investigation platform which has become a disruptive, respected presence in the world of offledger money laundering. 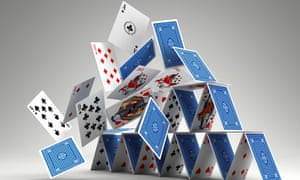 Today, the world is on fire with spreading corruption, criminality + terrorism. The fuel for this fire is money laundering + it can only occur with the collusion of corrupt bankers. The core objective of THEWHISTLEBLOWERS is to uncover, penetrate, monitor, expose + when decided to destroy sophisticated offledger money laundering networks.

>>Our 1st investigation, starting in 2012, was into an organized crime group (OCG) that had been a sophisticated international money laundering operation for over 20 years. It used shell companies called PB Trading SA , Rosabranca International Corporation + Bladdick Corporation SA + lurked behind primarily counterfeit ABN Amro Bank documents. While this investigation is still ongoing, THEWHISTLEBLOWERS has identified 4 major purveyors of their counterfeit ABN Amro Bank documents + has shut down that criminal operation with 2 1/2 years of exposure.

>>Another investigation by THEWHISTLEBLOWERS, starting in 2013, was into a Brazilian based PB Trading SA affiliated group headed by Silvana Neves + Ruy Silva. Their flagship shell called Safaro International Corporation Limited led a UK shell platform involved in sophisticated international fraud + money laundering. As a result of our exposure, which severely impacted their crime businesses, Safaro International Corporation Limited is under proposal to be “striken off” in the UK + that OCG now has only 5 active UK shell companies left out of 34.

>>THEWHISTLEBLOWERS investigation into Leonard Dillon Kaijuka in 2014 uncovered his collusion with a political candidate in South Korea that came very close to creating a money laundering operation using counterfeit ABN Amro Bank documents for a major development proposal at Jeju Island. Press coverage of his sophisticated money laundering scheme + our exposure of it can be seen on the PRESS page.

>>Also, in 2014, THEWHISTLEBLOWERS uncovered + exposed a fake African Prince named Moustapha Ndiaye who partnered with notorious Nagy Shehata + Roy Gillar in using counterfeit ABN Amro Bank documents for the creation of a money laundering center in Brazil. Our exposure of this criminal; conspiracy in Brazil saw the fake Prince arrested in Senegal + the abandonment of their plans in Brazil. Press coverage of this incident can be seen on the PRESS page.

>>Another success in 2014 was the uncovering + exposure of the Sunil Chatterjee (aka: Souray Chattopadhyay, Sourav Chattopadhyay) fraud + money laundering operation based in Switzerland with the Swiss shell called Global Vision Investment SA which is now in liquidation + named on the FNMA Warning List.

>>In 2015, Leticia Castro + Jimmy Matute were arrested by FBI for fraud + money laundering. Since 2013, she has been repeatedly exposed on THEWHISTLEBLOWERS.

>>In 2015, THEWHISTLEBLOWERS continued its investigation into Richard Granier + the counterfeit Bladick Corporation bank guarantees linked to the 2009 collapse of Greek insurance company Aspis Liv. The Founder + CEO, Paul (Pavlos) Psomiadis, was sentenced in 2012 to 8 years in prison for fraud + forgery. Bladick Corporation is part of a long running transnational fraud + money laundering mafia organization with leadership in Italy + Argentina.

>>In May 2016, after exposure by TWB, notorious transnational money launderer Julian Beardsley closed his flagship UK shell called Hestiun Finance (UK) Limited. So far, he has closed over 1,000 shell companies + has gone off the radar. His signature operation was laundering money using Farm 41 + 42 accounts purportedly at Deutsche Bank via a separate non-bank server.

>>In December 2016, TWB uncovered counterfeit Deutsche Bank documents + spoofed Deutsche banker emails being created by Fadi Alazam using this LinkedIn Profile https://www.linkedin.com/in/fadi-alazam-a3135a120 at this phony website http://www.eurogroup-uae.com/ for use in FARM 42 DTC transactions. Place his name in the search window on the EVIDENCE page to see his associates.

>>In December 2016, TWB confirmed that Julian Beardsley was arrested by UK Met Police in 2015 for financial shenanigans at HSBC, was released on bail. His computers were seized. Since October 2013, TWB has been receiving information + reporting about his FARM 42 Account # 947259564 money laundering activities using an outside of bank server. Interestingly, no report of this arrest in the UK press.

>>In April 2017, Roy Gillar was arrested by the USA FBI for large sale fraud. TWB had profiled him, since 2012, as a member of an OCG involved in global fraud + money laundering.

>>In April 2017, TWB uncovered the largest Italian mafia (NDRANGHETA) were behind a shell company called CAPITAL MARKETS PLC / LTD that was doing large scale money laundering by the IP ID system from an account at CitiBank in Zurich.

>>In May 2017, Joseph Birch sentenced to 7 years 6 monthS in UK prison for fraud + money laundering. In 2013, he was exposed on THEWHISTLEBLOWERS.

>>November 2018, dual listed penny stock named American Cumo mining Corporation, exposed by TWB in September 2017 as being a Farm 42 money laundering vehicle, had a CTO issued by the Canadian stock exchange + next day lost 80% of its stock value on the still open American OTC exchange.

>>May 2021, TWB shut down Kimberly Ann Goguen (Manna World Holding Trust). She was connected to Lambros Kalogeros using accounts at Bank of NY for money laundering large scale counterfeit currency into the legal money supply as part of the Project Hammer apparatus.

1. ALTERNATIVE WORLD (10,400+ members and growing). This group is for all alternative asset professionals.

2. $/€ PRIVATE BANKER WORLD (GLOBAL PRIVATE BANKING PROFESSIONALS). This group is only for professional private bankers around the world (2400+ members and growing).

3. POLITICAL WORLD (900+ members and growing). This group is only for astute people who understand how politics affects their lives + how political power can leverage their professional careers.

5. COMPANIES FOR SALE ONLY IN USA (200+ members and growing). This group is only for buyers and sellers of mid-market companies only in USA.