ABOVE + BELOW – Impeached President Dilma Rousseff

Impeached President Dilma Rousseff has been convicted on a 61-20 vote by the Brazilian Senate, removing her from power in a move she denounced as a coup.

The Wall Street Journal describes Rousseff as “a former leftist guerrilla who defied a dictatorship, but struggled as Brazil’s president amid a troubled economy and a fractious political climate.” She was the first female president of Brazil.

More specifically, the BBC says Rousseff was accused of illegally “moving funds between government budgets,” to “plug deficit holes in popular social programmes to boost her chances of being re-elected for a second term in October 2014.”

“The outcome was widely expected, though only partly because of the legal evidence marshaled against her,” the Journal writes. “Well before the trial’s final phase opened last week, Ms. Rousseff’s administration had been upended by a brutal recession and a massive corruption scandal at the state oil company that splintered her political base and devastated her popular support.”

Rousseff has been replaced by former Vice President Michel Temer, through the end of her second term in 2018. Unsurprisingly, opinions are divided on whether Rousseff’s ouster will satisfy the Brazilian public, or if Temer will, in turn, fall to widespread public anger at a thoroughly corrupt system and sagging economy.

The Journal doesn’t take it as a good omen that Temer was “loudly booed at the opening ceremonies of the recent Olympics in Rio de Janeiro.” Rousseff has described her former ally as a “usurper,” and implied he was a racist for filling his Cabinet with white men.

The BBC adds that Temer’s critics say he is planning to “cut many of the popular social programs introduced by the Workers’ Party.”

USA Today describes the Senate’s conviction vote as “an emotionally charged late-night debate,” with Rousseff insisting on Monday, “I did not commit the crimes that I am arbitrarily and unjustly accused of… We are one step away from a real coup d’etat.”

“I know I will be judged, but my conscience is clear. I did not commit a crime,” she told the Senate, suggesting many of the lawmakers judging her were corrupt themselves, and were persecuting her to cover their own involvement in the massive bribery scandal surrounding Brazil’s national oil company, Petrobras.

“From the day after I was elected, several measures were taken to destabilise my government. And you have been systematically making accusations against me,” Rousseff lectured her adversaries. 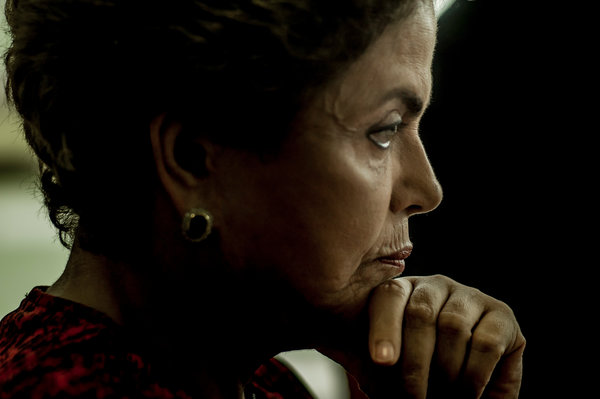 This entry was posted by admin on August 31, 2016 at 11:32 pm, and is filed under EVIDENCE. Follow any responses to this post through RSS 2.0. Both comments and pings are currently closed.