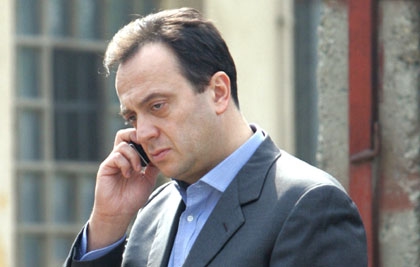 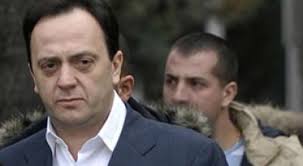 A special prosecutor in Macedonia announced Wednesday it was investigating four interior ministry and counter intelligence officials for allegedly defrauding the state of hundreds of thousands of dollars in a deal to buy surveillance equipment. Organized Crime and Corruption Reporting Project (OCCRP) partner Nova TV has reported a relative of the former prime minister is among the suspects.

The investigation is the latest step by a special prosecutor set up in the Balkan country after the release of mass wiretaps last year of roughly 20,000 people allegedly ordered by former Prime Minister Nikola Gruevski. The recordings allegedly show wrongdoing by former officials, including Gruevski himself.

Prosecutors allege that the accused profited in a 2010 deal by unecessarily running the purchase from an unnamed British company via a Macedonia-based company, Finzi DOOEL, and then marking up the resale price. Finzi allegedly profited €577,045 (US$ 647,646) in the deal, gaining an additional €285,000 in a deal for maintenance in 2015.

Prosecutors did not specify what was purchased in 2010, but Nova TV has reported that the deal likely involved FinFisher, a controversial piece of surveillance software that allows governments to gain control of individuals’ electronic devices.

Special prosecutor Fatime Fetai said the director of Finzi was a blood relative of one of the suspects, but did not elaborate.

Authorities have not yet spelled out exactly who was behind Finzi. The Macedonian company was owned via a series of shell companies in the United States and Cyprus, which effectively obscured its ultimate owners.

The registered manager of the Macedonian company, Kosta Krpac, a witness in the case, was found dead in his apartment in Skopje in April with a reported gunshot wound to the chest. Authorities ruled his death a suicide.

This entry was posted by admin on September 30, 2016 at 11:54 am, and is filed under EVIDENCE. Follow any responses to this post through RSS 2.0. Both comments and pings are currently closed.