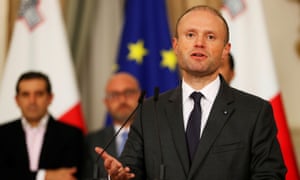 Malta’s prime minister, Joseph Muscat, has told associates he plans to resign imminently after the political and legal crisis stemming from the murder of journalist Daphne Caruana Galizia engulfed his government this week.

His decision follows the arrest and questioning of one of Muscat’s key allies by police investigating the 2017 murder of the prominent investigative journalist, who had exposed corruption at the highest levels of government and business circles in Malta.

After two years of stalled investigations into the murder, the authorities in the Mediterranean country have moved rapidly in recent days, with a series of arrests that have destabilised Muscat’s government. Earlier on Friday, following an unscheduled cabinet meeting that ran through the night, Muscat had vowed to stay in the job until the investigation was complete.

However, details of a split within his cabinet soon emerged. It is now understood he plans to make a televised address to announce his departure. The exact timing is to be decided, with local media saying the prime minister was waiting for news of whether the police charge a businessman suspected of ordering Caruana Galizia’s assassination.

The deputy prime minister, Chris Fearne, is understood to be ready to take on the role of acting prime minister until a new leader is selected in January.

This week, two ministers and Muscat’s chief of staff stepped down from their posts. The chief of staff, Keith Schembri, was arrested on Tuesday and released late on Thursday without being charged. He denies any wrongdoing.

Early on Friday, Muscat’s cabinet turned down a request for pardon by the main suspect, the businessman Yorgen Fenech, in return for information about alleged conspirators. Fenech was detained while trying to leave Malta on his yacht last week.

Caruana Galizia, Malta’s best-known investigative journalist, was killed on 16 October 2017 when a bomb placed under the driver’s seat of her rental car was remotely detonated.

In February 2016 she had used a leak of offshore information known as the Panama Papers to reveal that Muscat’s energy minister, Konrad Mizzi, and his friend Schembri had become the beneficiaries of secretive Panama shell companies shortly after entering office.

The EU’s smallest member state has come under unprecedented international scrutiny, with politicians across Europe raising concerns about the rule of law.

Sven Giegold, a German Green MEP, who took part in a European parliament mission to Malta on the case, said on Friday: “Joseph Muscat’s resignation was long overdue. But his resignation must not be a substitute for a comprehensive investigation into the murder of Daphne Caruana Galizia. Financial crime and corruption on the island must end. Those responsible must be identified and convicted. We owe this not least to Daphne and her family.” 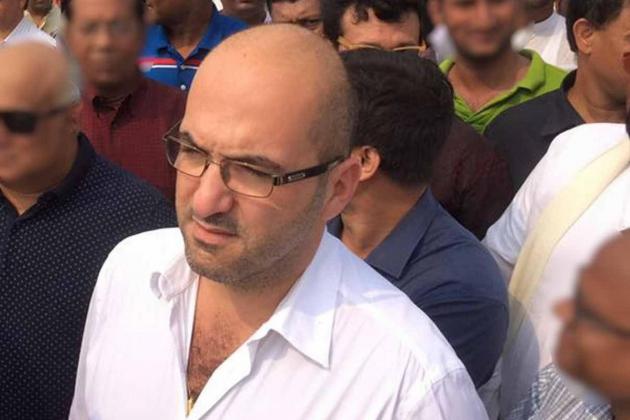 During a hearing for Fenech on Thursday, his lawyers deposited in court a letter to Malta’s president, George Vella, formally asking for a pardon. It stated that Fenech was ready to supply information related to, among others, Schembri, Mizzi and Chris Cardona, who suspended himself from the post of economy minister earlier this week. The letter described all those he was prepared to give evidence against as being “close to the prime minister”. 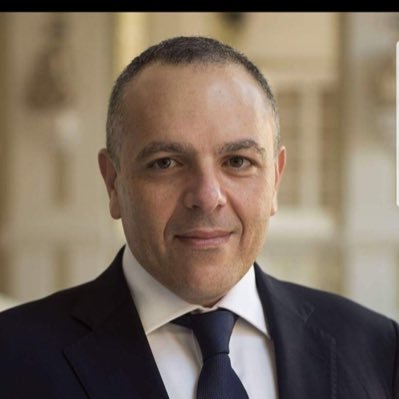 ABOVE – Keith Schembri was the Chief of Staff to the Prime Minister of Malta, Joseph Muscat from 2013 to 26 November 2019. He managed the 2013 electoral campaign that saw the Labour Party elected with the largest margin of victory in Malta since its independence.
BELOW – Konrad Mizzi is a Maltese Labour politician, currently serving as a Member of Parliament and as the Minister for Tourism in Malta.

BELOW –  Christian “Chris” Cardona is a Maltese politician and lawyer. Cardona declared upon resigning that he had “absolutely no connection with the case”, but had decided to step back “in the national interest” after being questioned by police last weekend. Mizzi, who resigned on Tuesday, said he had not committed any crime but was leaving “in light of political, extraordinary and general circumstances in the country”. Schembri’s lawyer did not respond to a request for comment.

Adding pressure on Muscat was a rebuke from the Council of Europe’s commissioner for human rights. In a letter to Muscat that was released on Friday, Dunja Mijatović said she was “seriously concerned” by allegations of political interference in the investigation. She urged the government “to ensure that the investigation is fully independent in order to bring long overdue justice to her family and Maltese society as a whole”.

Earlier on Friday, Jean-Claude Juncker, the outgoing European commission president, declined to comment on the unfolding scandal, saying he didn’t have the details. At a press conference on his last day in office, Juncker said he was “highly concerned” about the rule of law across the EU: “As far as the rule of law is concerned I am worried [that] in more than one country the rule of law is not respected entirely.”

This entry was posted by admin on November 30, 2019 at 1:04 pm, and is filed under EVIDENCE. Follow any responses to this post through RSS 2.0. Both comments and pings are currently closed.