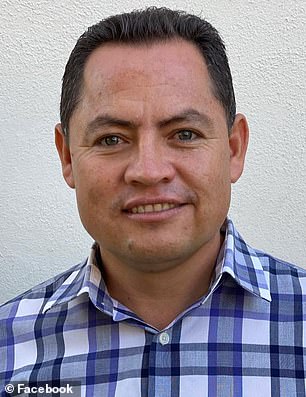 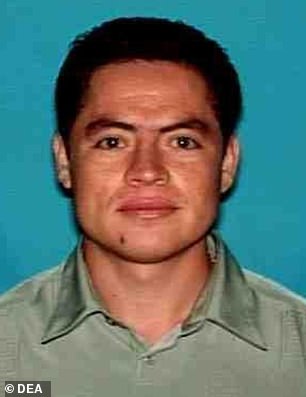 The DEA website states that Portillo Jaramillo ‘may be armed and dangerous.’ It state’s his last known address as in Houston, Texas.

The organization told Mexican News Daily that Portillo Jaramillo is the person they are looking for and that there are no doubts about his identity.

Michoacán state public security chief Israel Patrón Reyes told reporters Wednesday that authorities had reached out to the United States embassy and confirmed that a ‘Rogelio Portillo Jaramillo’ who shared the same personal data and physical features as the mayoral candidate is wanted by the DEA for conspiracy to traffic drugs to the United States.

Portillo Jaramillo’s uncle, Marcelino Portillo Mendoza, is also wanted by the DEA for alleged drug trafficking and has been identified as being a high-ranking leader within the Jalisco New Generation Cartel.

His other uncle, Gregorio Portillo Mendoza, is the mayor of Zirándaro, a municipality located in the southern state of Guerrero.

BELOW – Marcelino Portillo Mendoza, who is wanted by the DEA for drug trafficking, is said to be the uncle of Michoacán mayoral candidate Rogelio Portillo Jaramillo 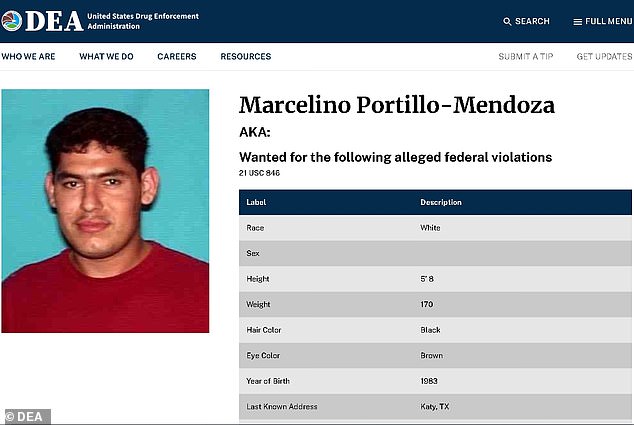 BACKGROUND: Mayoral candidate for a Mexican city is on DEA’s Most Wanted list, family members linked to narco cartels

http://www.borderlandbeat.com/2021/04/mayoral-candidate-in-michoacan-is-on.html
Portillo-Jaramillo’s family has long been accused of having ties to drug cartels. His uncle Marcelino Portillo Mendoza is also on the DEA’s most-wanted list for outstanding drug trafficking charges.
His cousin Francisco Jaramillo Valdovinos (alias “Chico Jaramillo”), is a suspected leader of a CJNG cell in Michoacan. This cell currently competes with Jose Gonzalez Pineda (“Don Jose”) and Johnny Hurtado Olascoaga (“El Pez), leaders of the rival La Familia Michoacana.
Huetamo municipality, where Portillo-Jaramillo is running, borders the state of Guerrero in southern Mexico. His uncle Gregorio Portillo Mendoza was mayor in Zirándaro, Guerrero, about a 30 min drive from Huetamo. In 2019, La Familia Michoacana accused him of being involved with the CJNG. He was kidnapped in March 2021 and released hours later.

This entry was posted by admin on April 29, 2021 at 8:00 am, and is filed under EVIDENCE. Follow any responses to this post through RSS 2.0. Both comments and pings are currently closed.