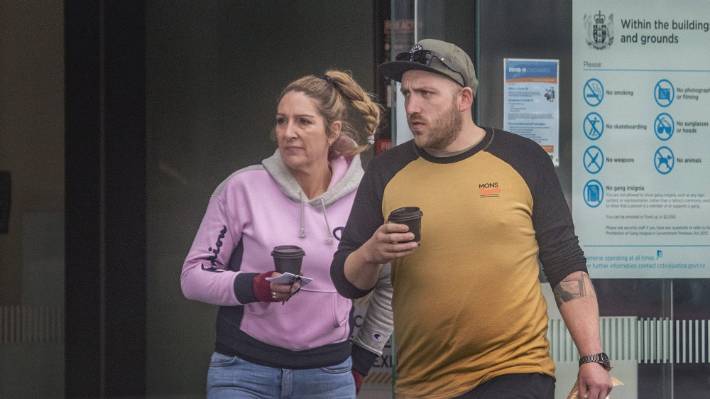 A pet and garden supply store operator accused of laundering dirty money for a multimillion-dollar drug syndicate says police have “got it wrong”.

Kane McNeill, 29, and his mother Joanna, 46, were among five people arrested last Wednesday as police investigating the cultivation and supply of cannabis in Christchurch seized about 200 plants and froze assets – including residential and commercial property, vehicles, jet skis, a caravan and cash – worth more than $2.5 million.

The pair jointly operate Pet and Garden Supplies on Fitzgerald Ave, which was among several properties searched as part of the investigation.

Stuff understands police will allege some money earned from the sale of the cannabis was laundered through the business, which sells garden supplies, including hydroponic equipment, and pet food.

McNeill and his mother are charged with supplying equipment to cultivate cannabis and money laundering.

He is also accused of growing and selling cannabis.

The pair attended Christchurch District Court on Tuesday and received a registrar’s remand.

They will appear in the court on June 19, along with the three other people, including McNeill’s father, Kyle Smith, who were arrested.

McNeill told Stuff he was “shocked” when police knocked loudly on the door of his home last week and told him they had a search warrant.

He had no idea he had been under surveillance for weeks.

McNeill, who has yet to appoint a lawyer, declined to comment about the cannabis cultivation and supply charges he faced, other than to say he was not part of a drug syndicate.

Police had “got it wrong” if they thought he and his mother were laundering money through Pet and Garden Supplies, he said.

“The business has got nothing to do with it … I don’t understand how they’ve tied the two together.”

The two days prior to Covid-19 alert level 4 were among the busiest the store had experienced.

Many customers paid in cash “and it’s been that way since the business has been alive”.

“It’s legal tender – there’s nothing wrong with it.”

On Wednesday, police said they’d searched nine properties across Christchurch as part of the operation.

Stuff understands cannabis was found growing at several of those locations, including a commercial warehouse.

An AR-15, a banned military-style semi-automatic rifle, was also seized.

The investigation involved members of the police’s asset recovery unit, a ring-fenced team dedicated to targeting the proceeds of crime.

Smith is charged with importing a class A drug, cultivating cannabis and selling cannabis.

He appeared in court last week and was remanded in custody.

Two other men, aged 23 and 28, face charges related to growing and selling cannabis.

The 28-year-old is also charged with unlawful possession of a firearm.

This entry was posted by admin on June 3, 2020 at 10:53 am, and is filed under EVIDENCE. Follow any responses to this post through RSS 2.0. Both comments and pings are currently closed.