NIGERIA: SENIOR POLITICIAN’S USD$120K MERCEDES GIFT TO WIFE causes many to question where did he get the money 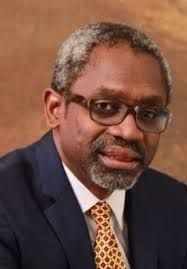 ABOVE – Majority leader of the House of Representatives, Femi Gbajabiamila

Majority leader of the House of Representatives, Femi Gbajabiamila, has triggered a barrage of attacks to himself after he surprised his wife, Yemisi, with a gift of Mercedes G-Wagon, selling for between N75m and N100m in Nigeria. The gift on 27 May was to commemorate the wife’s 50th birthday.

A Mercedes Benz G-Wagon has a factory price of about $120,000, depending on its trim type.

But in Nigeria, it goes for between N70m and N360m. However, the lawmaker has opened himself to attacks in the social media for the gesture, first for making the gesture public and second, for the high cost of the gift.

“He could still have given same car without the fanfare”, wrote Temitope Ajayi on Facebook.

“Bad! How can you do that in such a country where people find it difficult to eat and pay bills? I’m sure there are people in his extended family who need help… Insensitivity, selfishness and ostentation. Shit!”,said Marufh Bello, also on Facebook.

And Julius Ogunro added: “The question is: where did he get the money from? Is it his legitimate earnings? Or did he ‘scheme’ the system? Whatever the answer, it is very bad, and sad that a public official without any other legitimate earnings can afford such luxury. God help us!”

Gbajabiamila represents Surulere, Lagos in the House of Representatives. He is a member of the All Progressives Congress. He was first elected in 2003.

He was re-elected in 2007, 2011 and 2015. Now he is working getting a fifth term. He was educated at Igbobi College in Yaba, Lagos, King William’s College on the Isle of Man, United Kingdom, John Marshall Law School in Chicago, Illinois, United States, and the University of Lagos in Lagos.

This entry was posted by admin on May 29, 2018 at 11:38 am, and is filed under EVIDENCE. Follow any responses to this post through RSS 2.0. Both comments and pings are currently closed.