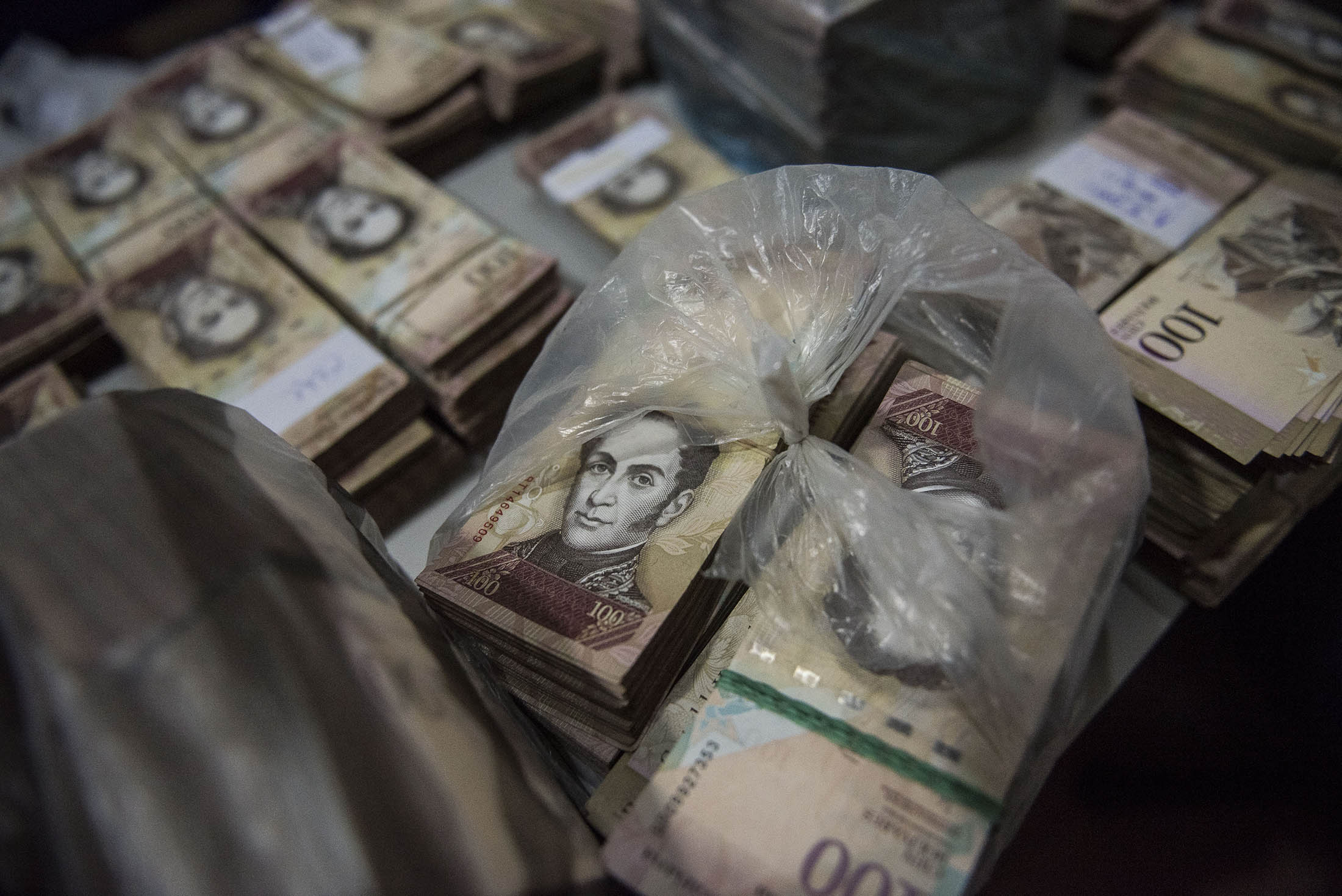 Paraguay has seized 25 metric tons of Venezuelan currency, an illustration of how this soon to be worthless cash is highly valuable to counterfeiters looking to convert it into US dollars.

The stash of 50 and 100 bolivar notes was found hidden in bags at properties belonging to an arms dealer in the Paraguayan city of Salto del Guairá, on the Brazilian border, Reuters reported. Authorities are still evaluating the value of the seizure, as well as the motive behind the theft of such a huge quantity of currency.

“One possibility is that [the money] was used to acquire dollars in the Venezuelan black market, or that it would have been used to counterfeit dollars given the high quality of the paper used for Venezuelan bills,” a police report states. Prosecutor Julio César Yegros told Monumental AM that the cash apparently entered the country from Brazil.

Venezuelan President Nicolás Maduro announced in mid-December 2016 that the 100 bolivar bill — which until recently was the highest value banknote — would be pulled from circulation. After numerous postponements, its withdrawal has been scheduled for February 20. Maduro said the removal of the 100 bolivar bill was meant to attack “mafias” in Colombia who were stashing cash in order to “destabilize the Venezuelan economy.”

On the surface, this seizure in Paraguay appears to give weight to President Maduro’s cash hoarding theory. But the fact that the stash was found far from Venezuela only days before the 100 bolivar note will become worthless means it’s more likely that the money was intended for counterfeiting purposes. With 100 bolivars worth a mere 3 US cents on the black market, the paper the money is printed on is of higher value to counterfeiters, who use it as raw material to print dollars.

Given that a single US bill weighs approximately 1 gram, the potential value of the seized currency would be over $2 billion dollars, if all the bill were made into $100 bills.

Although Paraguay may not stand out as a counterfeit currency hub — like, for example, Peru — there is evidence that such activities have been taking place for a number of years, especially in cities along the Brazilian border. It is also possible that the cash load was merely passing through this key transit country, facilitated by lax border enforcement.

This entry was posted by admin on February 15, 2017 at 8:12 pm, and is filed under EVIDENCE. Follow any responses to this post through RSS 2.0. Both comments and pings are currently closed.