ABOVE + BELOW – Pedro David Perez Miranda (aka: Peter Ferrari) 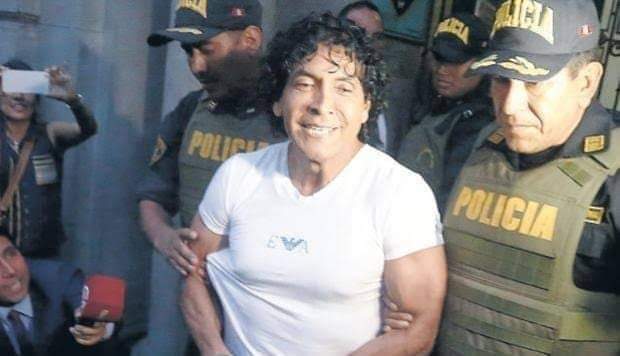 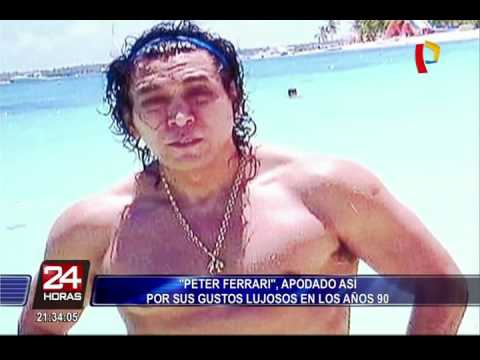 MIAMI — An infamous Peruvian gold trader at the center of a multibillion-dollar money laundering case in Miami has died of COVID-19 in his homeland, according to authorities and news accounts.

Pedro David Perez Miranda, 60, died Saturday at a hospital in Lima, Peru, after struggling with the coronavirus respiratory disease since late August.

His alias was “Peter Ferrari,” dubbed with that nickname by the news media because of his love for flashy cars, beautiful women and the yellow precious metal, gold.

Ferrari, who had been in custody in Peru before his hospitalization, was accused in a 2017 indictment of trading tons of gold illegally mined in the country’s rainforest and selling it to three Miami brokers at NTR Metals. They pleaded guilty to a $3.6 billion money laundering conspiracy were sentenced to several years in prison.

Ferrari, changed along with his two sons and a former bodyguard, had earned a notorious reputation as a suspected smuggler of “dirty gold” who used shell companies, straw owners, false paperwork and cash bribes to move the precious metal to lucrative markets in Miami and other parts of the United States.

Federal prosecutors alleged that South American drug traffickers washed their illicit proceeds from cocaine through the unlawful gold mining industry in the Madre de Dios region of Peru, where Ferrari was suspected of acquiring most of his precious metal for export to the United States.

Once the U.S. government receives formal confirmation of his death, the U.S. Attorney’s Office in Miami is expected to dismiss the single-count indictment against Ferrari. But his twin sons, Gian Piere Perez Gutierrez and Peter Davis Perez Gutierrez, and former body guard, Jose Estuardo Morales Diaz, could still be extradited for prosecution in Miami.

In their plea deals, NTR Metals three brokers, Samer Barrage, Renato Rodriguez and Juan Granda, admitted dealing with Ferrari as part of their smuggling of tainted gold between January 2013 and March 2017 for NTR, which was owned by Dallas-based parent company, Elemetal.

Prosecutors said the three brokers circumvented Elemetal’s anti-money-laundering compliance program by buying gold from Ferrari. An Elemetal compliance officer warned them about buying gold from the Peruvian, but they ignored the warnings and set up accounts at Elemetal for a series of “front companies” so they could buy and import $400 million worth of gold.

In total, the NTR brokers purchased $1 billion worth of gold from “collectors” of the precious metal in Peru during 2013, before Peruvian authorities began cracking down on the illegal mining and smuggling trade. Authorities there confiscated some of Ferrari’s shipments destined for NTR and other gold businesses in Miami.

In 2018, NTR’s parent company, Elemetal, pleaded guilty to failing to maintain an effective anti-money laundering program and paid a $15 million fine — $10 million in gold that was seized by the Peruvian authorities and $5 million to the U.S. government.

According to Barrage and Granda’s factual proffer in Case No. 17-cr-20215, from January 2013 through March 2017, Barrage, Rodriguez, Granda, and others conspired to purchase billions of dollars of criminally derived gold from Latin America and the Caribbean, which they believed to be or which in fact were the proceeds of unlawful criminal activities (including illegal mining, foreign bribery, foreign smuggling, foreign narcotics trafficking, and the entry of goods into the United States by false means and statements), through Elemetal LLC, a dealer in precious metals operating in the Southern District of Florida and “financial institution,” as defined in Title 18, United States Code, Section 1956(c)(6)(A), in violation of Title 18, United States Code, Section Sections 1956(h) and 1957.

In addition, Barrage, Rodriguez, Granda, and others conspired to promote criminal activities (including illegal mining, foreign bribery, foreign smuggling, foreign narcotics trafficking, and the entry of goods into the United States by false means and statements) by transmitting billions of dollars of wire payments from the United States to Latin America and the Caribbean to promote the delivery of additional criminally derived gold, in violation of Title 18, United States Code, Section Sections 1956(h) and 1956(a)(2)(A).

These cases are the result of the ongoing efforts by the Organized Crime Drug Enforcement Task Force (OCDETF) “Operation Arch Stanton”, a partnership between federal, state and local law enforcement agencies. The OCDETF mission is to identify, investigate, and prosecute high level members of drug trafficking enterprises, bringing together the combined expertise and unique abilities of federal, state and local law enforcement.

Mr. Hummel commended the investigative efforts of the DEA-Peru, FBI, ICE-HSI, DEA-Miami, and IRS-CI.  Mr. Hummel also thanked the Department of Justice’s Office of International Affairs, U.S. Customs and Border Protection, and the Peruvian Government for their assistance in this matter.  This case is being prosecuted by Assistant U.S. Attorney Francisco R. Maderal.

This entry was posted by admin on September 30, 2020 at 12:22 pm, and is filed under EVIDENCE. Follow any responses to this post through RSS 2.0. Both comments and pings are currently closed.