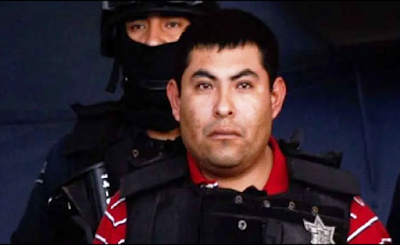 ABOVE – Jaime González Durán (aka: El Hummer)
BELOW – Valentine Elizalde

Journalist Raul Flores of Imagen is reporting that in the next few days, the Mexican government will extradite Jaime González Durán aka “El Hummer” to the United States.  Although he was arrested 11 years ago, it was not until 2015 that the United States Government initiated.his extradition and the process began.

González was one of the founders and  main leaders of Los Zetas. He will be tried in the District Court of Columbia for conspiracy, distribution and importation of cocaine.

Reforma is reporting that uan Mateo Brieba de Castro, Sixth District Judge in Criminal Amparo of Mexico City, also dismissed or dismissed the ex-military’s Amparo claim, after concluding that the extradition process complies with all legal formalities and there is no violation of his fundamental rights.

Reforma further reports that El Hummer may have the possibility of requesting a review from a criminal collegiate court, which could be granted or denied, it is not automatically given.

History of El Hummer
He was a violent leader and is the suspect in the murder of the famous band singer Valentine Elizalde.

Known as one of the most  bloodthirsty Zeta, he was born in the tiny humble town of Xolmón, in the municipality of Aquismón, San Luis Potosí.  At the time Xolmón had a population of less than 500, all indigenous people.

Gonzales was a member of the Special Forces Airborne Group (GAFE), with the specialty of locating, fighting and apprehending members of drug trafficking groups, but after seven years of service he defected as a specialized soldier.

He received specialized training by US forces and the Israeli Defense Force, 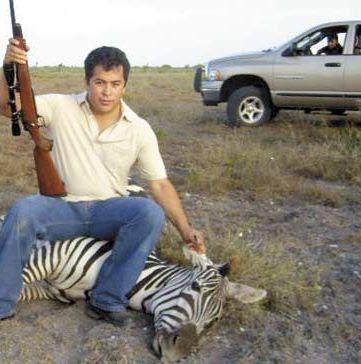 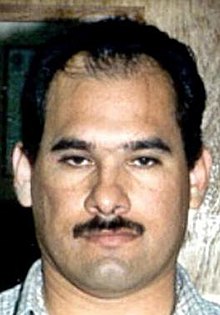 Defecting, Gonzalez, 27, would join Heriberto Lazcano Lazcano, 24, who, in turn, reported to Arturo Guzmán Decenas, 23, (former member of the Federal Judicial Police, and whose The code name for radio communications was “Z1”), with another 28 former military officers—31 members in total—they will formed the personal escort and armed wing for the leader of the Gulf Cartel Osiel Cárdenas Guillén, the elite body of the military deserters would be called “Los Zetas”.

He became Jefe de plaza in Reynosa Tamaulipas, from where he controlled the criminal activities of the Los Zetas group in at least five entities, including his native San Luis Potosí.

November 7, 2008, when he was arrested, Gonzales had one of the largest arsenals ever seen.

The Execution of  Singer Valentin Elizalde

In 2006, Valentin Elizalde,” El Gallo de Oro” his manager and driver were gunned down in an ambush after a concert in Reynosa during the Expo Reynosa.. The popular singer was only 27.

There was much speculation to why he was killed.  The most widely accepted, even referenced by the PGR, is that it was backlash over a song that honored El Chapo titled “To My Enemies”.  CDG was the prominent enemy of Sinaloa, thereby took the song as a message to them.  Zetas was the enforcer wing at the time, and they retaliated by killing the messenger.

Raul Barron aka El Flander and El Hummer were named as responsible for the killings.

BELOW – Raul Barron (aka:  El Flander) 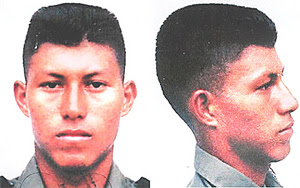 This entry was posted by admin on August 30, 2019 at 2:04 pm, and is filed under EVIDENCE. Follow any responses to this post through RSS 2.0. Both comments and pings are currently closed.