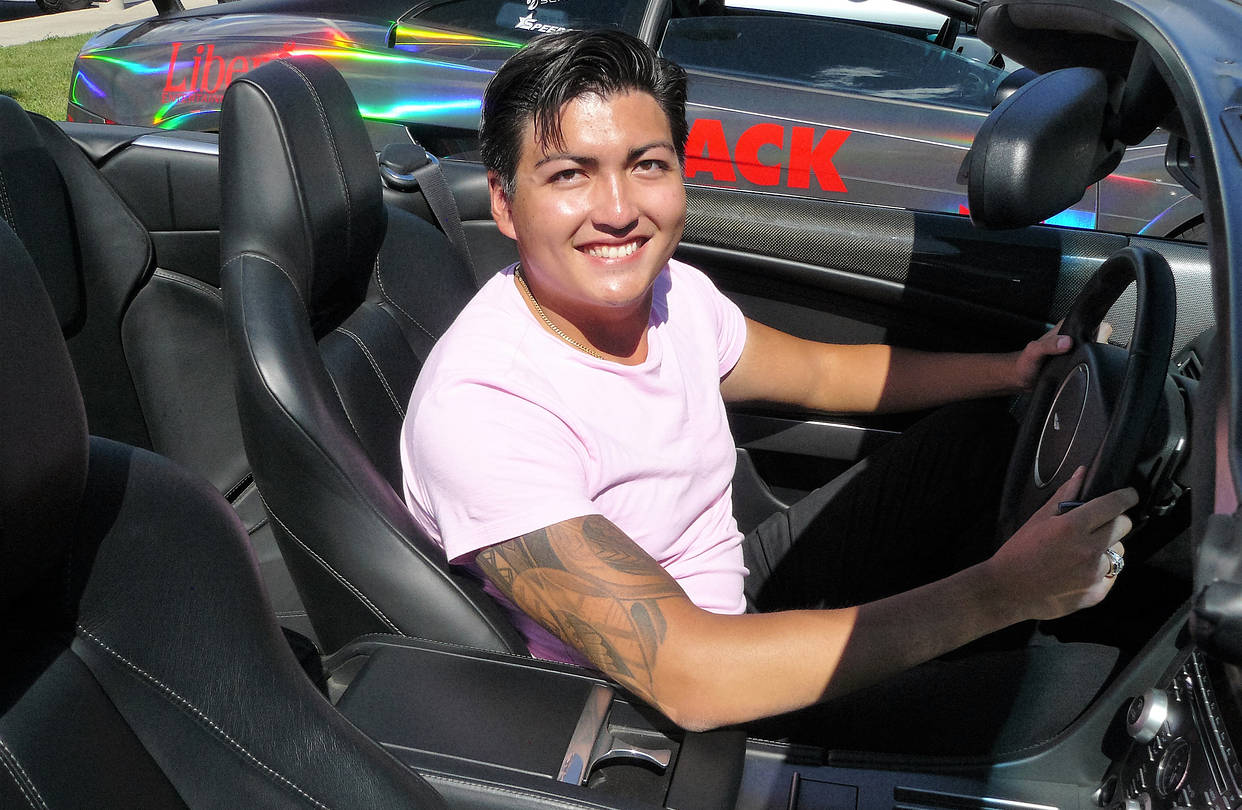 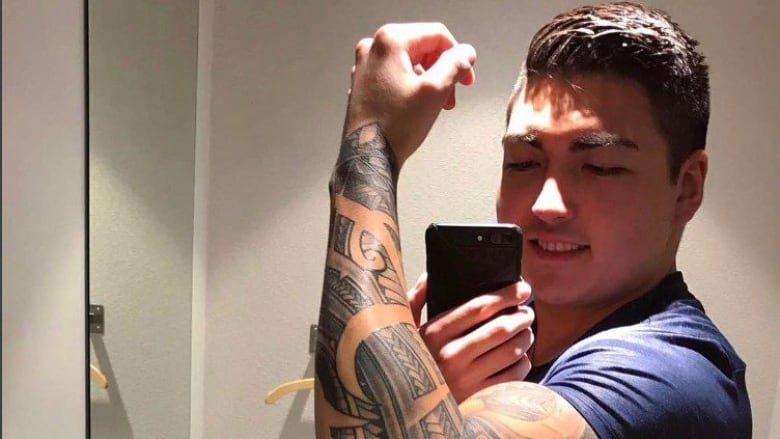 SAN FRANCISCO—A 23-year-old man who hacked into Gmail accounts on behalf of Russian intelligence was sentenced to five years in prison Tuesday, less than the government sought in a case trumpeted as a warning to cybercriminals and foreign intelligence services alike.

Karim Baratov, a Canadian citizen born in Kazakhstan, pleaded guilty to federal conspiracy and identity theft charges last November in connection with a black market no-questions-asked hacking service he operated from 2010 until his arrest in March 2017. Baratov charged customers about $100 to obtain another person’s webmail password, using phishing attacks that tricked users into entering their passwords into a fake password reset page. He cracked more than 11,000 accounts in Russia and the US before he was caught.

One of Baratov’s clients was an officer with Russia’s Federal Security Service, or FSB, who used an alias to commission hacks on 80 targets in all, including people in other Russian agencies, and government officials in neighboring Eastern European nations. Prosecutors had sought a sentence of seven years, 10 months in prison, in part to make other hackers think twice about offering their skills—knowingly or unknowingly—to hostile intelligence agencies.

“It is hard to catch these people,” Assistant U.S. Attorney Jeffrey Shih said in court. “And in terms of the state-sponsored connection, it really is a deterance concern.”

Only eight of the FSB-related hack attempts were successful, and the government and Baratov’s defense team agree that the hacker did not know that the commissions were coming from the Russian government.

U.S. District Judge Vince Chhabria had openly struggled to find the right sentence for Baratov, noting that he’s a relatively young defendant with no prior criminal history and strong family connections. In April, the judge unexpectedly postponed sentencing to give both sides more time to make their respective arguments.

Much of the discussion focused on weighing the seriousness of Baratov’s crimes compared to other hacking cases. Baratov’s lawyers argued for a 45 month sentence, arguing that his hacking was less serious than the large-scale thefts of credit card numbers that have drawn prison terms as high as 25 years in the United States. Prosecutors countered that Baratov was actually worse, because he targeted individuals on behalf of anonymous clients without regard for the consequences.

In the end, Chhabria sided with the government on that question, noting at Tuesday’s sentencing that Baratov believed most of his customers were jealous lovers checking on a partner. Jealous lovers, Chhabria said, have been known to “beat a former partner to a pulp.”

“In the universe of hacking type crimes, in some ways this is the worst of both worlds,” Chhabria noted. “The most logical inference by far is that this information that was provided to people was likely to be used for quite nefarious purposes.”

Baratov, standing beside his lawyers in county jail uniform, briefly addressed the judge to apologize to his victims. “The last 14 months have been a very humbling and eye opening experience,” he said. “There’s no excuse for my actions.… All I can do is promise to be a better man, obey the law and ask for a second chance.”

Dmitry Dokuchaev, the former FSB officer who allegedly hired Baratov, is charged as a coconspirator in the case, though he’s unlikely to wind up in a San Francisco courtroom. Dokuchaev was arrested by his own agency in December 2016 and charged with treason, under circumstances that remain shrouded in mystery.

Another FSB officer, Igor Sushchin, is also charged in the same indictment for allegedly overseeing the email hacking, as is a long-notorious Russian hacker named Alexsey Belan who was already wanted in two states for conventional cybercrime. The three Russian nationals are accused of conspiring to commit a massive 2014 data breach at Yahoo that compromised account information on 500 million users. They allegedly turned to Baratov to fill the gap when they encountered an FSB target that used Gmail, or another provider, instead of Yahoo where they had complete access.

BACKGROUND: International Hacker-For-Hire Who Conspired With and Aided Russian FSB Officers Sentenced to 60 Months in Prison

Karim Baratov, aka Kay, aka Karim Taloverov, aka Karim Akehmet Tokbergenov, 23, was sentenced to five years in prison and ordered to pay a fine, which encompasses all of his remaining assets.

“Criminal hackers and the countries that sponsor them make a grave mistake when they target American companies and citizens.  We will identify them wherever they are and bring them to justice,” said Assistant Attorney General Demers.  “I would like to thank Canadian law enforcement authorities for their tremendous assistance in bringing Baratov to justice.  We will continue to work with our foreign partners to find and prosecute those who would violate our laws.”

“The sentence imposed reflects the seriousness of hacking for hire,” said Acting U.S. Attorney Tse.  “Hackers such as Baratov ply their trade without regard for the criminal objectives of the people who hire and pay them.  These hackers are not minor players; they are a critical tool used by criminals to obtain and exploit personal information illegally.  In sentencing Baratov to five years in prison, the Court sent a clear message to hackers that participating in cyber attacks sponsored by nation states will result in significant consequences.”

“It’s difficult to overstate the unprecedented nature of this conspiracy, in which members of a foreign intelligence service directed and empowered criminal hackers to conduct a massive cyber-attack against 500 million victim user accounts,” said Special Agent in Charge Bennett.  “Today’s sentencing demonstrates the FBI’s unwavering commitment to disrupt and prosecute malicious cyber actors despite their attempts to conceal their identities and hide from justice.”

Baratov, a Canadian national and resident, and three other defendants, including two officers of the Russian Federal Security Service (FSB), Russia’s domestic law enforcement and intelligence service, were charged with a number of offenses relating to the hacking of webmail accounts at Yahoo and other service providers.  In particular, the defendants were charged in a computer hacking conspiracy in which the two Russian FSB officers hired criminal hackers to collect information through computer intrusions in the United States and abroad, which resulted in the unauthorized access of Yahoo’s network and the spear phishing of webmail accounts at other service providers between January 2014 and December 2016.

Baratov’s role in the charged conspiracy was to hack webmail accounts of individuals of interest to his coconspirator who was working for the FSB and send those accounts’ passwords to Dokuchaev in exchange for money.

The Indictment is available here, and its allegations are summarized in greater detail in the press release that attended the unsealing of the Indictment on March 15, 2017.

Baratov has been detained since his arrest in Canada in March 2017.  Baratov waived extradition to the United States and was transferred to the Northern District of California in August 2017.  In November 2017, Baratov pleaded guilty to Count One and Counts Forty through Forty-Seven of the Indictment.  Count One charged Baratov, Dokuchaev, Sushchin and Belan with conspiring to violate the Computer Fraud and Abuse Act by stealing information from protected computers and causing damage to protected computers.  Counts Forty through Forty-Seven charged Baratov and Dokuchaev with aggravated identity theft.  As part of his plea agreement, Baratov not only admitted to agreeing and attempting to hack at least 80 webmail accounts on behalf of one of his FSB co-conspirators, but also to hacking more than 11,000 webmail accounts in total from in or around 2010 until his March 2017 arrest by Canadian authorities.  In addition to any prison sentence, Baratov agreed to pay restitution to his victims, and to pay a fine up to $2,250,000, at $250,000 per count, with any assets he has remaining after satisfying a restitution award.

The FBI, led by the San Francisco Field Office, conducted the investigation that resulted in the charges in the Indictment.  The case is being prosecuted by the U.S. Attorney’s Office for the Northern District of California and the U.S. Department of Justice National Security Division’s Counterintelligence and Export Control Section, with support from the Justice Department’s Office of International Affairs.

This entry was posted by admin on May 30, 2018 at 11:59 am, and is filed under EVIDENCE. Follow any responses to this post through RSS 2.0. Both comments and pings are currently closed.