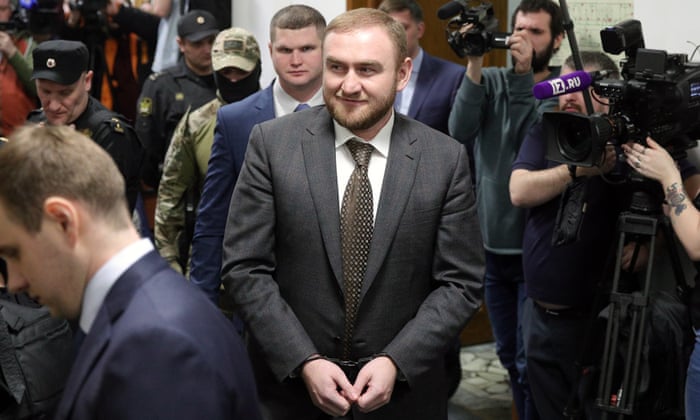 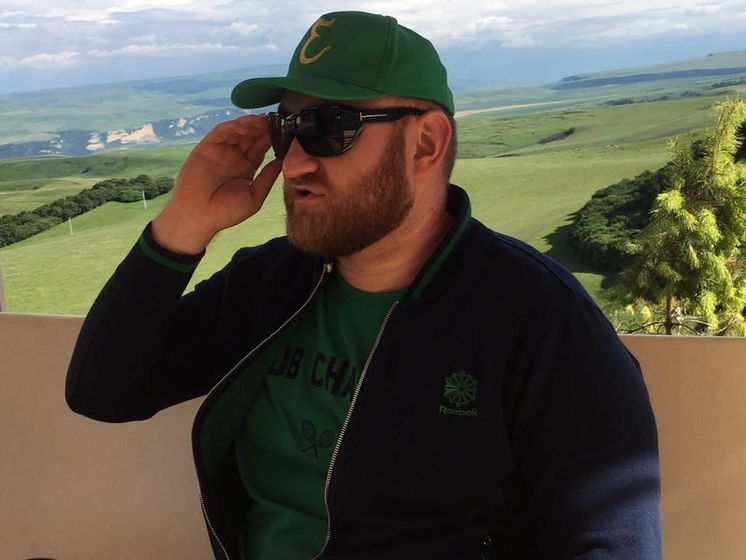 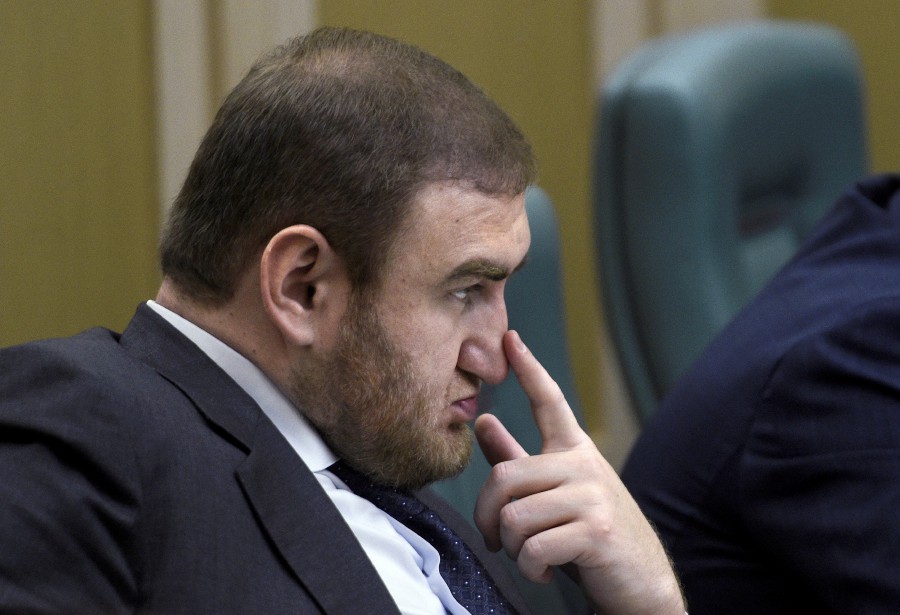 A Russian politician has been arrested on the floor of parliament for his suspected role in ordering at least two contract killings.

Senator Rauf Arashukov was detained on Wednesday during a session of the federation council, the upper house of the Federal Assembly of Russia, and charged with murder, witness tampering and involvement in organised crime.

When Arashukov arrived for a regular session of parliament, the house speaker abruptly announced the session closed to the press. Then a vote was announced to relieve Arashukov of his parliamentary immunity to allow him to be charged for murder.

Arashukov attempted to flee through the parliament gallery, but then surrendered to law enforcement, who came to the building to arrest him. He pleaded not guilty to murder and other charges later on Wednesday.

Senators are generally protected by immunity and Arashukov’s colleagues had to agree to his arrest during an extraordinary session of the legislative body. Reports from the courtroom said Arashukov tried to escape the chamber via the balcony while being told to “sit down” by the chairwoman of the Federation Council, often called Russia’s senate.

Witnesses told Russia’s RBC news that the session was interrupted by the country’s prosecutor general and the head of its investigative committee, who announced the charges against Arashukov.

They included the 2010 murders of a presidential aide and youth politician from Arashukov’s native Karachay-Cherkessia, an area in Russia’s North Caucasus region. Arashukov, the son of a prominent businessman, was elected to the body in 2016.

A lawyer for the aggrieved parties said Arashukov may have been responsible for at least four murders.

During the interrogation, Arashukov reportedly requested an interpreter because he did not speak Russian well and required translation into his native language, according to an investigative committee spokeswoman.

Investigators also said they had detained Arashukov’s father, who was suspected of embezzling 30bn rubles (£350m) in gas supplies.

“He really tried [to run],” the the Federation Council speaker, Valentina Matviyenko, told reporters. “He tried to get upstairs and out of the session. I told him to sit in his place, because according to current rules, he has the right to speak and give an explanation.”

“He declined the opportunity,” she said. “That is also his right.”

Russian lawmakers have sometimes used parliamentary immunity to avoid prosecution for crimes. Andrei Lugovoy, who was identified by a 2016 inquiry of having deliberately poisoned the Russian ex-spy Alexander Litvinenko in 2006, has been an MP since 2007.

This entry was posted by admin on January 31, 2019 at 12:35 am, and is filed under EVIDENCE. Follow any responses to this post through RSS 2.0. Both comments and pings are currently closed.