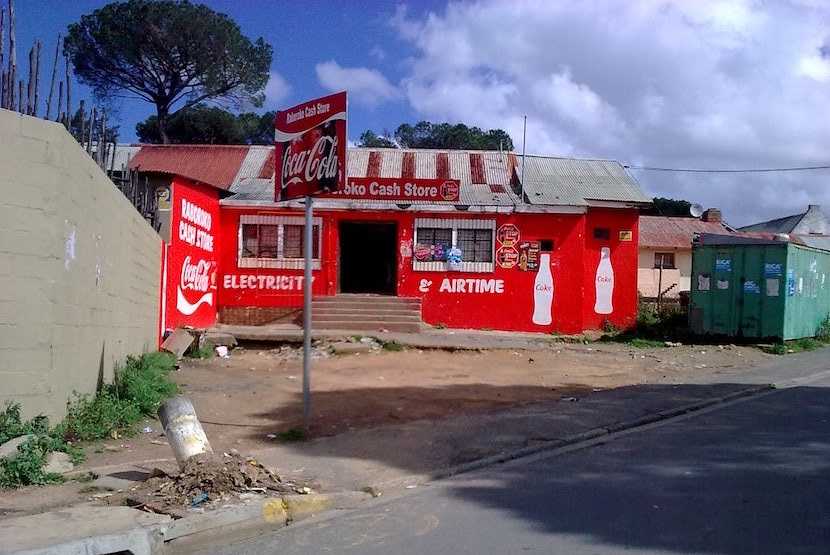 Drive past a spaza shop in a South African township and the signage, merchandise and general informality give the impression that these are small businesses helping the poor survive from day to day. But there’s a nasty side to spaza shops, with a secretive industry developing behind shop frontages: As Andries du Toit of the University of the Western Cape reveals, there are larger operations mushrooming on the back of cash payments and slave labour. Desperate nationals from other African countries are a major source of cheap staff. Companies with established grocery brands, meanwhile, are turning a blind eye. Although many business players are calling for a reduction in red tape, the spaza sector needs closer scrutiny and a levelling of the playing fields, is the message from Du Toit and his co-researcher Leif Petersen. – Jackie Cameron

Small informal retailers are a ubiquitous feature of any developing country’s urban landscape. Known as spaza shops in South Africa, they are an important, even vital, component in the townships. Numbering over 100,000 across the nation, they make critical contributions to local food security, self-employment and community cohesion.

In the last decade, the sector has undergone extensive change. A new class of traders has emerged. They have often – but not always – been foreign. For this reason, this changing character of South Africa’s spaza sector has become associated with chauvinistic and xenophobic portrayals of immigrant shopkeepers.

On the one hand, angry locals, often egged on by opportunist politicians, have accused foreign traders of destroying South African livelihoods. On the other hand, those questioning this xenophobia have tended to argue that the new class of traders simply represent ‘better entrepreneurs’ who are out-competing less dynamic traders.

But much more is going on than simply the replacement of locals by foreigners. Rather, the structure of the spaza sector itself is changing.

To get to the bottom of changes taking place the Sustainable Livelihoods Foundation and PLAAS conducted business censuses and interviews with 1,100 township grocery retailers across all nine provinces of South Africa.

What we found should give politicians and policy makers pause for thought. Our findings suggest that South Africa’s rule of law is in danger of becoming a casualty in an industry that has rapidly adapted in order to compete and survive.

Operating from rural, peri-urban and urban residential townships, virtually all spazas we encountered were unregistered and worked exclusively in cash. That, indeed, is why they are classified as ‘informal’ businesses.

But this classification masked important differences. The shops we visited typically reflected one of two business types. On the one hand, about one-third were ‘survivalist’ owner-operators trading from their homes. These resembled the ‘traditional’ spaza shop. These businesses were informal because they had no choice. They were simply too small, or the owners too poor, to formalise and thereby enter the legal framework.

The remaining two thirds were also informal, but were so by choice. They differed from their survivalist counterparts in that they were larger, operating from dedicated premises. They offered a wider range of stock, gave credit and had business ties with wholesalers. The also employed staff. The field work revealed about 45% of the shop keepers we encountered were in fact employees.

Rather than being owner operators they tended to work for those who owned the larger upstream wholesale business that supplied their outlets with stocks. Some of these upstream warehouses operated in networks with turnovers of hundreds of thousands of Rands per week. We also found extensive South African supermarket chains and shopping-malls in the retail mix.

The rise of these larger vertically integrated spaza outlets and supermarkets has intensified business competition. Many smaller (mostly South African) independent businesses have exited the market.

This new class of informal traders has brought about important social benefits. These include access to a wide variety of cheap consumer goods. But this has come at a cost – especially where the active avoidance regulation has become an explicit business strategy.

More than half of those we interviewed reported working more than 15 hours per day, seven-days-a-week. Some were earning as little as R400 (about US$27,22) per month. Some shop assistants claimed to be working towards becoming shareholders in the business. But more than three quarters of our sample reported being employees only. None had written employment contracts, and all worked for cash wages.

Half of the Cape Town employees we interviewed in a follow-on investigation (and many interviewed elsewhere) reported that employers held back their pay. In some cases, a portion of the wages was paid to the employee and the balance reportedly paid to their family elsewhere (commonly in their home country).

In Cape Town, over half the Ethiopian respondents claimed to be repaying financial debts to their bosses for travel expenses to South Africa. In almost all cases employers retained foreign employees’ passports. Across the sample, 71% of spaza employees were required to sleep in the building, with nearly half sleeping (illegally) in the shopfront.

These conditions clearly violate the country’s labour laws, which stipulated at the time that retail workers must earn at least R3,701 per month for a 45-hour work week. The law stipulates 12 hours of rest in each 24-hour period, or 36 consecutive rest hours per week, including Sundays, unless agreed in writing.

If our sample is anything to go by, there may be many thousands of shopkeeper employees who toil behind the sales counter under these circumstances.

The exploitative nature of employment in the spaza sector directly results from the embrace of informality by operators that are large enough to conform to the rules of the formal sector. We categorise this form of entrepreneurship as ‘informalist’. This is a new form of informality where an otherwise legitimate activity (retailing groceries) relies on labour and retailing practices that evade regulatory oversight. These practices break the law.

Informalist strategies for spaza competitiveness capitalise on the concessions accorded to survivalist enterprises. These include municipal allowances for home-based businesses in townships. But these businesses then bypass other important forms of regulation including labour laws. This brings negative implications for inclusive growth, fair work, and rule-of-law.

An increasing number of politicians have simplified this development. They have done so by stoking social tensions by scapegoating these foreign-national spaza shop workers. As our research shows, these workers are themselves deeply vulnerable. They are operating at the coalface of xenophobic hatred and crime.

One problem is that debates about informal township businesses have been framed in an unhelpful way. For example, it is assumed that the regulatory choice lies between ‘protectionist’ regulations favouring South Africans, or deregulation and tolerance of immigrant entrepreneurs. This approach underestimates the seriousness of the situation that has evolved and misrepresents the nature of the regulatory choices required.

What’s to be done

Secondly, municipalities must stop succumbing to the corporate developers of shopping malls in the townships. They must also reconsider expansion of supermarket chains into the heart of townships. Both these developments have forced the township grocery sector into a choice between shutting down or embracing informalist business practices.

Responsibility also lies with South Africa’s corporate manufacturers and wholesalers. They have ignored exploitative business practices in order to get their brands and products onto spaza shelves.

One of the losers in this transition have been South Africa’s traditional spaza shops. But they are not the only victims. There are potentially thousands of vulnerable spaza shop employees – South African and foreign – who are labouring under conditions clearly proscribed by South African law.

This entry was posted by admin on February 26, 2020 at 3:26 pm, and is filed under EVIDENCE. Follow any responses to this post through RSS 2.0. Both comments and pings are currently closed.