SWISS SENTENCE HERVE FALCIANI IN ABSENTIA TO 5 YEARS IN PRISON 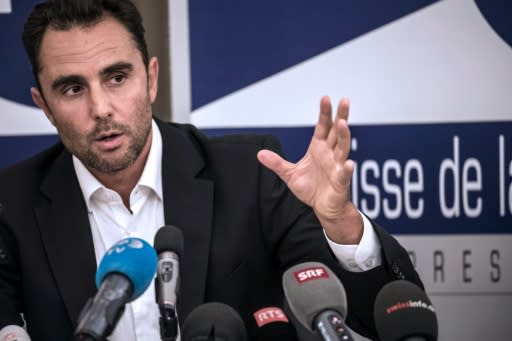 Falciani, who worked as an IT specialist with HSBC, was convicted of industrial espionage by a federal court in the southern Swiss town of Bellinzona.

The 43-year-old French-Italian national refused to travel to Switzerland to appear at trial.

Falciani can appeal his conviction at Switzerland’s highest court, but he will not serve any prison time in the federation so long as he remains in France, which does not extradite its citizens.

Falciani has been celebrated as a whistleblower by some, but Swiss authorities claimed he was motivated by money, citing evidence that he wanted to sell the data he stole.

Falciani has denied that he was only seeking financial gain, insisting he had wanted to expose how banks support tax evasion and money laundering.

This entry was posted by admin on November 27, 2015 at 6:59 pm, and is filed under EVIDENCE, HERVE FALCIANI. Follow any responses to this post through RSS 2.0. Both comments and pings are currently closed.