« HK: TO “SUSTAIN INNOVATION”, INDUSTRY REQUESTS NEW ANTI-MONEY LAUNDERING REGULATIONS exclude city’s bitcoin ATMs
JOHN EARLE SULLIVAN: PLEASE, WILL THE FBI INVESTIGATION LOOK FOR BOTH AGENT PROVOCATEUR CONSPIRACY + TRUMP MOB CONSPIRACY DIRECTING THE CRIMINAL STORMING, BREACHING OF THE US CAPITOL? JOHN EARLE SULLIVAN HAS BEEN ARRESTED, CHARGED BY USA DOJ WITH (1) one count of knowingly entering or remaining in any restricted building or grounds without lawful authority, (2) one count of violent entry + disorderly conduct on Capitol grounds, + (3) one count of interfering with law enforcement engaged in the lawful performance of their official duties incident to + during the commission of civil disorder. » 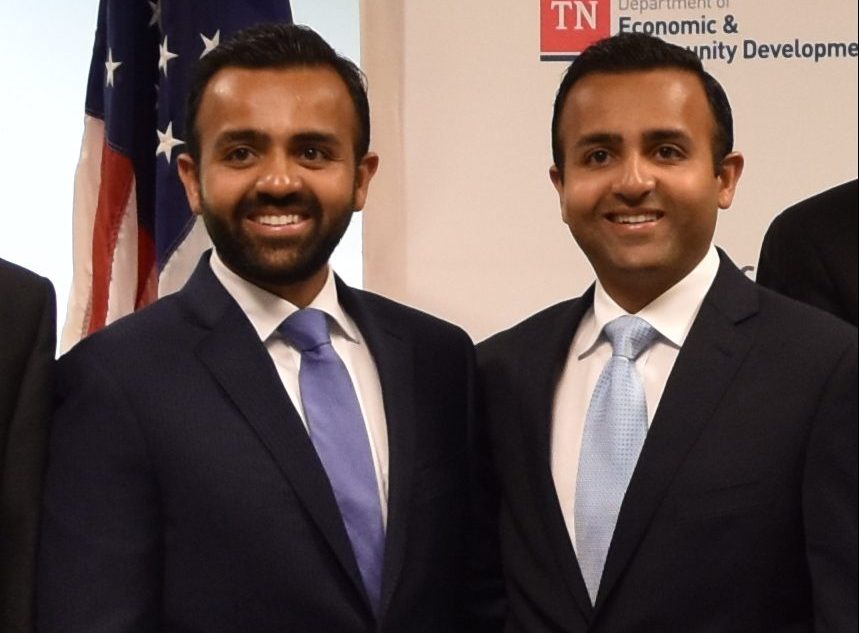 April 2017: Karim and Rahim Sadruddin meet with officials from state and federal entities, promising to invest $27 million in a new textile plant in Pikeville, Tennessee.

July 2017: The Tennessee Department of Economic and Community Development approves a $3 million grant to the Sadruddins’ Textile Corp. of America for the purchase and renovation of a building for the plant.

September 2017: The Sadruddins’ Master Group USA submits a bid to FEMA to provide tarps for hurricane relief, which they amend in November to meet the requirement that the tarps not be manufactured in China.

May 2018: Rahim Sadruddin emails TVA and falsely reports that the textile plant is operating.

July 2018: TVA sends the Sadruddins a $230,000 performance grant for the Pikeville textile plant.

November 2019: The Sadruddins each plead guilty in federal court in Chattanooga to two counts of wire fraud and one count of money laundering. Sentencing is set for March 2020. They return to Atlanta on a $30,000 bond.

CHATTANOOGA, Tenn. – United States Attorney J. Douglas Overbey announced today that Rahim and Karim Sadruddin were entering guilty pleas to two counts of wire fraud and one count of money laundering in connection with an information filed in the U.S. District Court for the Eastern District of Tennessee. The Sadruddins were charged as part of a scheme greater than $30 million to defraud FEMA, TVA, and the State of Tennessee related to the procurement of tarps for hurricane victims in Puerto Rico and the fraudulent acquisition of state and federal grant funds for the purpose of establishing a textile manufacturing plant in Pikeville. The defendants entered their guilty pleas in front of United States Magistrate Judge Christopher H. Steger in the United States Court in Chattanooga.

Upon conviction, the Sadruddins each face the following punishments: 1) Counts One and Two (Wire Fraud) – Since the offense involved a presidentially declared major disaster and emergency, imprisonment for up to 30 years; a fine of up to $1 million; and any lawful restitution.  2) Count Three (Money Laundering) – Imprisonment up to 10 years; a fine up to $250,000 or twice the amount of criminally derived property; and any lawful restitution.  As part of their guilty pleas and plea agreements with the United States, the defendants will forfeit numerous items including houses, vehicles, bank accounts, and other personal property that were obtained through the proceeds of the fraud whole.

From April 2017 through January 2019, the Sadruddins devised and participated in a scheme first to defraud the state of Tennessee and Tennessee Valley Authority by providing false information to win a bid for over $3 million worth of grants to build a textile manufacturing plant and provide jobs to the citizens of Bledsoe County, in Pikeville.  Once they began wrongfully receive those funds from the State of Tennessee as part of the grant, they used that money to begin buying tarps to satisfy a separate $30 million contract with the Federal Emergency Management Agency (FEMA), in which they pledged to provide tarps to citizens in Puerto Rico following the devastating hurricanes in that region – Hurricane Maria and Hurricane Irma.  As part of the contract, the defendants pledged to obtain tarps from Trade Agreements Act (TAA)-compliant countries and to provide tarps that met FEMA specifications.  Instead, the defendants used the funds fraudulently obtained from the State of Tennessee and TVA to purchase tarps from China – a non-TAA-compliant country – that did not meet the contract specifications.  The defendant’s falsified records suggesting they had legally procured the tarps and that the tarps met the agreed-upon specifications.  Subsequent inspection of the tarps and documentation the defendants provided revealed the existence of the fraud and non-compliance with the specifications of the contract to help the victims of the hurricanes.

On October 22, 2019, a 3-count Information, which included the aforementioned charges, was filed with the United States District Court for the Eastern District of Tennessee in Chattanooga.

United States Attorney J. Douglas Overbey praised the hard work of the Assistant U.S. Attorneys and the collaboration which resulted from the cooperative efforts of several federal and state agencies. “The diligent and tireless efforts of Assistant U.S. Attorneys Steven Neff and Gretchen Mohr were critical to ensure our office’s commitment of cooperation and support for our federal, state, and local law enforcement partners remains strong. The Department of Justice and the U. S. Attorney’s Office for the Eastern District of Tennessee are dedicated to protecting all of our citizens from those who seek to victimize them in their most vulnerable moments,” said U.S. Attorney Overbey.

“The Department of Homeland Security (DHS), Office of Inspector General (OIG) in partnership with the Department of Justice is committed to identifying and investigating fraud schemes and corrupt activities that pose significant risk and major financial impact to DHS and its components, including FEMA.  This fraud scheme siphoned millions of federal and state tax dollars while preventing disaster victims from receiving quality materials to protect their homes,” said James E. Long, Special Agent in Charge, Major Frauds and Corruption Unit, DHS OIG. “Fraud perpetrated against FEMA is detrimental to our nation’s infrastructure and safety, especially from programs that support local communities and disaster victims.”

“We appreciate the partnership between the multiple state and federal agencies who made this investigation possible. We believe this case will lead to more oversight and accountability of public funds. Taxpayers expect nothing less,” said Tennessee Comptroller Justin P. Wilson.

Jill Matthews, Deputy Inspector General of the Tennessee Valley Authority’s (TVA) Office of the Inspector General (OIG), added, “A critical mission of TVA  is to help give the people of the Tennessee Valley a better opportunity to prosper by bringing investment and good jobs to the region.  The TVA OIG would like to thank the United States Attorney’s Office, specifically Assistant U.S. Attorney Steve Neff, Tennessee Comptroller’s Office, Tennessee Bureau of Investigation, Federal Bureau of Investigation, and Department of Homeland Security OIG for working hand in hand with our office to investigate this fraudulent activity affecting a TVA program designed to promote investment in the Valley.  With the cooperation of these federal and state law enforcement agencies and the assistance of TVA Economic Development, we were able to successfully gather the evidence needed to bring this case to a successful conclusion.  We are pleased that justice has been served against those individuals that defrauded TVA and the people of the Tennessee Valley.”

“This investigation clearly demonstrates law enforcement’s dedication to investigating major financial crimes. As evidenced by this case, the FBI’s commitment is to not only hold law breakers accountable for their actions, but also to utilize the Federal forfeiture laws to strip law breakers of the fruits of their crimes, with the goal of recovering assets to repay their victims. With our law enforcement partners, the FBI will continue to allocate expert resources to investigate and prosecute all those who are intent in defrauding the American public,” said FBI’s Special Agent in Charge Joe Carrico.

This entry was posted by admin on January 18, 2021 at 12:42 pm, and is filed under EVIDENCE. Follow any responses to this post through RSS 2.0. Both comments and pings are currently closed.