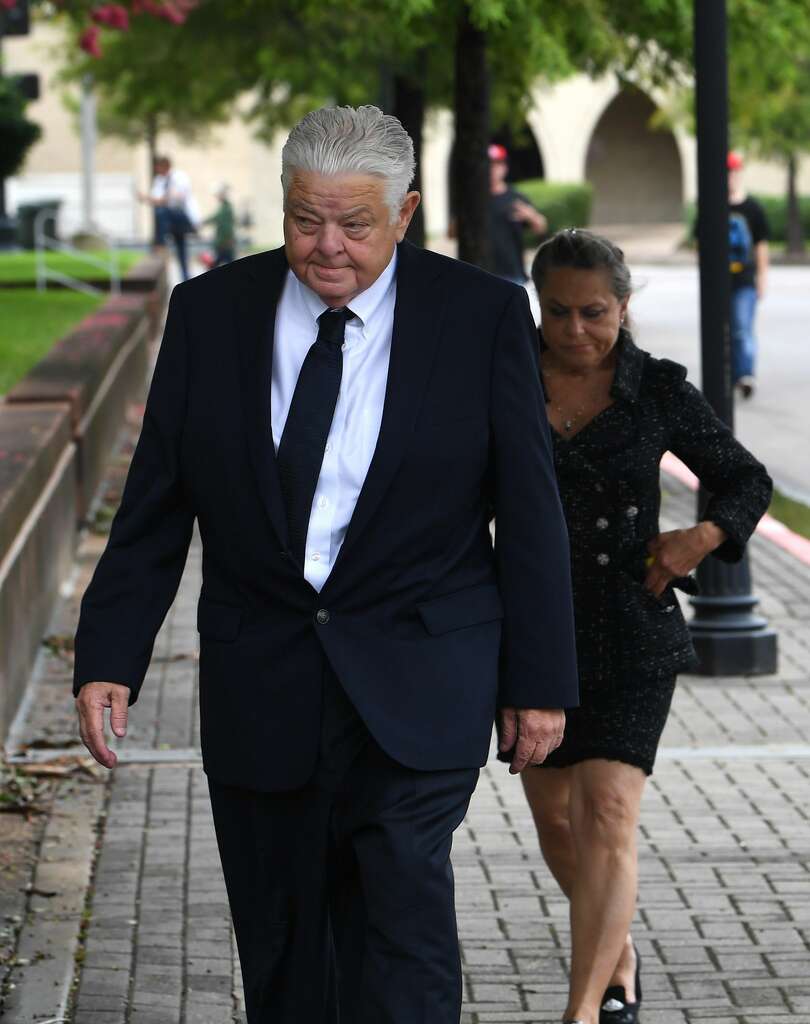 ABOVE + BELOW – Larry Tillery 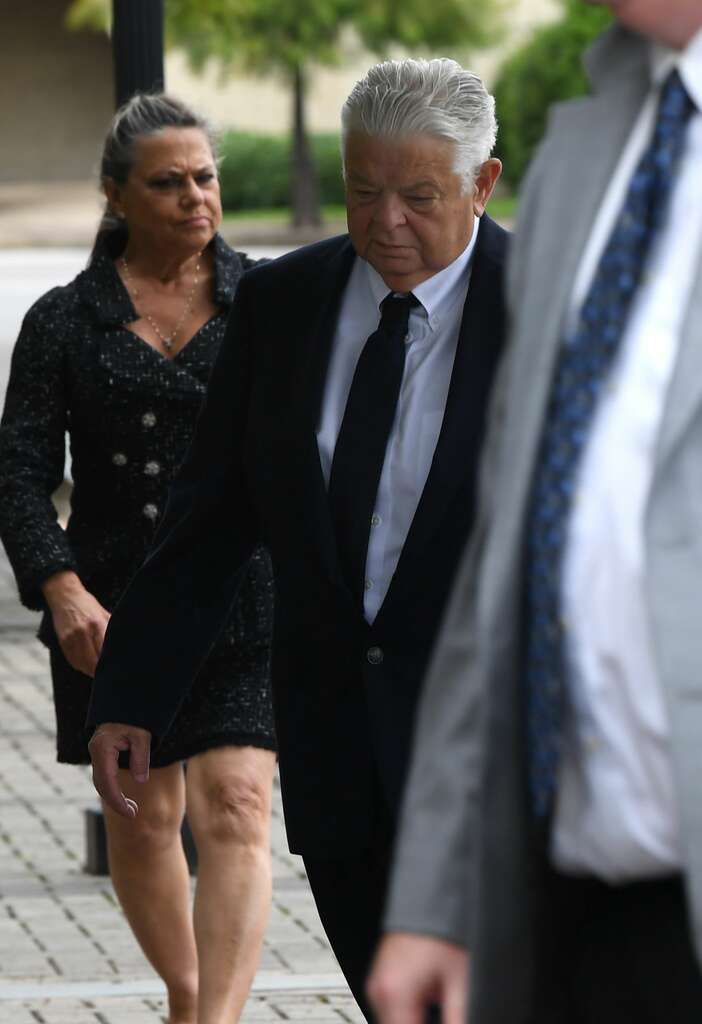 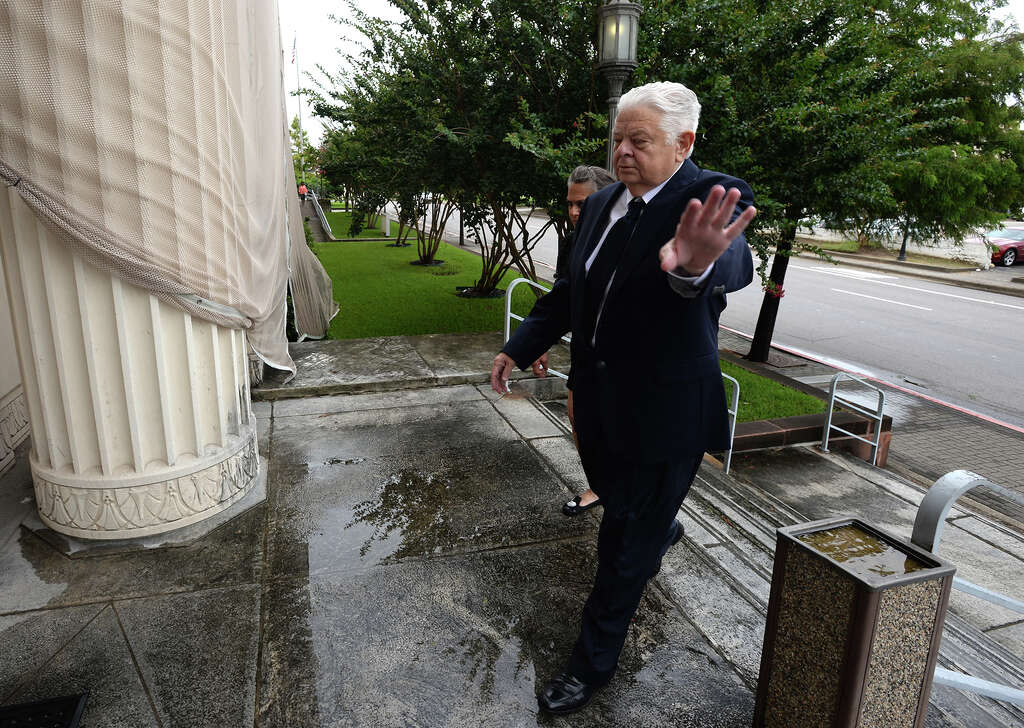 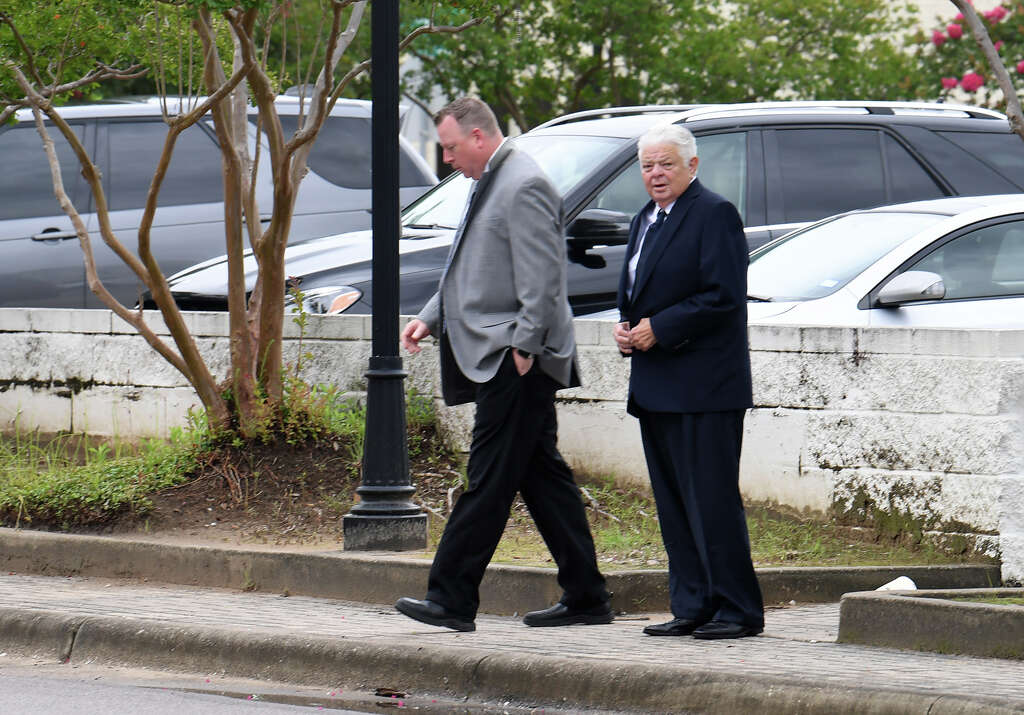 A Beaumont businessman accused of running a multimillion-dollar gambling ring with his family for more than three decades is likely headed to prison after pleading guilty Tuesday to money laundering and tax evasion.

Larry Tillery, owner of the used-car dealership Daylight Motors at Dowlen Road and Eastex Freeway, accepted illegal wagers on sporting events from 1985 to April 2017, federal prosecutors said. In the period between 2011 and 2016 alone, the operation allegedly took in some $52 million in bets. 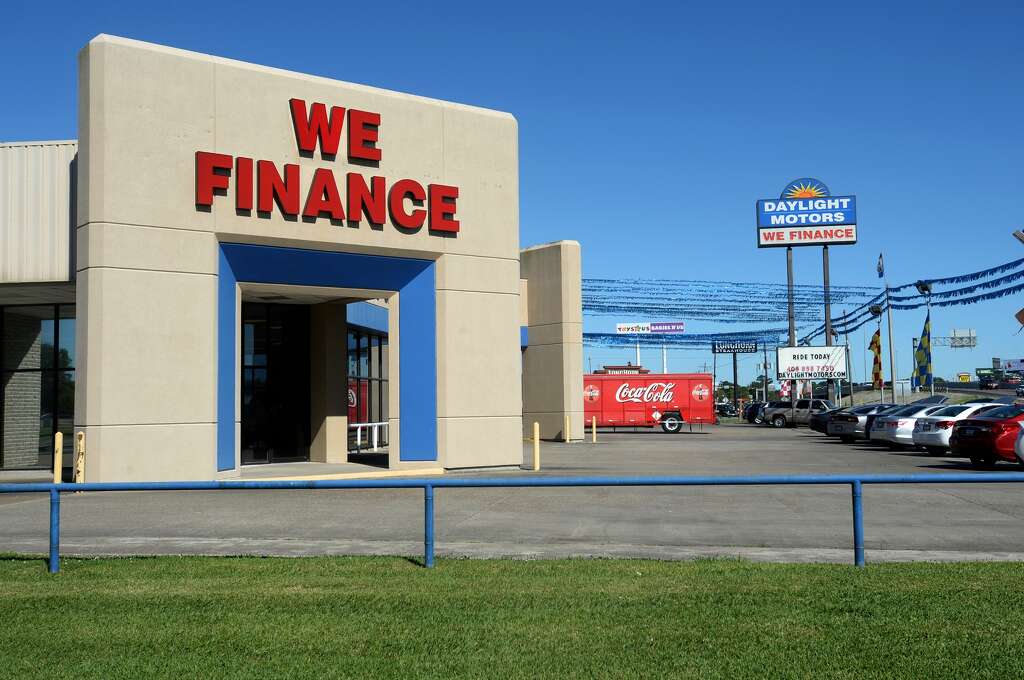 Tillery’s plea before U.S. District Judge Keith Giblin in Beaumont was in exchange for 33 months in prison, followed by two years probation.

Larry Tillery, 69, was released from court on a $50,000 unsecured bond and will be formally sentenced later.

Prosecutors declined comment after the hourlong hearing. But a statement from the U.S. Department of Justice’s Eastern District of Texas detailed the scope of the allegations.

“For more than 30 years this family operated one of the largest illegal sports gambling and money laundering operations in the U.S.,” Assistant Special Agent in Charge Mary Magness with Homeland Security Investigations Houston said in the release.

“Today is the latest step in Mr. Tillery’s efforts to handle his business with the IRS,” Tillery’s attorney Chip Lewis said in a statement. “The Tillery family sincerely appreciates the overwhelming love and support offered by so many good people across Southeast Texas. I have handled quite a few cases and I have never encountered a more beloved man.”

After the hearing, Lewis said he found it “telling” that law enforcement has known about Larry Tillery’s gambling and status as a book maker for at least three decades, but charges have only come now.

“It’s very curious in this day and age where there’s no allegation that Mr. Tillery threatened anybody related to gambling, he’s known nationwide as probably the most respected man in the (gambling) business,” Lewis said. “His words and actions are of the highest integrity but all of a sudden there were federal resources to dedicate.”

The statement from prosecutors accused Tillery of using Daylight Motors and its holding company, Lamar Capital, as a front “to launder illicit proceeds from his illegal gambling enterprise.”

However, Lewis made clear that they are legitimate businesses that larger car lots have shown interest in purchasing.

He used a website to receive and track wagers from clients who bet on professional and collegiate basketball, baseball and football games, the release said. Judy Tillery assisted her husband by depositing cash into her personal bank account and writing checks to accounts controlled by her husband in amounts of less than $10,000 in an attempt to evade federal reporting requirements for currency, the release said.

Brian Tillery collected money from bettors and made payments to bettors on behalf of his father; accepted illegal gambling funds from Larry Tillery to make wire transfers to pay illegal gambling debts; and mailed packages containing more than $10,000 that came from the illegal gambling activities via the U.S. Postal Service at Larry Tillery’s request, according to the release.

Larry Tillery didn’t report or pay any taxes on the bets to the IRS and didn’t register as a bookmaker as required by federal law, according to the release.

“The Tillerys ignored state and federal gambling laws, and profited tremendously from a criminal enterprise,” U.S. Attorney Joseph D. Brown said in the statement. “We intend to collect every bit of the money judgment that will be issued against them, and we expect Larry Tillery’s prison sentence to send a message to those who profit from illegal bookmaking.”

Between September and November 2016, for example, Larry Tillery accepted at least 450 wagers for more than $5 million, which prosecutors in the Eastern District of Texas say would have resulted in total taxes of more than $101,000.

As a part of Tuesday’s plea agreement, which still must be accepted by Senior U.S. District Judge Thad Heartfield, Larry and Judy Tillery agree to forfeit more than $1.7 million in cash seized during the investigation, luxury watches and pieces of jewelry and several sports memorabilia items, including an autographed Joe Namath jersey.

The pair agreed to a money judgment of nearly $33 million — illegal wagers entered in the sports gambling enterprise during the relevant time period, according to the release.

Judy and Brian Tillery were sentenced to 24 months of probation each and were released on their own recognizance.

Lewis said there are “many other steps” to come in the case.

Larry Tillery was arrested last week after being pulled in Colmesneil by a Texas Department of Public Safety trooper on an outstanding warrant out of Calcasieu Paris, Louisiana.

In May 2017, the Department of Justice filed paperwork to seize nine properties and more than $230,000 in cash from Larry Tillery. The properties in Beaumont, Lumberton and Phoenix, Arizona, at the time were valued more than $5.3 million.

According to information presented in court, Larry Tillery was engaged in the business of accepting illegal wagers on sporting events from 1985 until April, 2017, and was his primary occupation during that time.  Tillery owned and operated Daylight Motors, a used car dealership, and Lamar Capital, a holding company for Daylight Motors, and used these two companies as a front to launder illicit proceeds from his illegal gambling enterprise.

Tillery used a website to receive and track wagers from his betting clients, allowing his bettors to place wagers on sporting events, including professional and collegiate basketball, baseball and football games.  Judy Tillery assisted her husband in laundering cash proceeds of his illegal bookmaking activities by depositing cash into her personal bank account at Beaumont Community Credit Union in Beaumont, Texas, and then writing checks to bank accounts controlled by her husband.  Judy Tillery structured these cash deposits in amounts under $10,000 in an attempt to evade federal currency transaction reporting requirements.

Larry Tillery knew that despite the fact that he was violating Texas state and federal law,  federal law nonetheless required him to register as a bookmaker with the Internal Revenue Service and to file monthly excise tax returns to report total wagers he accepted during the month.  Tillery also knew that he was required to pay gross wagering excise taxes of 2% on wagers he accepted each month. But, Tillery failed to report or pay any taxes to the IRS based on the wagers he accepted each month.  During September through November of 2016, Larry Tillery accepted at least 450 wagers totaling $5,060,150. These wagers are subject to the two percent federal gross wagering excise tax and Larry Tillery evaded gross excise wagering taxes of $29,717 in September 2016, $34,423 in October 2016 and $37,063 in November 2016 for a three month total of $101,203.

Between 2011 and 2016, Tillery accepted at least $52 million in illegal wagers on sporting events.  Tillery did not report these wagers to the IRS or pay gross excise taxes. The gross wagering taxes that resulted from wagers Larry Tillery accepted between 2011 and 2016 total $1,040,000. This tax due figure includes $101,203 in gross wagering excise taxes listed above in this document for wagers accepted in September 2016 – November 2016.

As part of the plea agreement, Larry and Judy Tillery are agreeing to forfeit $1,738,455 in cash seized during the investigation; numerous luxury watches and pieces of jewelry; and several professional sports memorabilia items.  They have also agreed to a money judgment of  $32,758,541, representative of illegal wagers the Tillery sports gambling enterprise during the relevant time period.

“The Tillerys ignored state and federal gambling laws, and profited tremendously from a criminal enterprise,” said U.S. Attorney Joseph D. Brown.  “We intend to collect every bit of the money judgment that will be issued against them, and we expect Larry Tillery’s prison sentence to send a message to those who profit from illegal bookmaking.”

“Concealing or transferring assets in an attempt to evade taxes is a crime, and IRS-CI is committed to prosecuting individuals that do so,” said Rusty Lee, Assistant Special Agent in Charge, IRS Criminal Investigation.

As part of his plea agreement, Brian Tillery agrees to forfeit $241,176 in U.S. currency seized during the investigation and a residence valued at approximately $600,000 located on Christina Court in Beaumont.  He has also agreed to a money judgment of $700,000.

Under federal statutes, Larry Tillery faces up to 10 years in federal prison.  Judy Tillery and Brian Tillery each face up to five years in federal prison.  The maximum statutory sentences prescribed by Congress is provided her for information purposes, as the sentences will be determined by the court based on the advisory sentencing guidelines and other statutory factors.  Sentencing hearings will be scheduled after the completion of presentence investigations by the U.S. Probation Office.

This case was investigated by Homeland Security Investigations and the Internal Revenue Service, Criminal Investigation, and is being prosecuted by Assistant U.S. Attorneys Christopher T. Tortorice and Joseph R. Batte.

This entry was posted by admin on June 26, 2019 at 9:39 am, and is filed under EVIDENCE. Follow any responses to this post through RSS 2.0. Both comments and pings are currently closed.