ABOVE + BELOW – Michael Sui 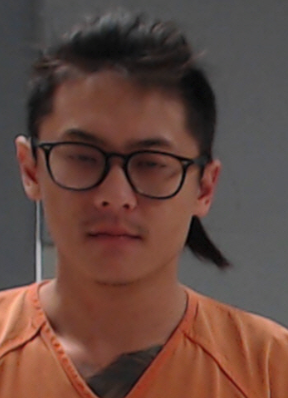 Michael Sui, 22, of Greenville, was taken into custody by the Hunt County Sheriff’s Department.

It was unclear according to records from the Hunt County Detention Center whether Sui was still being held in custody at the jail as of Friday morning on one count each of manufacture/delivery of a controlled substance, Penalty Group 2, in an amount of between 4 and 400 grams, possession of marijuana between 5 and 50 pounds and money laundering in the amount of between $500 and $30,000. Total bond had been set at $225,000 Friday.

It was also unknown whether Sui had an attorney to represent him or whether he would be filing a writ of habeas corpus with the Hunt County district courts, seeking the appointment of a defense counsel.

This entry was posted by admin on October 31, 2020 at 3:18 am, and is filed under EVIDENCE. Follow any responses to this post through RSS 2.0. Both comments and pings are currently closed.