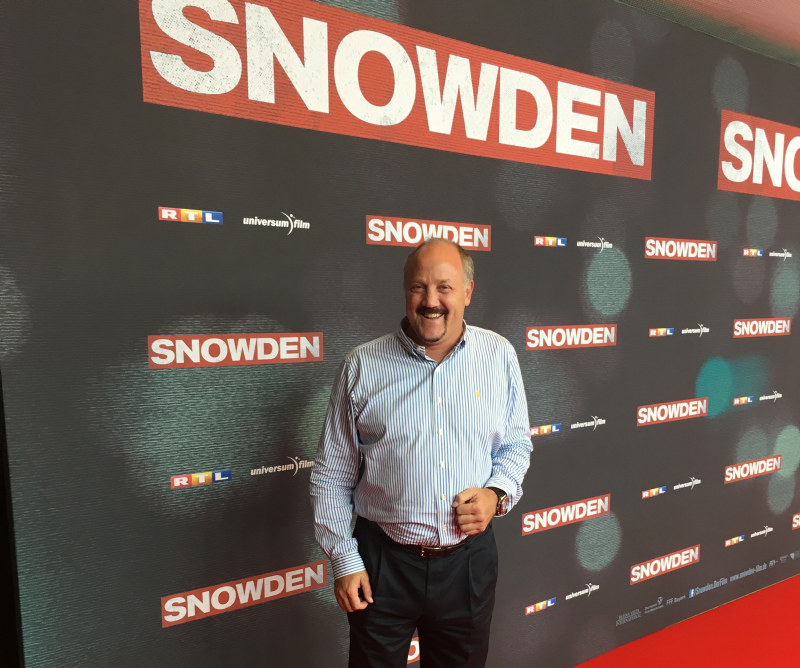 Bradley Birkenfeld told The Hill Times that he’d be happy to provide valuable information with documents that could help Canadian authorities recover unpaid federal taxes in offshore accounts. It’s estimated that Revenue Canada is losing about $8-billion in lost taxes from offshore bank accounts each year.

A former banker-turned-whistleblower, who helped the U.S. Treasury recover $5-billion in back taxes, fines, and penalties has been unsuccessfully trying to provide information to Canadian Parliamentarians and officials which he says would recover an estimated $1-billion in taxes from offshore accounts.

But a Senator on the Banking, Trade, and Commerce Committee says he’s interested and will ask committee members to consider inviting the former banker to appear before the committee to share the information.

“If somebody tells me, as a Senator, that they can help find a billion dollars of illegal tax money, I’d be interested,” said British Columbia Independent Senator Larry Campbell in an interview with The Hill Times. But Senator Campbell added that he wants to do his own due diligence with Bradley Birkenfeld—an American banker who formerly worked with the Swiss bank UBS, and who received a record $104-million U.S. reward for helping the U.S. Treasury with investigations—before asking his committee to extend the invitation.

“It’s incumbent upon us to look at it, to see what we got here. If this is good information and it can stand up, it should be listened to and should be addressed.”

Sen. Campbell said he first learned about Mr. Birkenfeld when he read a column in the Oct. 3 issue of The Hill Times, written by former sponsorship scandal whistleblower Allan Cutler. In the column, Mr. Cutler expressed his frustration that he’s been trying to get Mr. Birkenfeld to appear before a parliamentary standing committee in Canada for about four years, but that no political party seems to be interested in hearing what he has to say. In his most recent attempt, he tried to reach out to the Commons’ Finance Committee members to invite the former banker to appear. But, the request was declined last week.

“In the past four years, I have attempted to contact all the political parties. The Green Party, represented by Elizabeth May, has never even acknowledged my emails or my attempts to meet with her,” wrote Mr. Cutler in the Oct. 3 article. “The NDP, Liberals, and Conservatives have all been very reluctant to provide help. None of them seems to want those who have committed tax evasion to be named. None of them were willing to have Birkenfeld come and testify before a parliamentary committee.”

Liberal MP Wayne Easter (Malpeque, P.E.I.), chair of the House Finance Committee, toldThe Hill Times that the committee is busy with the ongoing pre-budget consultations and that it’s unlikely members will be able to invite Mr. Birkenfeld in the near future. He said that if an opportunity came up in the coming months and other political parties agreed, the committee could consider Mr. Cutler’s request.

“If an opening comes up and other parties want to consider it, we’d be open to that,” Mr. Easter told The Hill Times.

He said that the committee recently completed a study of Canada Revenue Agency’s efforts to combat tax avoidance and tax evasion and if he had known about Mr. Birkenfeld, the committee could have invited him.

Saskatchewan Conservative Sen. David Tkachuk, chair of the Senate Banking, Trade and Commerce Committee, said that if Mr. Birkenfeld could write a letter to the committee about his willingness to appear before the committee and what kind of information he wants to share, the committee would consider his request.

In a telephone interview with The Hill Times, Mr. Birkenfeld said he would be happy to write a letter and send it to the committee, and that he can provide valuable information with documents that could help the Canadian authorities to recover unpaid federal taxes in offshore accounts. Mr. Birkenfeld said he worked for UBS, a large Swiss Bank, between 2001 and 2006 and at that time his bank alone was managing Canadian assets worth $5-billion. He said if a parliamentary committee invites him, he would make a power point presentation on how the offshore investments are handled to avoid paying taxes, and will provide the names, phone numbers, and email addresses of bankers who handle Canadian offshore business in Switzerland.

“I’m happy to help, I will write this letter and have it sent to the chairman,” said Mr. Birkenfeld, who added that he does not expect any money in return for his cooperation.

A native of Massachusetts, Mr. Birkenfeld, 51, is the son of a neurosurgeon and who studied banking at the American Graduate School of Business in Switzerland. Prior to joining UBS in 2001, he worked at Credit Suisse and Barclays PLC in Geneva, Switzerland.

He told The Hill Times that he became a whistleblower in 2005 after he read a UBS document which indicated that some of the advice UBS bankers were providing to clients was illegal. He raised the issue with his superiors but no concrete action was taken to address it. In 2007, he began cooperating with the U.S. tax authorities. The Internal Revenue Service eventually awarded him $104-million for his cooperation to recover billions of dollars in unpaid taxes, fines, and penalties.

The information that he provided was about the UBS banking practices and, as a result of his information and IRS investigation, the bank settled the secret offshore account case by paying $780-million to the U.S. government. The Wall Street Journal reported in 2012 that in addition to paying the settlement money, the bank also provided the U.S. authorities with names of 4,000 account holders who were U.S. taxpayers. Since then, the paper reported, “more than 33,000 U.S. taxpayers have confessed to holding undeclared overseas accounts and paid more than $5-billion in taxes and penalties.”

While Mr. Birkenfeld was cooperating with the U.S. authorities, the U.S. Justice Department convicted him on a charge of conspiracy for withholding information about one of his clients, a wealthy California real estate developer. Mr. Birkenfeld was sentenced 40 months in jail, while the real estate developer was only fined and was not sent to jail.

Since Mr. Birkenfeld started cooperating with the U.S. authorities, a number of high-profile news organizations including CNBC, Bloomberg, CBS, The Wall Street Journal,and The New York Times have covered the story. In one of his interviews with the CBS’60 Minutes, Mr. Birkenfeld said, as a banker in Switzerland, he helped his clients invest, spend and move their money. In one incident that he shared with CBS, he bought some diamonds in Switzerland and smuggled them into the U.S. for one of his clients inside a toothpaste tube. He justified in the interview that since the diamonds were worth less than $10,000, he didn’t have to declare them to U.S. customs.

This week, Mr. Birkenfeld is launching his book in Washington D.C. entitled Lucifer’s Banker: The Untold Story of How I Destroyed Swiss Bank Secrecy. According to a press release for the book launch, the readers will learn about the links between dirty money and the Swiss banking system; how billions of dollars circulated behind offshore banking’s closed doors; how Swiss private bankers ran a complex shell game of numbered accounts and offshore companies; how he cooperated with the U.S. authorities; and how his revelations have brought changes in offshore banking laws and tax treaties.

Because of Mr. Birkenfeld’s conviction in the U.S. on abetting tax evasion, according to Canadian law, he cannot enter Canada. If a parliamentary committee invites him to appear, Mr. Birkenfeld said, he would need a waiver from the Canadian authorities to allow him to enter the country.

Mr. Birkenfeld told The Hill Times that in addition to cooperating with the U.S. authorities, he has travelled to France, Germany, Greece, the U.K., Norway, and India to provide information to the authorities about the offshore bank accounts of their citizens. He said that about six years ago, he phoned the Canadian Justice Department and “tax enforcement officials” in Ottawa, and faxed documents to them with specific information, but no one followed-up with him and doesn’t know if any investigation was every initiated.

Michael Dagg, an Ottawa-based expert on access to information, told The Hill Times last week that he filed an ATI request in December 2014 to ask what information the Justice Department had received from Mr. Birkenfeld and if any action was ever undertaken based on that information. He said the response from the Justice Department indicated they have no records of any contact with the American banker. Mr. Dagg, who is on the board of directors of Canadians for Accountability along with Mr. Cutler, said after receiving this response, he filed a complaint with the information commissioner but the case still has not been concluded. Mr. Birkenfeld told The Hill Times that he has records of his phone conversations, faxes, and the names of the officials he communicated with. He added that he’s willing to share this information with the Canadian government.

Mr. Cutler said last week that Mr. Birkenfeld’s testimony should be heard only before a parliamentary standing committee so that all the information becomes available in an open forum and could be appropriately followed-up on.

Dennis Howlett, executive director of Canadians for Tax Fairness, said Mr. Birkenfeld is a bona fide witness and should be invited by a parliamentary committee to testify. He said, according to Statistics Canada, about $270-billion of Canadian money is stashed in offshore accounts and most of it is corporate money. Mr. Howlett estimated the actual amount could be a third or half more because the Statistics Canada report is based only on officially-reported money. He said that, in his view, Revenue Canada is losing about $8-billion in lost taxes from offshore bank accounts each year.

“Mr. Birkenfeld is a credible witness, we know from the fact that the United States got a lot of very useful information from him,” said Mr. Howlett, whose non-profit organization campaigns on tax fairness, issues related to tax havens, and closing tax loopholes. “He’s someone that I think should be taken seriously.”

Meanwhile, Mr. Birkenfeld said last week that at the movie opening of Snowden in Germany last month, he met with Hollywood movie director Oliver Stone who expressed interest in making a movie on Mr. Birkenfeld’s experience as well. Although there are no official plans for a film finalized, he said he’d be interested in working with Mr. Stone on this project.

This entry was posted by admin on October 18, 2016 at 1:48 pm, and is filed under BRADLEY BIRKENFELD, EVIDENCE. Follow any responses to this post through RSS 2.0. Both comments and pings are currently closed.