USA CITIZENS WHO FAIL TO COMPLY WITH FBAR FACE UP TO 10 YEARS IN PRISON + UP TO $500,000 IN FINE PER FBAR VIOLATION 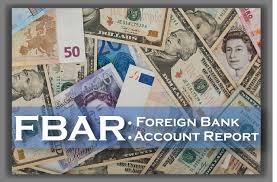 In 2013, the Financial Crimes Enforcement Network (FinCEN) posted an online notice that released new FBAR rules and deadlines. The FBAR, or Form 114 of the Report of Foreign Bank and Financial Accounts, has been around since 1970, but it has become even more relevant in recent years as economies continue to globalize and more U.S. citizens invest internationally and maintain funds outside the country.

FBAR became a hot topic recently when news of the Panama Papers hit the wires, exposing everyone from prominent politicians to recognized business professionals and pop culture celebrities to close scrutiny. Some records date all the way back to the 1970s, adding even more clout to allegations. The leaked documents showed how wealthy individuals, including public officials, have become deft at hiding personal financial information, and although many of the names listed have done nothing illegal, many of the shell corporations named in the documents were leveraging privacy to facilitate illicit activities including fraud and tax evasion.

The IRS and other governing bodies that exist to fight financial crimes are becoming even more focused on tightening rules and regulations designed to prevent fraud and tax evasion, and people are starting to pay more attention to the rules — and the penalties. According to the Treasury Department’s Financial Crimes Enforcement Network (FinCEN), FBAR filings grew on average by 17% per year for the last five years. A record high of more than 1.1 million filings were completed in 2015.

If your clients have any involvement in offshore holdings, now is the time to double check their status and make sure everything is filed before June 30. The grace period on failing to report international holdings is narrowing, and this is the time to get all reports in order and up to date.

WHO NEEDS TO FILE AN FBAR?

The IRS says any taxpayer with an interest in, or signature, or other authority over foreign financial accounts whose total value exceeded $10,000 at any time last year has to file an FBAR. If the taxpayer has previously unreported accounts from previous years, those must be filed as well.

WHAT’S THE HISTORY OF THE FBAR?

WHY DOES THE BSA REQUIRE FBAR FILING?

The rule is designed to track hidden money and prevent laundering, income-tax evasion and terrorism.

WHAT HAPPENS IF MY CLIENT DOESN’T FILE THE FBAR?

If the filing requirement is not met, your client could face severe civil and criminal penalties. Compliance failure penalties are different from the penalties for an incomplete tax return, and they can go as far as prison for up to 10 years as well as up to $500,000 in fines for each FBAR failure. Unlike tax returns, there is no extension opportunity for the FBAR, so any unfiled holdings need to be filed as soon as possible.

DO FBARS HAVE SPECIAL AUDITS?

FBARs are not automatically open to special audit, but they may still be selected for audits via the existing processes that are already in place for auditing tax or information returns. FinCEN owns overall responsibility for FBARs.

WHAT IF MY CLIENT HAS DELINQUENT FBARS?

Though FBAR rules have been in place since 1970. In June of 2014, the IRS published new delinquent FBAR submission procedures that outlined stricter rules about filing.The updated submission procedures said that any taxpayer who does not need the Offshore Voluntary Disclosure Procedures(OVDP), a loophole that offers taxpayers with undisclosed accounts the chance to become current with their tax returns; or the Streamlined Filing Compliance Procedures, another way out for taxpayers who admit they failed to report all assets; must file a delinquent FBAR and include a statement explaining why the filing is late. As long as everything was properly reported on the client’s tax returns, and the income from foreign financial accounts was reported on delinquent FBARs, and the client is not under income tax examination, the IRS will not impose a penalty.

It’s not too late to file the FBAR or declare past holdings that weren’t filed, but the window on the grace period is starting to close. If a client needs to file an FBAR, now is the time.

This entry was posted by admin on June 30, 2016 at 6:34 pm, and is filed under EVIDENCE. Follow any responses to this post through RSS 2.0. Both comments and pings are currently closed.