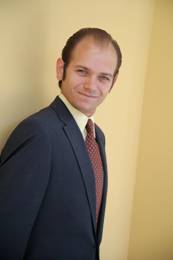 According to the federal complaint filed in New York, Mr. Spoutz—who also went under the pseudonym Robert Chad Smith, John Goodman and James Saintclair—is under investigation for selling counterfeit works of renowned artists including Willem de Kooning, Franz Kline and Joan Mitchell to major institutions in the past five years.

Mr. Spoutz has represented 20th Century American, European and Asian artworks for the past 16 years, according to his website.

The Smithsonian Institution’s National Museums of American Art and American History, George Washington University, Dartmouth College, the Florida State Capital, the Library of Congress, the Rock and Roll Hall of Fame and Museum and the Kinsey Institute for Research in Sex, Gender and Reproduction are among the institutions that he has sold artworks to in the past five years.

If convicted on the single count of wire fraud, Mr. Spoutz could spend up to 20 years in prison. However, the federal complaint doesn’t suggest who might have painted the artworks or even accuse Mr. Spoutz of creating them himself. So, who are the artists behind these paintings?

Preet Bharara, United States Attorney for the Southern District of New York, and Diego Rodriguez, the Assistant Director-in-Charge of the New York Field Office of the Federal Bureau of Investigation (“FBI”), announced the arrest of ERIC IAN HORNAK SPOUTZ, a/k/a “Robert Chad Smith,” a/k/a “John Goodman,” a/k/a “James Sinclair,” on charges of wire fraud in connection with the sale of dozens of forged artworks by renowned American artists, such as Willem De Kooning, Franz Kline, and Joan Mitchell. SPOUTZ was arrested in Los Angeles today and will be presented before U.S. Magistrate Judge Gail Standish of the Central District of California this afternoon.

Manhattan U.S. Attorney Preet Bharara said:  “As alleged, Eric Spoutz used false and fictitious provenance to peddle his forged artwork to unsuspecting buyers, claiming they were masterpieces from Willem De Kooning, Franz Kline and Joan Mitchell.  Our Office has a long history of investigating – and prosecuting – those who try to contaminate the art world with fraudulent artwork.  Thanks to the outstanding investigative work by the FBI, Spoutz’s alleged forgery mill is no longer in business.”

FBI Assistant Director-in-Charge Diego Rodriguez said: “As alleged, Eric Spoutz created an entire world of fiction to make a profit—from the fraudulent paintings he was selling, to the phony letters and receipts for provenance. The only real thing in this situation seems to be the financial losses the victims have incurred for purchasing what they thought were true works of art, whether for investment purposes or personal enjoyment.”

According to the allegations contained in the Complaint[1] and other documents in the public record, and statements made in court:

Between 2010 and March 2015, SPOUTZ repeatedly sold works of art he falsely claimed were by well-known artists, using forged documents to convince buyers of the authenticity of those works.  During the course of the scheme, SPOUTZ sold dozens of fraudulent works of art – which he attributed to, among others, Willem De Kooning, Franz Kline, and Joan Mitchell – through various channels, including auction houses and on EBay.

SPOUTZ was publicly accused of selling forged works of art as early as 2005, after which he began selling them under various aliases, particularly “Robert Chad Smith” and “John Goodman.”  To deceive his victims into believing the works of art were authentic, SPOUTZ created and provided forged receipts, bills of sale, and letters from deceased attorneys and other individuals.  These documents falsely indicated that SPOUTZ, in the guise of one of his false identities, had inherited or purchased dozens of works by these artists.

Despite his efforts to create false histories for the artwork, investigators identified multiple inconsistencies and errors in SPOUTZ’s forged provenance documents.  Many of the purported transactions took place before SPOUTZ was born, and the forged letters included non-existent addresses both for the purported sender and various parties referenced as sources of the artworks.  SPOUTZ also consistently used a single distinctive typesetting when forging documents purportedly authored by entirely different art galleries in different decades regarding unrelated transactions.  In one instance, investigators located the original letter used by SPOUTZ as a model for one of his forgeries in a collection at a private university, which holds a collection of letters from the individual whose identity SPOUTZ used to create a false story of inheritance.

SPOUTZ, 32, of Mount Clemens, Michigan, is charged with one count of wire fraud, which carries a maximum sentence of 20 years in prison.  The maximum potential sentence in this case is prescribed by Congress and is provided here for informational purposes only, as any sentencing of the defendant will be determined by a judge.

Unknown victims may have purchased artwork from SPOUTZ unwittingly under provenance documents using historical names such as “Betty Parsons Gallery,” “Larry Larkin,” “Henry Hecht,” and “Julius or Jay Wolf.”  If you believe you are a victim and purchased a fraudulent painting, please call the New York Art Crime Team at 212-384-1000, attention Special Agent Chris McKeogh or Special Agent Meridith Savona.

The case is being prosecuted by the Office’s Money Laundering and Asset Forfeiture Unit.  Assistant United States Attorney Andrew C. Adams is in charge of the prosecution.

This entry was posted by admin on February 7, 2016 at 2:37 pm, and is filed under EVIDENCE. Follow any responses to this post through RSS 2.0. Both comments and pings are currently closed.