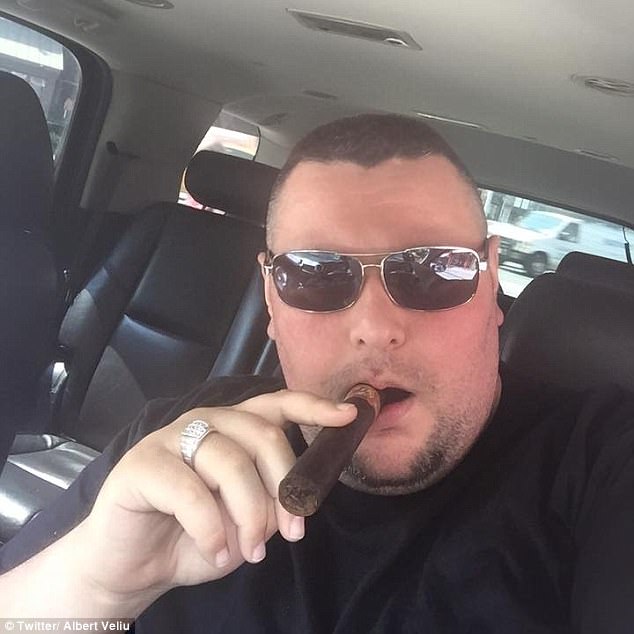 ABOVE + BELOW – Albert Veliu 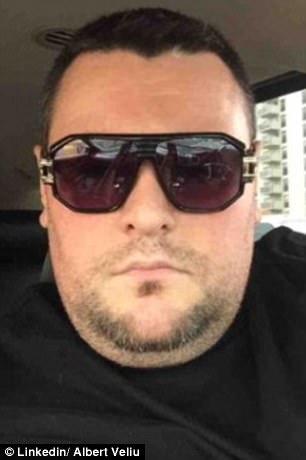 A former driver for the Kosovar consulate will spend nine years behind bars for arms dealing.

“I’m so ashamed,” Veliu said in court. “It is a decision I will regret the rest of my days.”

Veliu boasted that his consulate job — and the lax airport security it afforded — allowed him to move the contraband easily.

“Veliu facilitated the money laundering scheme by, among other things, exchanging the cash for purportedly ‘clean’ checks supported by fraudulent paperwork,” prosecutors wrote in a court filing.

While laundering the cash, Veliu tried to set up a firearm sale in Kosovo with a “confidential DEA source,” the feds said. The “source” told Veliu the arms were bound for Mexican drug cartels.

After accepting payment in the sting, Veliu went to Kosovo and got the heavy fire power.

“The arrest, conviction and today’s sentencing of Veliu mark an important victory for law enforcement in disrupting an international money laundering and arms trafficking network ready, willing and able to provide a pipeline of lethal weaponry to purported drug cartels in Mexico,” said United States Attorney for the Eastern District Richard Donoghue.

Earlier today, in federal court in Brooklyn, Albert Veliu was sentenced by United States District Judge Kiyo A. Matsumoto to nine years’ imprisonment for his role in a money laundering scheme that resulted in the defendant’s purchase and sale of an anti-tank rocket launcher and AK-47s rifles in Kosovo.  Veliu pleaded guilty in February 2019.

“This sentencing brings to light the multitude of offenses often linked with money laundering including extortion, arms and drug trafficking,” stated DEA Special Agent-in-Charge Donovan.  “The casualties of these crimes cross all borders and I applaud the law enforcement agencies involved in the arrest and prosecution of Albert Veliu for their collaboration and partnership.”

“Veliu’s illicit business spanned the globe.  By ‘cleaning’ drug money and buying and selling high powered weapons, he was able to create a dangerous and lucrative criminal enterprise,” stated HSI Special Agent-in-Charge Fitzhugh.  “HSI’s continued efforts with the DEA and other law enforcement partners allows for the arrest of those who threaten the safety and security of the public both domestically and abroad.”

“This case illustrates the great police work done by the Strike Force, putting another suspect behind bars,” stated NYSP Superintendent Corlett.  “The investigation spanned continents, involved rockets, high-powered firearms and a suspect who was prepared to provide deadly, dangerous weapons to criminals. With this sentencing, law enforcement has once again put an end to a violent enterprise, and made our streets safer.”

In October 2017, Veliu and his co-conspirators met with a DEA confidential source (CS), who represented himself to be a narcotics trafficker in need of laundering his illicit drug proceeds through a shell corporation.  Veliu agreed to assist the CS in exchange for a commission.  Veliu then orchestrated the money laundering scheme by, among other things, exchanging the cash for purportedly “clean” checks made out to the shell corporation.  The checks were supported by fraudulent paperwork, including bogus invoices and receipts.  Throughout the course of the investigation, the CS gave Veliu approximately $800,000 in purported drug proceeds to be laundered.

Later in the investigation, Veliu informed another DEA confidential source (CS-2) that he had access to firearms in Kosovo and was willing to broker a sale.  Veliu and CS-2  agreed that Veliu would purchase and then sell weapons he believed were bound for drug cartels operating in Mexico.  After accepting payment for the weapons, Veliu traveled to Kosovo to deliver the firearms to an individual he believed to be a Kosovo-based associate of CS-2.  Therafter, on two separate occasions, Veliu and his co-conspirators provided individuals with 14 AK-47s and an M80 Zolja Anti-tank Rocket Launcher equipped with a 64mm rocket.  Subsequent search warrants executed by Kosovo police netted additional weapons, ammunition and over 60,000 euros.

The government’s case is being handled by the Office’s Organized Crime and Gangs Section.  Assistant United States Attorney Michael T. Keilty is in charge of the prosecution.

This entry was posted by admin on January 31, 2020 at 9:33 pm, and is filed under EVIDENCE. Follow any responses to this post through RSS 2.0. Both comments and pings are currently closed.