ABOVE + BELOW – LEONARD DILLON KAIJUKA (Center) 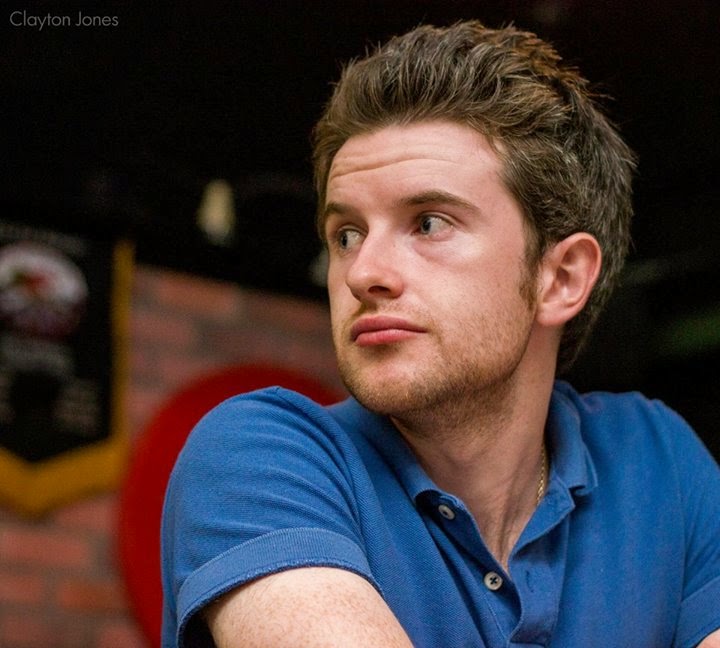 The following exclusive exposing fraud connected to an investor in a major development project on Jeju Island is published in Korean in the latest SisaIn Magazine. The following is the English version of the story, unpublished elsewhere. It is not a direct translation of the Korean-language report, and contains additional details and background, but maintains the key elements of the story. — John

A key foreign investor in a former Saenuri Party gubernatorial candidate’s project to build a new airport and other infrastructure on Jeju Island has used forged bank documents to claim having billions of dollars at his disposal, according to a months-long investigation.

Leonard Dillon-Kaijuka, one of two principal investors in the project spearheaded by ruling party politician Kim Gyeong-taek, has circulated multiple documents purporting to show bank deposits in his name ranging in amount from 1 billion to 5 billion euros. The “proof of funds” documents, which first appeared on an obscure whistleblower website based aboard, feature the apparent letterhead of Dutch bank ABN Amro Bank and appear to contain the signatures of bank officials. The documents are dated between 2009 and last year.

Dillon-Kaijuka, the president and CEO of Dillon-Kaijuka Associates, confirmed his ownership of the documents when confronted for this story, but claimed they are genuine.

He said the documents had been “hacked” by malicious former employees as part of a “defamation campaign” against him. He also said they had not been used in his business activities in South Korea.

He further claimed the issuing bank was very “displeased” over the disclosure.

But a press official at ABN Amro Bank earlier told this writer that the documents are forgeries and the bank has no dealings with Dillon-Kaijuka.

“The ABN AMRO documents showed on the website are false and forged documents. Who makes those documents or who is using these documents is unkown (sic) to me,” Jeroen van Maarschalkerweerd, senior press officer at the bank, said via email.

When contacted for a response, Dillon-Kaijuka claimed the bank was protecting his privacy in disavowing the authenticity of the documents.

He further claimed to be a victim of media harassment and a campaign to destroy his business, both of which, he said, have racist motivations. Dillon-Kaijuka is an African-American.

The massive development project on Jeju, which calls for the construction of a new airport, “world trade center” and cultural center, was first reported in Jeju’s local media in February. At the time, Kim, currently the head of the government transition preparation committee for Jeju governor-elect Won Hee-ryong, was vying to be the Saenuri Party nominee for governor in the June 4 elections. Kim, a former vice governor of Jeju, failed to secure the nomination, but fellow Saenuri Party candidate Won went on to win the election.

The conservative politician, who is pursuing the project through his think tank Jeju Future Society Research Institute, signed a memorandum of understanding for the project with Dillon-Kaijuka Assoc. and another firm, GK Holding Group, on February 22, according to local news reports. The MOU stated the two firms were to provide $5 billion for the project, according to the reports.

The reports contained little information on the exact nature, terms and time scale of the development, which still remain largely unclear.

In April, Kim told local media he expected the transfer of the first $50 million in capital to a commercial bank by the end of the month and for a special purpose company to be established for the project in May.

When contacted for clarification last week, Kim told SisaIN the plan is still going ahead but has been delayed.

“We failed to get money by the end of April, therefore we changed our plan. We are going to wait for the money until the end of this month (June),” he said.

In late May, Dillon-Kaijuka told this writer that the official process of seeking approval for the project would begin after a base of operations is established in June.

“We understand that the first process requires that we have a presence there, and with that presence we have a significant cash deposit there, we understand that. And once that happens we begin to take those next steps (for government approval).”

He claimed to have discussed the project with both the U.S. and Korean governments but declined to provide further details. He further claimed not to know the value of the MOU, adding that he has “no idea” where the figure reported in local media came from.

A spokesman for Won, meanwhile, denied the Jeju governor-elect had any knowledge of the project whatsoever, adding that a decision has yet to be made on the construction of a new airport. He said Won has no personal relationship with Kim, and had appointed him to lead his preparation committee as a result of their election rivalry.

“Accordingly, successful candidate Won certainly could not have known about any past issue with Kim,” a statement from his office read.

The documents in question first appeared on a seemingly little-known website called The Whisteblowers. The website, which contains thousands of apparently leaked documents including financial documents and passports, claims to expose irregularities in finance across the world. Its two apparent operators, David Rea and Sanjay Kalpoe, claim to be former independent financial brokers from the U.S. and the Netherlands, respectively. Both individuals are listed as founding partners on the website of an apparent investment and asset management firm called Hammer Wealth Solutions.

Rea said the documents linked to Dillon-Kaijuka were provided by a confidential source in South Korea. This writer was unable to independently make contact with this individual.

Dillon-Kaijuka’s history in business is unclear. He refused to disclose his previous projects or source of his funds, saying only that he has an extensive network of investors.

The American national, who has been operating out of an office in Gangnam in recent weeks, said that he is in Korea to forge business ties with Africa.

Dillon-Kaijuka Assoc., described on its website as a provider of “investment and development services,” is registered with the state of Illinois as a corporation, but not with the state or federal financial regulatory authorities. Entities that wish to sell stocks to the public generally must be registered with the U.S. Securities Exchange Commission or equivalent state authority, but corporations are not generally required to disclose even the nature of their business. Kaijuka said that his company does not trade in securities.

Along with Dillon-Kaijuka as president, an Alvertis Bell is listed as director of the corporation in state records in Illinois.

Alvertis Bell, aka Al Bell, is the name of one of the most famous figures in Motown, having co-owned Stax Records in the late 60s and early 70s. Bell did not return correspondence seeking to confirm whether he is the same person. Dillon-Kaijuka and Bell are also listed on official records for the incorporation of a company in Arkansas, the famous Bell’s home state, called Southern States Service Corp. in 1979.

Meanwhile, Dillon-Kaijuka Assoc.’s head office, located in downtown Chicago, is a space rented from Regus, a multinational company that provides rooms and phone-answering services to businesses. A Regus employee who answered the phone listed on the firm’s website confirmed that the company has no physical presence at the address. Kaijuka’s home address, as listed on his firm’s incorporation record, has an estimated off-market value of just over $50,000, according to Homes.com.

Song Young-ho, introduced by Kim as the effective manager of the project, said he was aware of allegations against Dillon-Kaijuka but does not believe them to be substantiated.

“We have heard about that rumor that Leonard Dillon-Kaijuka is not a reliable person and we tried to investigate if the rumor is true or not,” said Song. “And we asked him directly. Leonard answered that it was just a kind of slander. And we found that he was not accused of anything at all. We thought, if there was something wrong with him, there would be a record that he was accused or something. But he was not.”

A new airport on Jeju has been a recurring issue at election time, with the current airport predicted to reach full capacity within about a decade, according to a report in Jeju Weekly from 2010.

Both President Park Geun-hye and former President Lee Myung-bak pledged a new airport for the island during their election campaigns.

This entry was posted by admin on August 20, 2015 at 12:22 pm, and is filed under EVIDENCE, TWB PRESS. Follow any responses to this post through RSS 2.0. Both comments and pings are currently closed.