IN 2014, JULIAN BEARDSLEY AT HESTIUN FINANCE (U.K.) LIMITED sent €1B to a notorious receiver in Romania named VITALIE USTUROI which was blocked by the Central Bank.

BELOW – Vitalie Usturoi was a close associate of Viktor Bout (AKA: The “Merchant of Death”).

He was arrested in Thailand in 2008 before being extradited in 2010 to the United States to stand trial on terrorism charges after having been accused of intending to smuggle arms to the Revolutionary Armed Forces of Colombia (FARC) for use against U.S. forces. On 2 November 2011, he was convicted by a jury in a Manhattan federal court of conspiracy to kill U.S. citizens and officials, delivery of anti-aircraft missiles, and providing aid to a terrorist organization, sentenced to 25 years in USA prison. 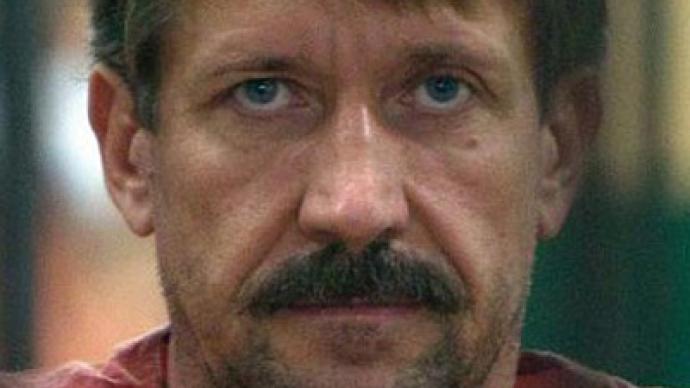 An agreement between Bucharest and Moscow to construct an aircraft factory and airport in Romania has been scuppered by allegations of money laundering at an international level. The architect of the deal’s chequered past has also come to light. EurActiv Romania reports.

On the outskirts of Bucharest, Russia has set its sights on building a massive business park, including, among other ventures, an aircraft factory. The sums of money being talked about are staggering and have been discussed at the highest levels of the Romanian government.

According to investors, the first €1 billion has been made available. Even the former Minister for the Economy, Varujan Vosganian, met with Russian officials about the investment. But, the deal’s administrator is a controversial figure. Vitalie Usturoi has been linked with a high-profile cigarette-smuggling scandal, the privatisation of the Auto Romania company and the closure of the country’s largest bank, Bancorex, as well as the 1989 Revolution.

Villagers in the Aduna?ii Cop?ceni commune in southeast Romania could not believe it when a mysterious investor offered to buy their land for ten times its worth, with the intention of building an aircraft factory, an airport and houses for some ten thousand employees; all under the umbrella of West Euro Energy Trans Airspace Holding (WEETAS), the majority shareholder of which is Vitalie Usturoi. He hails from Bessarabia, and holds Romanian citizenship.

Usturoi said that the aircraft factory, which would be run by Russian company Tupolev, “cannot be built without a runway” and that “140 Russian and European companies” would be involved. “In March 2014, a contract was signed with a financial platform based in the United Kingdom and I signed for the first tranche of €20 billion. Over the next five years, €250 billion will come into Romania,” explained Usturoi.

Usturoi’s “financial platform” is called Hestiun Finance Limited, a British firm that apparently holds its money in Frankfurt. The first installment of money arrived in Romania in spring 2014, but was blocked by Romanian bank BRD, which refused to comment in-depth on the situation, citing banking regulations.

“Any amount over €15,000 is reported to the Money Laundering Office and other institutions. The billion was blocked due to concerns over its source,” explained BRD sources on the condition of anonymity.

The National Bank of Romania’s (BNR) supervisory director, Lorina Du??, said “information exists” about a sum of money of the type described by Usturoi, but stopped short of confirming if it was the same €1 billion.

Current government spokesperson, Dan Suciu, who was the BNR’s spokesperson in 2015, said that the money, officially, had not arrived in Romania.

Usturoi attempted to explain where the money had originally come from: “The money is Russian, from the Vnesheconombank (Russian Development Bank). It is state money, Vnesheconombank is part of the state. BRD wonder where the hell the money is from, has it been laundered? The money is official. It is money from the Russian state, intended for foreign investment. Where else would we put it other than in the most reliable banks?”

The deal in question is official, even though it is unclear where Usturoi’s billion actually is. Former Minister for the Economy, Varujan Vosganian, signed a protocol with Konstantin Kosaciov, head of the federal Rossotrudnichestvo agency, back in April 2013. An official press release confirms the deal between Bucharest and Moscow and “collaboration between the two companies of Tupolev and Romaero”.

When contacted by telephone in November 2015, Vosganian claimed not to have signed the protocol, and that it was decided by committee. Later, he acknowledged his involvement, but denied having met with Vitalie Usturoi.

The Russian Ministry of the Interior sent a letter to WEETAS confirming the collaboration between the two parties and that due to the size of the investment decisions would have to be taken at an intergovernmental level.

In an official photo taken of the meeting between Vosganian and Kosaciov, the former personal secretary to Romanian dictator Nicolae Ceau?escu, Constantin Bo?tin?, can be seen. Bo?tin?, who was until recently the vice-president of the Romanian business association, was also Deputy Minister for the Economy during the Communist period, and currently runs a consultancy firm that advised Usturoi on the Tupolev deal.

Bo?tin? confirmed that he had provided services to Usturoi but could not comment on the existence of the money without “Usturoi’s consent”.

The extent of his involvement with Usturoi is demonstrated by a letter sent by Bo?tin? to the then-Prime Minister, Victor Ponta, asking for him to intervene and unblock the bank account. The letter cited information provided by risk-assessment database World-Check, and the Romanian Trade Register, in an attempt to show that neither Usturoi nor WEETAS should be banned from conducting business in Romania.

Usturoi then claimed that the Prime Minister’s office had not replied.

Hestiun Finance Limited, according to UK records, is a small company that employees nobody and has only several thousand pounds in assets. When its official address was contacted, no one in the building had heard of the company or its supposed administrator, Julian Richard Beardsley. A simple internet search reveals websites that link the company to suspected money laundering.

Beardsley could not be contacted via email or Skype.

David Rea, a money expert who works for an American investigative website, claimed that such a sophisticated scheme would need the involvement of corrupt individuals at either end of the financial transaction, as well as in the European Central Bank. He added that the sole goal of the racket would be “to convert unofficial money into official, clean, money”.

Usturoi refuted the claim that the money was anything other than official investment, claiming that the ECB and Deutsche Bank would never have allowed it if it was not “clean”. He also complained that he had cooperated with the authorities and suggested that the Romanian secret service continued to block the money.

Usturoi then tried to unblock the money by filing a criminal complaint against BRD’s employees. This was dismissed, and WEETAS was subsequently investigated for tax evasion, with authorities claiming that the firm owed €1.4 million in salary taxation.

The mayor of the Aduna?ii Cop?ceni community was contacted by Usturoi, and was initially sceptical about whether the promised investment would be delivered. “I questioned how realistic the plan was at first, but such a large investment cannot be ignored,” said Ion Tache.

Beyond the aircraft factory, Ustuori also had plans involving the Black Sea, where he planned to extract gas in order to fuel the project. He also envisaged the construction of a pilots’ academy and training facility on Bulevardul Unirii, a thoroughfare in central Bucharest. The likelihood of whether the projects would have been realised is still unclear, but Usturoi claims to have detailed plans for each.

In 2005, Usturoi’s name was linked to a case of large-scale money laundering by the National Office of Preventing and Combatting Money Laundering (ONPCSB). It involved transferring significant amounts of unclean money from natural gas distributors and Gazprom, claimed ONPCSB inspectors. A court case is still pending.

Usturoi has also been heavily linked to the Romanian Revolution, and the Romanian media has often speculated that he was a high-ranking KGB or Spetsnaz GRU agent. He has denied that he held such a position, but has acknowledged that he has ties to the GRU. “Of course I knew people in GRU, that just happened in the Soviet Union. I knew many. Well, back then I did,” he admitted. Andrei Astefanesei has worked as an investigative journalist in Romania since 1998. He is now working for euractiv.ro (European News Network), writing about corruption and organized crime in Romania and about Romanian justice system. He has won some national and international awards for cross-border investigations (2011, Freedom House Romania), (2012, Poland Ministry of Foreign Affairs and Reporters Foundation) and (2013, National awards of Sweeden).

This entry was posted by admin on October 3, 2015 at 8:36 am, and is filed under EVIDENCE, TWB PRESS. Follow any responses to this post through RSS 2.0. Both comments and pings are currently closed.