« ANTI-AUTHORITY + MILITIA MOVEMENTS IN CANADA
FYI: WHILE MANY USA TAXPAYERS USE PUBLIC MEDICARE OR NOTHING FOR THEIR HEALTHCARE, their representatives in Congress use taxpayer paid, private, concierge, onsite, gold plated OAP for medical care »

AFTER CORONA VIRUS, TERRORISM WON’T BE THE SAME – Will sovereign citizens use anger, lack of trust in government + economic chaos from COVID-19 for classic anti-USA government + new racist anti-China terrorism? 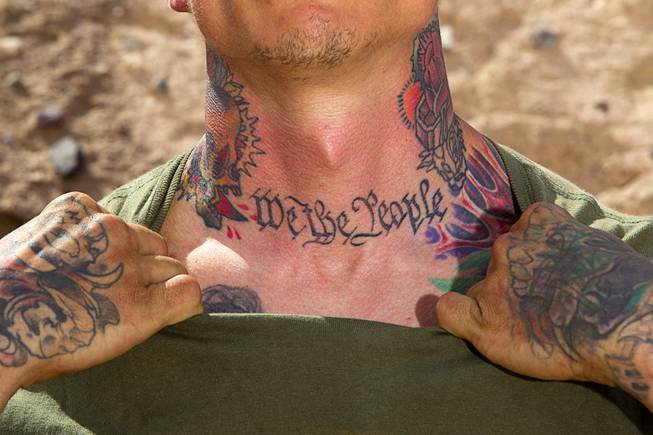 As the coronavirus pandemic has spread, terrorist groups have reacted in different ways.

Traditional terrorist groups such as the Islamic State and al Qaeda and its many affiliates are for the most part confused in their response to COVID-19. Some see chaos that they can take advantage of (in places such as West Africa), others divine retribution on nonbelievers (as the Islamic State and the Turkistan Islamic Party, a Uighur group, have suggested), while others an opportunity to show their governance capabilities (such as the Taliban and Hezbollah). Governments have redeployed some counterterrorism capabilities to support the coronavirus response while contorting legal definitions of terrorism to prosecute people committing antisocial acts such as coughing on others.

So far, the number of acts that could reasonably be called terrorism have been quite limited. It is for the most part generic anti-establishmentarianism fed by conspiracy theories. Fear of 5G technology being linked to the spread of the disease has led to the burnings of cell-phone towers across Europe.

In the United States, fear of big government has resulted in a bomb plan targeting a Kansas City, Kansas, hospital preparing for virus response and an attempt to derail a train in the Port of Los Angeles shipyard. Some more enterprising jihadis have sought to weaponize the coronavirus, while the extreme right wing has largely only talked about doing it.

These acts have a unifying theme. Like most terrorism, they are fundamentally acts of revolt against the established order. In the United States there is a rich tradition of anti-government activity, drawing on a broader narrative of libertarianism than runs through the American body politic.

In the United States there is a rich tradition of anti-government activity, drawing on a broader narrative of libertarianism than runs through the American body politic.

Oklahoma City just marked the 25th anniversary of Timothy McVeigh’s attack on the Alfred P. Murrah building in 1995 that led to 168 deaths. McVeigh emerged from a broader U.S. movement called “Patriots” by federal investigators, who had long worried about these extreme libertarians’ potential for violence and their propensity for gathering lots of weapons. More recently, this movement has expressed itself through sovereign citizen groups, which reject federal regulations and target police.

For those whose mindset is shaped by this history of anti-government activity, the massive expansion of the state that follows a national crisis like a pandemic outbreak will be a concern. For such individuals, the fear is as much about expansion of the state as it is distrust in government’s activity in general. Some expressions of this anger are already visible in places such as Michigan, Kentucky, and North Carolina.

This sense of disenfranchisement is further exacerbated thanks to the growing distrust that is visible in government globally. Given the propensity of leaders to publicly utter untruths or half-truths, citizens’ collective faith in government is being eroded. Various criminal organizations have spotted this and sought to offer themselves as alternatives.

Terrorist groups such as Hezbollah, the Taliban, and Hayat Tahrir al-Sham that control pieces of territory have used the chaos to showcase their own public health capabilities, as thin as they are. Criminal groups in Brazil, El Salvador, and Mexico are seeking to display their power and resources. These moves are not particularly altruistic, however, with most groups undertaking them out of recognition of the battle for hearts and minds they could win through these acts.

Others on the fringes are taking this distrust to its violent extreme, and their number is likely to increase over time. The current COVID-19 response is going to expand the presence of the state, draw attention to inequalities that will be exacerbated in the post-coronavirus economy, and ultimately highlight the budget-tightening that is going to have to follow.

The current COVID-19 response is going to expand the presence of the state, draw attention to inequalities that will be exacerbated in the post-coronavirus economy, and ultimately highlight the budget-tightening that is going to have to follow.

Some may fear big government, but others will instead grow angry if it is not seen to be dealing with their problems and concerns. These fissures all open up narratives ripe for exploitation by anti-government factions, racist groups, political extremists of every type, and extremist Luddites or other fringe groups.

The growing army of the disenfranchised will create a community of those who are open to placing the blame on someone else. In the West there has been a growing push to blame China—something that is happening among senior officials (such as Deputy National Security Advisor Matthew Pottinger and Sen. Ted Cruz in the United States or the heads of the parliamentary defense and foreign select committees in the U.K.) and increasingly in the general population in countries where the tone of anti-Chinese sentiment is growing. This anger is also straining existing social tensions around migrants, something visible in the nasty racist tinge that colors a lot of COVID-19 discourse.

Unfortunately, once anti-Chinese sentiment catches on among the general public, it tends to be less discerning—resulting in abuse and violence toward all those who appear to be of East Asian ethnicity. And while hate crimes do not always equate to terrorism, they are often a precursor to it. The intercommunal tensions hate crimes produce provide fodder to those who are prone to violence to act out on their nasty impulses, as well as providing a rich environment for groups seeking to advance divisive ideologies.

Once anti-Chinese sentiment catches on among the general public, it results in abuse and violence toward all those who appear to be of East Asian ethnicity.

This problem is not exclusive to the West. In Indonesia, researchers have warned of a growing tension toward Chinese nationals within the country. This draws on a rich seam of anger toward China more generally in the country—in part stemming from historical ethnic tensions, but more recently being exacerbated by Beijing’s treatment of its Muslim Uighur minority. There have even been warnings of this sentiment resulting in terrorism against Chinese residents of Indonesia, with a cell reported as having discussed targeting Chinese workers. This might lay the foundations for a more violent expression of anti-Chinese terrorism in Southeast Asia.

Chinese relations with Southeast Asia are often strained, and there are other expressions of anger against China more generally at the moment as well. Thailand became embroiled in an online spat with China when young Thais took umbrage at Chinese online warriors attacking prominent Thai actors for expressing views in solidarity with Taiwan and Hong Kong. The resulting “milk tea alliance”—so called because people in the countries are generally fans of sweet milk tea—has angered Beijing and dragged in the local embassy to express the usual Chinese anger at others recognizing the independence of places Beijing sees as part of China.

In Kazakhstan, a post on the Chinese internet that appeared to suggest that Kazakhstan wanted to become part of China drew enough ire to prompt the Kazakh Ministry of Foreign Affairs to haul in the Chinese ambassador and demand an apology. In neighboring Kyrgyzstan, anti-Chinese sentiment coalesced around the idea of Chinese nationals being spreaders of the disease and has seen a member of parliament make statements about how Chinese citizens should be avoided.

None of this is terrorism, of course, but there is a clearer focus of public anger toward China. As China becomes a more dominant player in world affairs, it will increasingly become a target

As China becomes a more dominant player in world affairs, it will increasingly become a target

, something that is in part driven by Beijing’s treatment of minorities at home. This could crystallize into attacks on Chinese nationals or companies.

At the even darker fringes, even the 5G telephone pole-burning phenomenon might be a prelude to something else. The Luddites were a group of textile workers in the U.K. who emerged in the 19th centur. They were known for violently protesting as technology developed that was slowly displacing their jobs. In more modern times, Ted Kaczynski, better known as the Unabomber, carried forward the Luddite mantle by leading an almost two-decade-long bombing campaign that culminated in the publication of his manifesto, “Industrial Society and Its Future”—a screed about how modern technology was eroding personal freedoms.

Today, the rapid shift to online work by a growing proportion of workers is going to dramatically accelerate in the wake of the coronavirus pandemic. Companies are shrinking volumes of staff and trying to work more online or remotely. Things that were previously done in person are now migrating online.

Having been made redundant by online tools, disgruntled ex-workers could very well repurpose them to mobilize a backlash.

While many will return to working in the ways they did before the crisis, a surprisingly high number might find their work pattern permanently altered or face redundancy as a result of the cost savings that companies now see they can make while still achieving the same result. This might create an angry movement that draws together disgruntled ex-workers using the very tools that they are angry about for displacing them. Having been made redundant by online tools, they could very well repurpose them to mobilize a backlash.

Terrorism often emerges in the spaces where government is perceived to have failed or where people feel they are being excluded from the system. The pandemic is likely to lower people’s sense of trust in authority even further. The result will be increased problems from those who turn angry enough to want to use violence to articulate their grievances.

The world has already seen a failure in international cooperation when it comes to responding to the coronavirus, and while there have been innumerable acts of kindness between citizens, the larger sense of anger and disenfranchisement that will follow will create new forms of political violence. Some will draw on long-standing ideologies and groups, while others will emerge in surprising ways. Terrorism will not end in the wake of the coronavirus; instead, it is likely to evolve in ever more extreme ways.

This entry was posted by admin on April 30, 2020 at 6:55 am, and is filed under EVIDENCE. Follow any responses to this post through RSS 2.0. Both comments and pings are currently closed.