« HERVE FALCIANI’S GREAT SWISS BANK HEIST – The computer technician who exposed a Swiss bank’s darkest secrets.
IN 1996, THE USA DEEP STATE INTERFERED IN A RUSSIAN PRESIDENTIAL ELECTION which created the Russian oligarchs mafia who in 2016 are returning the favor » 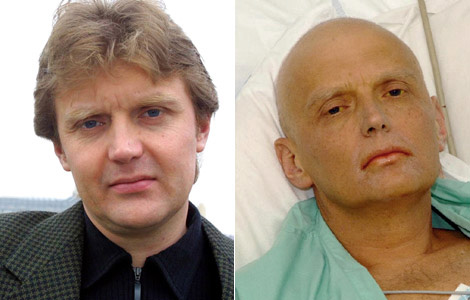 ABOVE –  Alexander Valterovich Litvinenko was a former officer of the Russian FSB secret service who specialised in tackling organised crime – according to US diplomats, Litvinenko coined the phrase Mafia state.

Documentary film describes the September 1999 Russian apartment bombings as a terrorism act committed by Russian state security services. Written and directed by Yuri Felshtinsky and Alexander Litvinenko. “We just cannot go out and say that the president of Russia is a mass murderer. But it is important that we know it.”

According to Berezovsky, Litvinenko was actively collecting intelligence relating to ‘the laundering of a huge amount of money belonging to Putin and Roman Abramovich

In the year he was murdered, Alexander Litvinenko was investigating suspicions that the owner of Chelsea football club, Roman Abramovich, was involved in money-laundering and illegal land purchases, the high court has heard.

In one of two witness statements given to British police, the Russian exile Boris Berezovsky said Litvinenko spent the last months of his life investigating Russian mafia activity in Spain. At the time, Litvinenko was working for Britain’s secret intelligence service, MI6, and for Spanish intelligence. The inquiry into Litvinenko’s death has heard that the former Russian spy began working for MI6 in 2003.

According to Berezovsky, Litvinenko was actively collecting intelligence relating to “high-profile” people from Spain and Russia, including Abramovich and Vladimir Putin. Berezovsky told detectives: “He [Litvinenko] said the investigation was about the laundering of a huge amount of money belonging to Putin and Roman Abramovich”.

Berezovsky’s statement, read in the high court, said Litvinenko’s information was “likely to see him [Abramovich] arrested in Spain for money laundering and buying land illegally”. Berezovsky said Litvinenko would have reported back to “MI5 and MI6”. Litvinenko received a regular monthly salary from MI6, and had a dedicated handler, “Martin”.

The statement said that Litvinenko, an expert on Russian organised crime, was further investigating “the purchasing of property” in the UK by Abramovich using “this money”. Spain was probably the “main topic he discussed” in the runup to his murder, Berezovsky said.

Berezovsky made his remarks to police in March 2007, four months after Litvinenko was killed. A former officer in Russia’s FSB spy agency, Litvinenko was poisoned in November 2006 after meeting two Russians in a Mayfair hotel. The pair, Andrei Lugovoi and Dmitry Kovtun, allegedly put radioactive polonium into his tea. He died 23 days later. 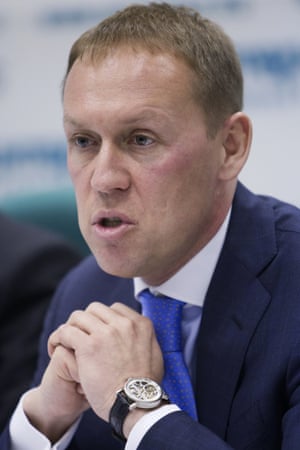 Andrey Konstantinovich Lugovoy, also spelled Lugovoi, is a Russian politician and businessman and deputy of the State Duma, the lower house of the Russian parliament, for the LDPR. SANCTIONED BY USA.

The inquiry heard that Litvinenko was closely involved in two operations by the Spanish authorities in 2006 against leading Russian mobsters. One of them led to the arrest of Zakhar Kalashov, a Georgian mafia boss also known as Shakuro. Kalashov is the most senior mafia leader to have been captured outside Russia. Like MI6, Spanish intelligence had put Litvinenko on its payroll, Berezovsky said.

Leaked cables released by WikiLeaks in 2010 mention Litvinenko’s undercover investigations in Spain. A Spanish prosecutor, José Grinda González , said he agreed with Litivnenko’s “thesis” that organised crime in Russia was under the direct control of the Kremlin’s spy agencies, including the FSB. The operations Litvinenko was involved in led to the arrest of more than 60 suspects.

The inquiry heard that Berezovsky had been involved in a longrunning legal battle against Roman Abramovich, which he lost in 2012. Berezovsky was found dead at his ex-wife’s Surrey home in March 2013. His aide Michael Cotlick told the high court on Monday he believed Berezovsky killed himself. An inquest recorded an open verdict.

Cotlick said Berezovsky – who fled to the UK in 2000 after falling out with Putin – had received numerous death threats. In 2006, Berezovsky had reduced the salary he had paid Litvinenko, which left him “upset”. But he said the two men did not fall out, with Berezovsky’s continuing to pay private school fees for Litvinenko’s son, Anatoly.

Cotlick added that in July 2010 Lugovoi – Litvinenko’s alleged killer – sent Berezovsky a black T-shirt. The “present” was delivered to London by one of Lugovoi’s business associates, Rafael Filinov. The T-shirt bore the words on the front: “Polonium-210 , London-Hamburg, To Be Continued”. Kovtun visited Hamburg before meeting Litivnenko.

On the back, the T-shirt read: “CSKA Moscow, Nuclear Death, Is Knocking Your Door”. Lugovoi supports CSKA Moscow, and watched the team play Arsenal at the Emirates stadium in London hours after allegedly poisoning Litvinenko in 2006. The shirt also had a red communist star and a black radiation warning symbol.

Berezovsky handed the T-shirt to the Metropolitan police. “We felt it was an admission of guilt on behalf of Mr Lugovoi,” Cotlick said.

MORE BACKGROUND: Exiled oligarch Boris Berezovsky was murdered because he was about to hand Putin evidence of a coup plot, claims former head of security Allegations: The explosive theory was made by Sergei Sokolov, who claimed his former boss had gathered ‘compromising material’ as part of his plan to return to Russia

Boris Berezovsky was killed in his bathroom because he was preparing to give Vladimir Putin evidence of a plot involving leading oligarchs to topple the strongman in a coup, it was claimed today.

The exiled Russian tycoon was slain by Western secret services linked to the plan to overthrow the Kremlin leader.

The theory comes from Berezovsky’s former long-time head of security Sergei Sokolov, who disputed the version of British police that the ex-billionaire took his own life, aged 67, in Berkshire in March 2013.

‘I am convinced it was done by the Western secret services,’ he said.

‘If Berezovsky’s death is a puzzle for you, it is a problem solved for me. Boris was killed simply because he possessed certain secret information and was going to make it public. This is not just my guess, I know it for sure.’

Sokolov, the head of a major Moscow private security agency, said his ex-boss was intent on returning to Russia, and had opened negotiations with Putin on allowing him back despite years of bitter opposition to the president.

‘Boris forwarded Vladimir Putin a letter with repentance,’ he said.

‘It was a part of the big venture he had been planning. Berezovsky was living and looking forward to his return to Russia. Of course, he was hoping for indulgence.

‘Boris was killed only because he possessed information which he was going to share with Putin.

‘I am absolutely sure that Boris had video and audio evidence about certain oligarchs who offered to organise a coup in the country, promising him to be seen as being at the head of the attack.

‘Berezovsky planned to come back to his motherland with this sensational material.

‘You understand it now: those people he had gathered compromising materials for, considered him to be a serious threat.’

Berezovsky – who had a penchant for secretly recording conversations – had hidden his treasure trove, claimed Sokolov.

‘Western secret services are still chasing it. Boris was not a predictable guy, who would keep precious information under the pillow in his house.’

He claimed that Berezovsky had inside information from MI6 about Russia.

‘I knew that Boris was in close relations with MI6, Mossad and the CIA,’ he claimed.

But ‘when he became dangerous for their recruited residents such as Russian politicians and oligarchs, the Western secret services decided to get rid of him.’

He alleged: ‘Berezovsky’s murder was prepared for several months. It was a brilliant operation by the secret services.

‘You decide: Berezovsky had a house …. round the clock security, CCTV cameras around the house. A fly would not make it.

‘And on the day of his death all the security guards vanished, CCTV cameras were switched off for some reason, although they are placed every 100 metres.

‘It is likely that not only MI6 took part in this operation but also CIA. There were people around Boris who were recruited by these secret services, including some of his guards.’

His personal guard and driver Avi Navam would later find his body in the locked bathroom.

He also disputed claims that Berezovsky was impoverished and depressed when he died having lost all his money, following a bitter £3 billion high court battle against Roman Abramovich. Death: Berezovsky was found dead at his ex-wife’s home, pictured, in Berkshire in March 2013

‘Let me assure you, Boris was not a poor man. There were rumours after his death that he did not have money for a plane ticket. This is just lie. At the moment of his death he had about $1 billion dollars in his bank accounts.

‘One should agree, it is possible to enjoy your life with this money. Yes, he could not afford yachts like Abramovich but, gently speaking, he was not poor.’

He also had a string of young lovers, he claimed.

‘I knew Boris very well. He was a man with solid mental health. He was full of adrenalin – it was obvious he was about to start a new venture.’ ‘Not a poor man':  Berezovsky owed the taxman £46 million when he died, but Sokolov claimed he had about $1 billion in his bank account

Sokolov also claimed that in the 1990s, Berezovsky had ordered him to follow Boris Nemtsov, the Russian opposition leader killed in Moscow on 27 February.

He admitted to a Moscow newspaper that he had installed listening equipment in the politician’s flat during the Yeltsin era.

‘We tried to understand what he was interested in, and if he can tell the truth – we followed his movements plus installed recording equipment in his flat.

‘Some part of compromising materials Berezovsky showed to Boris Yeltsin, something used for other purposes.’

‘Every oligarch or official has a weak side,’ he said.

‘The best agent is the person who is next to you but you hardly notice him – either a secretary or a driver. It was easy to recruit women.’

‘When young guys were going out with girl, he was studying, and then he got to the top of this life. And started to compensate it. This where his interest in young women was coming from.’

He claimed that Nemtsov could have been killed by a jealous husband.

‘But first of all, Western secret services are the beneficiaries of Nemtsov’s death.’

‘From the point of view how it was planned, it is very much like CIA operation,’ he claimed.

Despite this, Russian police have identified a Chechen link to the murder.

‘It was a simple murder – go up the steps, shoot, jump into a car… and the killers, it does not matter who they are – Ukrainian or Chechen,’ said Sokolov.

Mr Berezovsky, 67, was found with a ligature around his neck.

Berkshire coroner Peter Bedford said that ‘contradictory’ evidence meant he could not prove beyond all reasonable doubt that the businessman either took his own life or was unlawfully killed.

Sokolov was head of the Atoll security agency, and worked with Berezovsky from 1994 to 1999.

The security specialist has changed his mind on the tycoon’s death which he originally saw as suicide.

Soon after his body was found, Sokolov said: ‘Berezovsky was not a threat to anybody and nobody really needed him.

‘His death was quite natural. He did not like sports, he did not care a lot about his health…It is a case like Whitney Houston.’

This entry was posted by admin on July 25, 2017 at 11:18 am, and is filed under EVIDENCE. Follow any responses to this post through RSS 2.0. Both comments and pings are currently closed.