« UK PLACES BAHAMAS on money laundering watchlist
IN 2015, THE VENEZUELA NARCONEPHEWS TRIED TO USE THEIR DIPLOMATIC PASSPORTS TO AVOID DEA ARREST BUT THEIR CLAIM OF DIPLOMATIC IMMUNITY WAS REJECTED, they were 2017 convicted of cocaine trafficking + sentenced to 18 years in USA prison »

AS A RESULT OF INDIA’S DEMAND, KIMBERLEY PROCESS CERTIFICATION SCHEME (KPCS) TO EXPAND SCOPE FROM CONFLICT DIAMONDS to, also, include don’t carry stigma of corruption + money laundering, not linked in any way to terrorism or terrorist financing 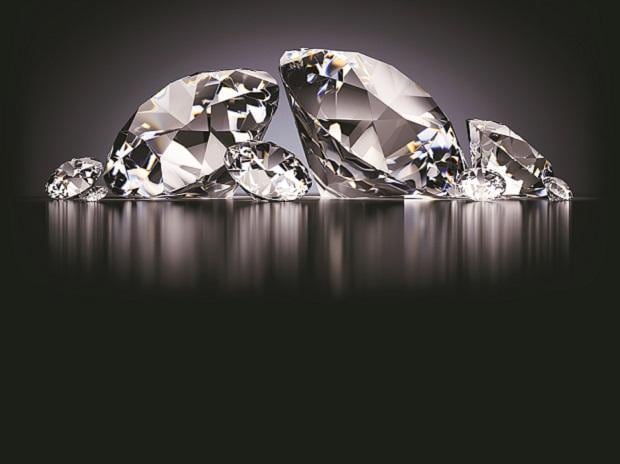 India has urged the global diamond industry to incorporate a process enabling the certification of diamonds that do not carry the stigma of corruption or money laundering and are not linked in any way to terrorism or terrorist financing. Following India’s demand, the global industry stakeholders have decided to enlarge the scope of the mandatory Kimberley Process Certification Scheme (KPCS) and Systems of Warranty for diamonds.

The call for such certification stems from a series of frauds and scams unearthed in recent past in the gems and jewellery sector.

The Kimberly Process so far has been limited to certifying stones that are not conflict diamonds. Conflict diamonds, or blood diamonds, are those mined in a war zone and sold to finance an insurgency or an invading army’s war efforts. Stones mined war- or strife-torn African nations such Angola, Ivory Coast and Sierra Leone are categorised as such.

Eighty-one countries, including 23 from the European Union, are members of Kimberly Process and have to certify that diamonds moving through their territories are not conflict diamonds for acceptance in another country. Conflict diamonds, which are not allowed to be traded under United Nations norms, are essentially rough diamonds used by rebel movements or their allies to finance conflicts aimed at undermining legitimate governments.

The Kimberly Process is a protocol in which governments guarantee that certificates are issued only to clean diamonds, and not conflict diamonds. All stakeholders of the diamond industry chain, from mines to retailers, have to follow this system of warranty under which they have to individually declare in the invoices they issue, that the precious stones they have sold are not conflicting diamonds.

In 2019, India will assume the role of chairman of the Kimberly Process.

Last weekend, the New York-headquartered World Diamond Council held its annual general meeting in Mumbai. Sources say, “In the meeting that concluded last weekend, a decision was taken to expand the scope of the definition of conflict diamonds.”

Once formalised, the member countries will also have to certify that diamonds under the Kimberley Process are not used to finance terrorism either. The System of Warranty is being amended to ensure that sellers at every level declare, to the best of their knowledge, that the diamonds for which the invoice is being issued are free from money laundering and corruption. The KP-certified diamonds are known as clean diamonds.

In the meeting, India was represented by the Gems and Jewellery Export Promotion Council (GJEPC), a quasi-government organisation under the Union ministry of Commerce. Its proposal to include terrorism under KP and money laundering and labour standards under Systems of Warranty (SoW) found acceptance from all participants.

The global diamond industry is essentially a massive chain consisting of several layers starting from the mines, and culminating at the retailer. India has urged the global diamond industry to ensure that every component in the chain — from the small mine worker or the mine owner, to the cutting and polishing unit, to the retailer — are adequately benefitted from the clean diamonds that are ultimately sold to the end-user. Such a process, when implemented, will also address the issue of cartelisation of mines and exploitation of labour.

A World Diamond Council spokesperson said, “One of the proposals under SoW was to ensure that all participants adhere to universally accepted principles on human and labour rights, anti-corruption and anti-money laundering, including OECD due diligence guidelines, in support of mandatory Kimberley Process Certification Scheme (KPCS). Changes will be implemented on an ongoing basis and will be included in the upcoming 2021-2025 WDC Strategic Plan.”

The KP Plenary meeting will be hosted next month in Brussels, where many of this year’s resolutions, including those proposed by India, are likely to be confirmed.

The Diamond producers’ Association, which includes mines, is developing a member’s toolkit to help in the implementation of the guidelines, after factoring in the realities and practicalities of the diamond supply chain across geographies. The toolkit will help in deciding compliance levels.

For example, 400 people are directly involved in the diamond sector in Belgium, 2,000 in Israel and 25,000 in China while one million worldwide draw sustenance from the industry. Many diamond cutting units are located in remote areas and in very small establishments admeasuring 100 sq feet. Regulating them at the micro level is not feasible, especially in a country like India.

India was successful in convincing the members that while it agrees in principle with protecting the human security and environment concerns and labour rights, implementation of the new norms will take 3-5 years, and will be subject to compliance with Indian laws.

WDC spokesperson said, “WDC Board members also reaffirmed their continued commitment towards KP reform, and agreed to push forward on an expanded definition of conflict diamonds to address human security and environmental concerns.”

Two other resolutions were made in last week’s meeting held in Mumbai — one, for setting up a permanent secretariat for improving KP and the other for bringing more African nations and voices into the process as 60 per cent of the world diamonds are mined in that continent.

This entry was posted by admin on October 31, 2018 at 1:29 pm, and is filed under EVIDENCE. Follow any responses to this post through RSS 2.0. Both comments and pings are currently closed.