ABOVE – LOS CHAPITOS LEFT TO RIGHT – Ovidio Guzmán López, Iván Archivaldo Guzmán Salazar + Jesús Alfredo Guzmán Salazar
BELOW – Dámaso López Nuñez (aka:  El Licenciado) is a former Mexican drug trafficker + criminal .  He was a leader of the Sinaloa cartel after the capture of the “Chapo” Guzman in 2017.  He is currently in a maximum security prison in the United States, after being sentenced to life after pleading guilty to cocaine trafficking in September 2018. 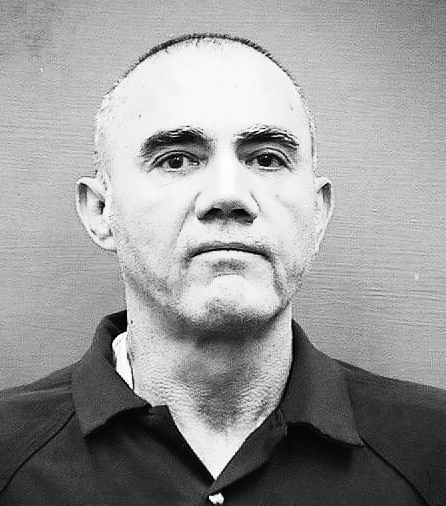 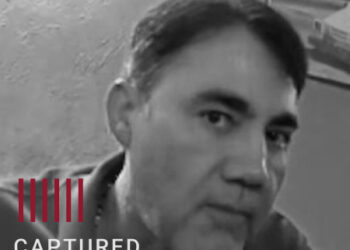 Dámaso López Núñez, alias “Licenciado,” is a prominent figure of the Sinaloa Cartel. Authorities believe he was the closest associate of legendary kingpin Joaquín “El Chapo” Guzmán, who was arrested in January 2016 and extradited to the United States a year later. Following El Chapo’s capture, Licenciado became one of the most visible faces of the Sinaloa Cartel and was presumed to become El Chapo’s replacement. However, this is unlikely to occur now given Licenciado’s subsequent May 2017 arrest and July 2018 extradition to the United States.

Born February 22, 1966 in the state of Sinaloa, Licenciado studied law at university and later began working for the state prosecutor’s office in Sinaloa. By 1999 he became a top official in the branch of prison administration system that focused on maximum-security institutions, including the Puente Grande penitentiary in Jalisco where El Chapo was detained.

According to Mexican and US police sources, Licenciado established a network of corrupted prison guards and was personally responsible for organizing El Chapo’s escape from Puente Grande on January 19, 2001. A few months before Guzman’s prison break, Licenciado had resigned from his post at Puente Grande.

After the escape, Licenciado joined the Sinaloa Cartel and gradually became one of Guzman’s closest allies. Mexican journalist Ánabel Hernández wrote that “during 15 years in the service of ‘El Chapo,’ [Licenciado] constructed his own criminal structure that includes buying off authorities through large bribes and a wide network in Mexico, the United States, Central and South America dedicated to drug trafficking.”

El Chapo was re-arrested by Mexican authorities in February 2014, and he reportedly turned over his leadership responsibilities within the Sinaloa Cartel to Licenciado while he was incarcerated. El Chapo managed to escape from prison once again in July 2015, but he was captured in January 2016 and extradited to the United States almost exactly one year later.

The decline of El Chapo’s power within the Sinaloa Cartel and the resulting power vacuum gave Licenciado the opportunity to step up his illegal activities and fight against rival groups for the control of territories and drug trafficking routes formerly managed by El Chapo.

Licenciado was arrested in May 2017 in Mexico City before being able to fully consolidate power within the Sinaloa Cartel. He was extradited to the United States on July 6, 2018.

US authorities have accused Licenciado of being deeply involved in the Sinaloa Cartel’s drug trafficking activities. In January 2013, the Treasury Department’s Office of Foreign Assets Control (OFAC) sanctioned Licenciado for his “significant role in international narcotics trafficking,” alleging that he was responsible for multi-ton shipments of narcotics from Mexico to the United States. In March 2013, US federal prosecutors indicted Licenciado on charges of drug trafficking and money laundering, alleging that the proceeds of his criminal activities amounted to some $280 million.

Licenciado is originally from Sinaloa, and he is believed to operate in his home state as well as in Baja California Sur. Reports indicate that he has also maintained connections in drug production countries like Colombia and Peru, as well as in transit nations like Panama.

Evidence suggests that Licenciado was looking for ways to fill the power vacuum that El Chapo’s capture left behind before his own subsequent arrest. In February 2017, Licenciado allegedly attempted to kill the leader of another Sinaloa Cartel faction, Ismael “El Mayo” Zambada, as well as two of El Chapo’s sons, but the attack did not succeed. The incident led authorities believe that Licenciado was fighting for a place at the top of the Sinaloa Cartel, putting him in potential conflict with other factions of the organization, a factor which may have played a role in his capture.

After being captured for a second time in February 2014, El Chapo reportedly claimed that Licenciado would be his successor. Captured yet again in January 2016 and finally extradited to the United States only a year later, El Chapo’s statement is unlikely to be fulfilled now that Licenciado has been captured and faces extradition.

Rival factions of the Sinaloa Cartel are currently fighting against each other, while other major drug trafficking organizations across Mexico are trying to penetrate into territories formerly under the Sinaloa Cartel’s control. In this state of flux, Licenciado’s capture leaves the cartel further weakened and at risk of continued fragmentation, serving as a reminder that the struggle for power within the Sinaloa Cartel is all but finished.

This entry was posted by admin on February 25, 2021 at 5:51 pm, and is filed under EVIDENCE. Follow any responses to this post through RSS 2.0. Both comments and pings are currently closed.