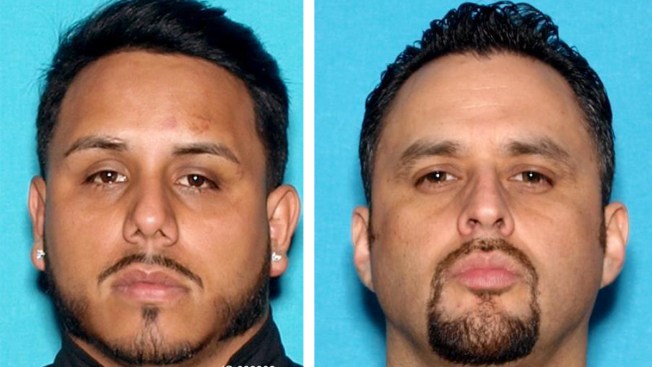 U.S. Department of Justice – Authorities were continuing to search for defendants Jonathan “Thiago” Ortiz, 30, of Downey (left) + Milton Ponce, 31, of Paramount (right), who are believed to be fugitives, according to the U.S. Attorney’s Office

Four men and a woman were arrested Thursday in connection with a Los Angeles-based drug trafficking ring that imported pound quantities of cocaine and heroin from Mexico, then used modified BMW “trap cars” to distribute the narcotics throughout the United States.

A four-count indictment filed in Los Angeles federal court charges seven defendants with conspiracy to distribute controlled substances, and alleges a series of acts between December 2017 and July 2018.

Authorities are continuing to search for defendants Milton Ponce, 31, of Paramount, and Jonathan “Thiago” Ortiz, 30, of Downey, who are believed to be fugitives, according to the U.S. Attorney’s Office.

Villegas and Moreno, the operation’s alleged ringleaders, obtained kilogram quantities of heroin and cocaine from Mexico for U.S. customers, according to the indictment.

Prosecutors allege that Villegas and Moreno were found in possession of cocaine and guns in their homes at the time of their arrests. Villegas is an alleged drug distributer who obtains drugs from a Mexican supplier and distributes the narcotics from the Los Angeles area to customers throughout the United States, using both trap cars and commercial shipping companies, federal prosecutors said. 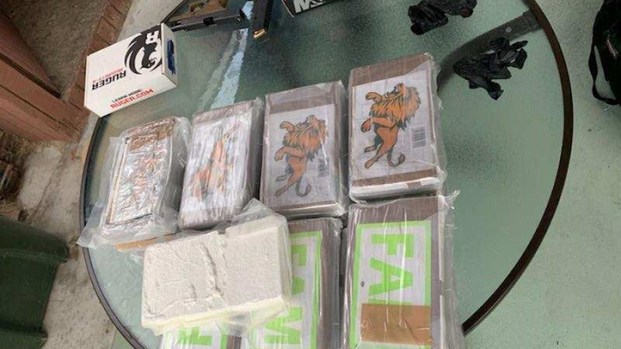 According to the indictment, Villegas directed co-conspirators to buy two 2005 BMW X5 SUVS so they could be outfitted with secret compartments to carry narcotics. Villegas allegedly also arranged for the shipment of two crates containing 55 pounds of marijuana and honey oil to Orlando, Florida.

He also advised other members of the conspiracy that commercially shipping, rather than mailing, marijuana and honey oil “better ensured that law enforcement would not intercept the packages and seize the drugs,” the indictment alleges.

The two BMWs belonging to the Villegas organization were stopped on the same day in April 2018 at the U.S.-Mexico border, where officers found hidden compartments inside the engine manifolds, containing multiple kilograms of cocaine and heroin, intended for distribution throughout the United States, prosecutors allege.

Last year, law enforcement seized at least $71,000 in cash, along with pound quantities of cocaine and heroin in connection with the organization, according to the U.S. Attorney’s Office in Los Angeles.

If convicted on all counts, the defendants would face sentences between 10 years and life in federal prison, prosecutors said.

This entry was posted by admin on September 30, 2019 at 10:42 am, and is filed under EVIDENCE. Follow any responses to this post through RSS 2.0. Both comments and pings are currently closed.