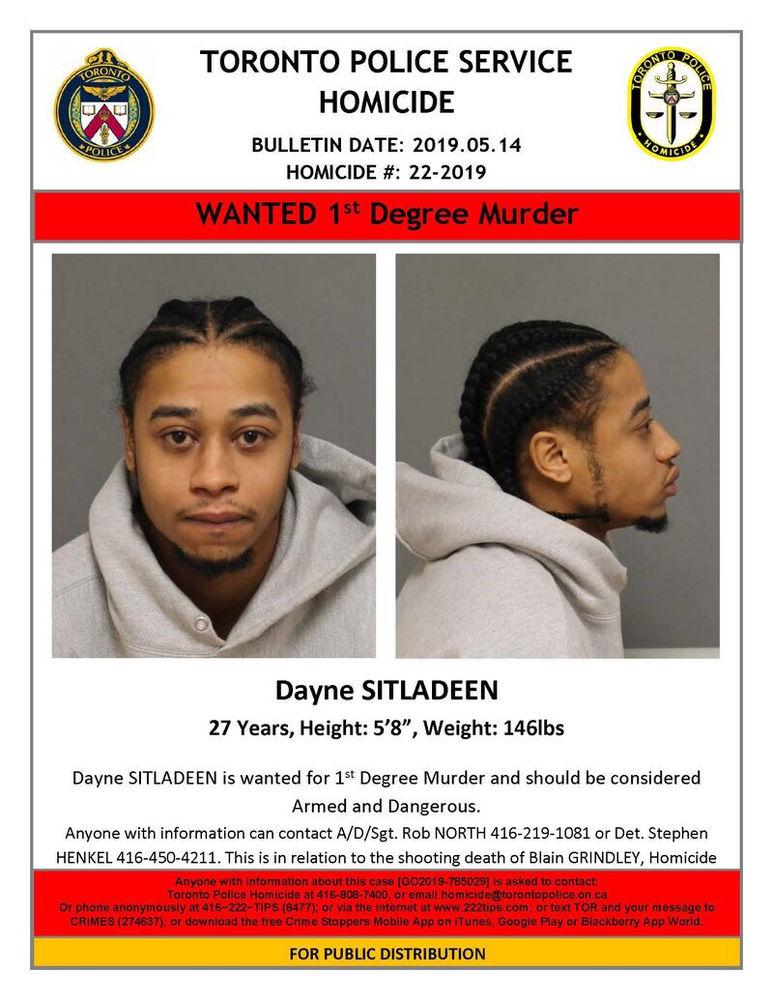 When a Minnesota State Trooper stopped a pickup truck for speeding on a U.S. highway last week, he not only discovered an arsenal of handguns inside but also two fugitives from Canada — one wanted for murder and the other for a kidnapping for ransom. One was a popular rapper who was on the run for almost three years — continuing to drop new tracks and music videos while at sitting at the top of Toronto police’s Most Wanted list.

The Mob Reporter here with news of a traffic stop that ended the run of a rapper whose fugitive status boosted his street cred in a city where the line between hip hop crew and street gangs continues to blur.

Dayne Sitladeen is better known on the street and on playlists as Yung Lava. He is a talented rapper. His popularity was growing when gun violence was causing havoc in the marginalized neighborhoods where many of Toronto’s thriving hip hop artists were living.

Yung Lava appeared in a short documentary in 2019 that drew rappers and artists from rival neighborhoods to plead for an end to gun violence. The documentary by Mustafa The Poet featured Toronto’s very own Drake, a towering cultural figure worldwide. A footnote for it now, however, is that Yung Lava appeared in this call for peace on the street just six weeks before he and two others allegedly shot 26-year-old Blain Grindley. One month after the video for his song It’s My Turn Freestyle was released, a video by police hit the street:

On May 15, 2019, Toronto police homicide Detective Steve Henkel publicly named him as one of three alleged gunmen. No one in the mainstream connected his real name to his stage name but those following the city’s thriving hip hop scene sure did. It made him a popular curiosity.

While he was on the run, he released another video, for his song “1800”. His fans went nuts. Few runners remain free forever, however. And Yung Lava’s freedom, at least for now, came to an end Jan. 10, 2021. Shortly after 10 p.m., a Minnesota State Trooper driving east on Interstate 94, near Fergus Falls, passed a pickup truck heading in the opposite direction at a high rate of speed. He turned around, caught up and pulled over the Chevrolet Silverado with Texas licence plates. Officers found 67 guns and numerous magazines in four bags in the back, according to the cops.

Sitladeen wasn’t the only one wanted in Canada. Beside him in the truck was Muzamil Addow. He was wanted for a crime that made headlines around the world, also in the spring of 2019.

A Mississauga man has turned himself into police after being identified as a suspect in a fatal shooting in Etobicoke.

Toronto police say Andrae Douse turned himself in on Wednesday, May 15. He has been charged with first-degree murder.

He was scheduled to appear in court on May 16.

Police say that on Wednesday, May 1, 2019, officers responded to a call for a shooting at 256 John Garland Boulevard in Etobicoke at 1:16 p.m.

Police say officers arrived to find a man suffering from serious injuries related to a shooting. The victim, Blain Gerrado Grindley, 26, succumbed to his injuries and was pronounced deceased at the scene.

On May 15, 2019, Detective Steve Henkel released the identities of the three suspects.

He is appealing to the public for anyone with information to contact police.

All suspects are wanted for first-degree murder.

Police say Smith is described as a 5’4″, 170-pound male with black hair in braids.

Both suspects are considered armed and dangerous and residents are asked to avoid approaching them.

Toronto police have made a second arrest in connection to the city’s 22nd homicide of the year.

29-year old Michael Smith surrendered to police on Monday and has since been charged with first-degree murder.

He is scheduled to appear in court on Tuesday.

The charges stem from a shooting on May 1.

Officers were called to an address on John Garland Boulevard around 1:15 p.m. for reports of a shooting.

26-year-old Blain Grindley was found suffering from life-threatening gunshot wounds and was pronounced dead at the scene.

On Friday, Andrae Douse, 21, (pictured below) of Mississauga, turned himself in. He was also charged with first-degree murder.

Investigators say a third suspect, 27-year-old Dayne Sitladeen (pictured below) is still wanted on a Canada-wide warrant. He is described as five-foot-eight and 146 pounds. He is believed to be violent, armed and dangerous.

This entry was posted by admin on February 1, 2021 at 1:00 am, and is filed under EVIDENCE. Follow any responses to this post through RSS 2.0. Both comments and pings are currently closed.