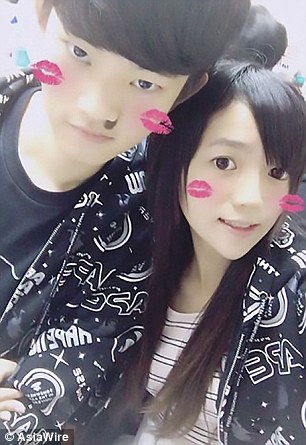 Hong Kong’s leader has stressed the “absolute urgency” to have a controversial bill passed in time to extradite a fugitive wanted in Taiwan over the murder of his girlfriend, given that he could be released as early as October after he was jailed for 29 months on money laundering charges by the High Court on Monday.

“There is no time to lose. We must strive to pass the law by the 2018-2019 session of the Legislative Council meetings – that is, by this summer,” Chief Executive Carrie Lam Cheng Yuet-ngor said. “The Taiwan murder case has set the clock ticking. We don’t want the suspect to escape.”

The man at the centre of the storm, 20-year-old Chan Tong-kai, was sentenced for money laundering stemming from the theft of his murdered girlfriend’s money and property.

The ruling was handed down the day after tens of thousands took to the streets to oppose a legislative amendment that would allow the transfer of fugitives from Hong Kong to Taiwan, mainland China and Macau.

Secretary for Security John Lee Ka-chiu said he expected Chan, who cannot be extradited to Taiwan in the absence of a formal agreement, to be released at the earliest this October, given the time he has served and further deductions on account of holidays and good behaviour during his detention. The government has until then to push through the bill in time to send him to Taiwan to face trial.

Lam expressed hope lawmakers would make good use of their time to discuss the bill at a second meeting on Tuesday morning. Their first meeting broke down on April 17 because of a filibuster by opposition politicians objecting to the amendment, which they fear will place Hongkongers at the mercy of a mainland Chinese justice system they do not trust.

“Many people have stated their views. I hope the government can explain more to ease people’s concerns,” Lam said. “If there are any constructive suggestions from lawmakers that might help address worries among the public, I promise I will handle and consider their words seriously.”

Beijing on Monday blasted the “brutal interference” of the United States in the matter, after Washington denounced the recent imprisonment of pro-democracy Occupy activists and said it would follow closely the proposed amendments of the fugitive ordinance.

“China is strongly dissatisfied with and firmly opposes relevant remarks of the U.S. Department of State spokesperson, which disregard the facts and laws,” said Geng Shuang, a foreign ministry spokesperson, as quoted by the Xinhua news agency.

“The amendments to laws including the ordinance are necessary measures taken by Hong Kong to cooperate with other regions and countries in fugitives handover.”

Geng said the moves were meant to keep Hong Kong from becoming a “crime haven”.

High Court judge Anthea Pang Po-kam said Chan’s money laundering was aggravated by a serious predicate offence involving theft from a person he had admitted to killing and that he had brought her property from Taiwan to Hong Kong for his sole benefit.

But she stressed that Chan could only be sentenced on that basis as the killing was separate from the thefts which gave rise to the present charges.

“It is understandable that great frustration and a genuine sense of unfairness, to say the least, would be felt when an accused’s admission about killing someone outside this jurisdiction cannot be a basis to bring a murder or manslaughter charge in Hong Kong,” Pang told a full house in court.

“We should never lose sight of the fact that no matter how likely an accused has actually committed a most heinous crime, he is entitled to the full protection of his rights associated with a fair trial [or] it would mean short-circuiting our criminal procedure and this affects not only the accused, but also the integrity of our entire criminal justice system.”

Chan looked calm upon hearing the sentence, and his lawyers would not comment on the possibility of an appeal.

A spokesman for the Department of Justice said: “We will study the reasons for the sentence and the case report of the prosecutor quickly to determine whether any follow-up action is called for.”

University of Hong Kong law professor Simon Young Ngai-man, who specialises in money-laundering cases, said the sentence was within a reasonable range.

“In general I think sentences for money laundering are rather tough,” Young said. “What makes the case serious is the fact he was stealing from a deceased woman, however she met her fate.”

Civic Party lawmaker Alvin Yeung Ngok-kiu, a barrister by profession, found the sentence heavier than usual but observed that it was an exceptional case.

“I’d say this is a unique case in its own category with very exceptional facts,” Yeung said.

Pro-establishment lawmaker Holden Chow Ho-ding, a lawyer who has been in contact with Poon’s family, said they hoped the amendment could be passed as soon as possible.

“If we drag on, it would be quite irresponsible to the victim’s family,” Chow said.

The High Court heard Chan, 20, admitted to Hong Kong police he had killed his girlfriend, Poon Hiu-wing, 20, while in Taiwan after learning that she was pregnant with another man’s child, hours before they were due to return to Hong Kong on February 17, 2018.

Back in Hong Kong, the Shenzhen-born student pleaded guilty to four counts of money laundering, which stemmed from his theft of Poon’s property, including her HSBC bank card, a Casio digital camera and an iPhone 6, as well as NT$20,000 (US$650) and HK$19,200 (US$2,450) in cash. He used the stolen money to settle his credit card bills.

His offence is punishable by 14 years’ imprisonment and a HK$5 million fine.

Chan had little to say in mitigation, except to ask his lawyer Ronny Leung to remind the court he had a clean record and had been remanded since Hong Kong police arrested him immediately after his admission on March 13, 2018 – the same day Taiwanese authorities found Poon’s decomposed body.

The case has sparked a bitter row in the city over human rights and bringing fugitives to justice.

If the proposed amendment passes, Hong Kong would be able to hand over fugitives to jurisdictions with which it has no extradition deal, including mainland China, Macau and Taiwan.

The government has promised to consider each case carefully and reject any surrender request that does not meet legal requirements, but critics fear Beijing may abuse the new arrangement to target political activists.

On Monday afternoon, 12 pan-democratic lawmakers held a press conference urging the government to scrap the bill.

Council Front lawmaker Claudia Mo Man-ching said the government had been given more time to handle the controversy, as Chan was sentenced to 29 months in jail.

Mo, who convenes meetings among the pan-democrats, urged the chief executive to meet them as soon as possible “before things deteriorate”.

Dennis Kwok of the Civic Party said the government had about half a year to scrap the existing bill and consider other, less contentious options.

“The government should make good use of the extra time and listen to different solutions,” Kwok said.

Lawmaker Priscilla Leung Mei-fun of the pro-establishment Business and Professionals Alliance advised the government to explain the bill better to the public so that lawmakers could address the concerns through amendments.

“That includes special protections for Hongkongers, if they are to be transferred and tried in another jurisdiction,” Leung said.

The Civil Human Rights Front, which organised Sunday’s march against the bill, said it would not back down from its plan to “surround Legco” next.

“If Carrie Lam’s government is unwilling to retract [the bill] … we will escalate our actions,” the front’s vice-chairman Figo Chan Ho-hang said.

Also on Monday, a 19-year-old woman, surnamed Zhou, from mainland China was detained by police on suspicion of taking pictures inside Chan’s sentencing court.

Under the Summary Offences Ordinance, offenders can face a HK$250 fine.

This entry was posted by admin on April 30, 2019 at 2:12 am, and is filed under EVIDENCE. Follow any responses to this post through RSS 2.0. Both comments and pings are currently closed.