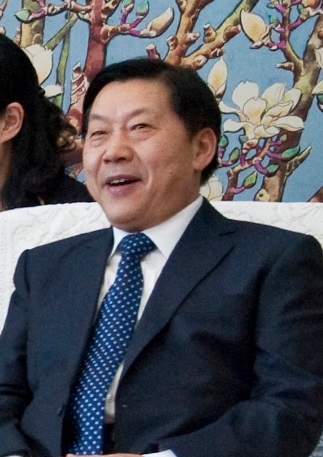 Lu Wei is accused of using people in power to fraudulently obtain “huge amounts” of property and taking advantage of his various positions of power over the course of his career to seek profits for others and accept bribes, a separate SPP statement says. It did not provide further details.

He was officially put under investigation for “serious violations of discipline” in November 2017 — one month after President Xi Jingping won a second term in office and promised continued crackdowns on corruption.

“There was speculation that the anti-graft drive would lessen in the second term, and the Lu Wei take-down squashed that speculation.” Zhu Lijia, a public affairs professor at the Chinese Academy of Governance in Beijing told Bloomberg.

Lu is known as China’s “internet czar” because of his draconian regulations of internet freedom during his time as the director of the Cyberspace Administration of China (CAC) — an organization designed to supervise online content and approve online news reporting — from 2014 to 2016.

Lu was even listed as a one of the 100 most influential people by Time in 2015 for the power he held over China’s access to the 21st century.

In 2016, he abruptly stepped down from the Cyberspace Administration of China. There was no official explanation for his departure. More than a year later, China’s anti-corruption agency announced that Lu was part of an investigation into corruption.

In February 2018, local news reported that Lu was expelled from the Communist party and dismissed from office for taking bribes and therefore violating the Party’s rules.

The SPP also said that two other former officials, Mo Jiancheng, former chief of the disciplinary inspection team, and Yhang Jiehui, former deputy director of the Standing Committee of the Hebei Provincial People’s congress, will be prosecuted for bribery.

Despite these anti-corruption successes for President Jingping, it seems unlikely that the arrests will lead to increased access to internet in China. Bloomberg reported that a popular live-streaming app disappeared from app stores run by two technology corporations on Friday. And in April, a fast growing internet startup in China was ordered to shut down a popular joke-sharing app.

This entry was posted by admin on July 31, 2018 at 12:54 pm, and is filed under EVIDENCE. Follow any responses to this post through RSS 2.0. Both comments and pings are currently closed.