COLOMBIA: SINALOA CARTEL TAKES RESPONSIBILITY FOR MURDER of 2 political candidates + 4 others in a car

ABOVE + BELOW – Karina Garcia 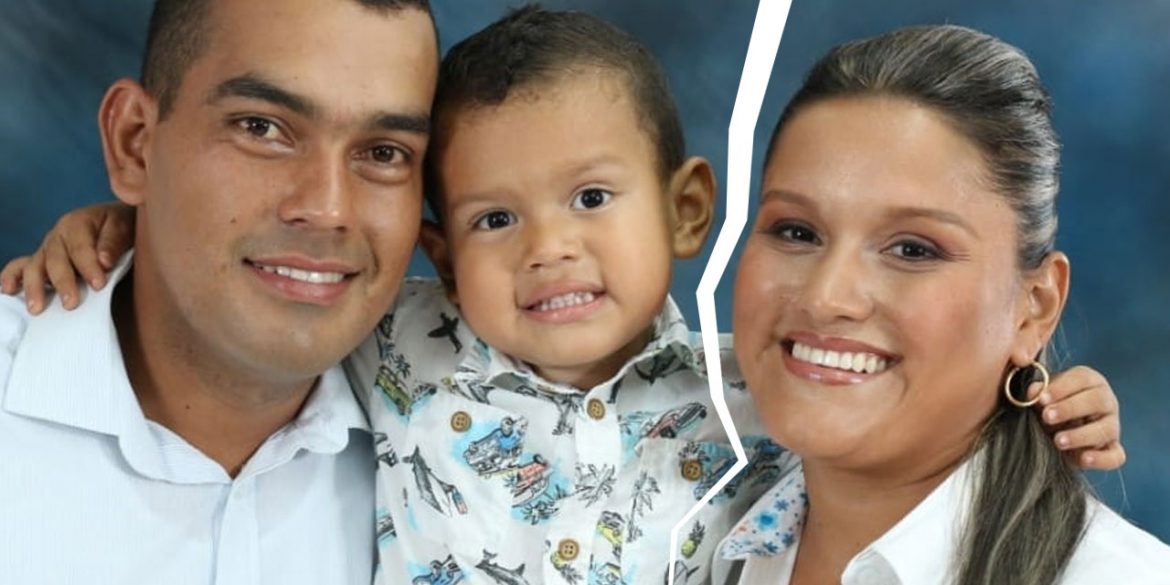 The Sinaloa cartel has allegedly claimed responsibility for the killing of Colombian regional election candidate Karina Garcia this month, as reported by Pulzo.

A car carrying Karina Garcia, a Liberal Party candidate in the municipality of Suarez in Cauca Province, the politician’s mother, three local activists, and a candidate for the municipal council, was reportedly shot at on 2 September while it was driving on a highway in the mountainous region, before being set on fire.

Colombian authorities have previously alleged that the killing was carried out by the leader of the dissident FARC group, which has been increasingly active in the area.

However, a pamphlet circulating around the city of Suarez since the start of September has claimed that it was El Chapo’s Sinaloa cartel that carried out the brutal assassinations due to Garcia’s apparent refusal to cooperate with the group.

The pamphlet, the authenticity of which has yet to be proven, also contained threats directed at other local politicians who might try to interfere in the activities of the group, stating that “the massacres will not keep happening” if the government works “properly” with the group.

In July 2019, a US court sentenced Joaquin “El Chapo” Guzman to life in prison on a range of charges, including drug trafficking and money laundering, placing him in a US maximum security prison.

The Sinaloa Cartel, often described as the largest and most powerful drug trafficking organization in the Western Hemisphere, is an alliance of some of Mexico’s top capos. The coalition’s members operate in concert to protect themselves, relying on connections at the highest levels and corrupting portions of the federal police and military to maintain the upper hand against rivals.

The state of Sinaloa has long been a center for contraband in Mexico, as well as a home for marijuana and poppy cultivation. Nearly all of the trafficking organizations in Mexico have their origins in the region. They were, in essence, a small group of farming families that lived in rural parts of the state. In the 1960s and 1970s, they moved from the contraband trade into drugs, particularly marijuana. One of the first to traffic marijuana in bulk was Pedro Aviles, who later brought his friend’s son, Joaquín Guzmán Loera, alias “El Chapo,” into the business.

Aviles was killed in a shootout with police in 1978. In the latter part of the 1970s, the various families branched into moving cocaine for Colombian and Central American traffickers, and shifted their operations to Guadalajara, in the state of Jalisco. Their leaders included Rafael Caro Quintero, Miguel Ángel Félix Gallardo and Ernesto Fonseca Carrillo. Working closely with the Honduran Juan Ramon Matta Ballesteros, the men came into contact with Colombia’s Medellín Cartel. Matta Ballesteros lived part-time in Colombia, where he operated as the main intermediary between Mexican and Colombian traffickers, particularly the Medellín and Guadalajara Cartels. They established the patterns that we see repeated today: movement of bulk shipments of cocaine via airplane and boat to Central America and Mexico, then by land routes into the United States. The boldness of the Mexican traffickers became evident when they murdered undercover Drug Enforcement Administration (DEA) agent Enrique Camarena in 1985.

The death of Camarena was the beginning of the end of the Guadalajara Cartel. US pressure forced Mexican authorities to act, and the leaders of the cartel fled. The remaining factions established bases in various parts of Mexico. The Arellano Félix brothers set up camp in Tijuana. The Carrillo Fuentes family moved to Juarez. El Chapo and his partner, Héctor Luis Palma Salazar, remained in the Sinaloa area.

The battles between these organizations began almost immediately. In November 1992, El Chapo sent 40 gunmen to raid a Tijuana Cartel party in Puerto Vallarta, killing nine people. The Tijuana Cartel responded by trying to assassinate El Chapo at the Guadalajara airport in 1993, killing a Mexican cardinal instead. El Chapo fled to Guatemala where he was arrested two weeks later. Palma Salazar was arrested in 1995.

The operations remained under the auspices of El Chapo’s brother Arturo Loera, Ramon Laija Serrano, and Hector, Alfredo and Arturo Beltran Leyva. El Chapo maintained some control from prison, passing messages through his lawyers. In 2001, he escaped prison, and assumed a central leadership role in the organization. Chapo was famously recaptured, then escaped from prison, then recaptured in Mexico once again in 2016, only adding to his criminal legend.

In January 2017, El Chapo was extradited to the United States. His recapture and extradition has sparked a wave of violence due to internal power struggles within the Sinaloa Cartel and efforts from other criminal groups to expand their operations in the capo’s absence.

After the breakaway of the Beltran Leyva Organization (BLO) in 2008, El Chapo became the most visible head of the Sinaloa Cartel, although he was joined at the top table by Ismael Zambada Garcia, alias “El Mayo,” and Juan Jose Esparragoza Moreno, alias “El Azul.” El Azul reportedly died of a heart attack in June 2014, although there are rumors that he is still alive and well.

The Sinaloa Cartel is not a hierarchical structure. El Chapo, El Azul and El Mayo have all maintained their own separate but cooperating organizations, while the cartel’s operations in foreign countries, and even within Mexico, are often outsourced to local partners.

El Chapo’s capture and later extradition to the United States appears to have sparked an internal battle for control of the organization, as evidenced by a February 2017 attack against El Mayo and two of El Chapo’s sons that was reportedly orchestrated by El Chapo’s one-time right-hand man, Dámaso López Núñez, alias “Licenciado.”

However, El Licenciado and his son, Damáso López Serrano, alias “Mini Lic,” have both been arrested and are now in US custody. Given that El Chapo’s conviction in the United States in February 2019 will land him in prison for the rest of his life, El Mayo, the only remaining member from the Sinaloa Cartel’s old guard, and El Chapo’s sons, Joaquín Guzmán López, Ovidio Guzmán López, Iván Archivaldo and Jesús Alfredo, who are also known collectively as “Los Chapitos,’ are now left to head the general direction of the cartel’s operations while it retains its horizontal structure.

The Sinaloa Cartel’s tentacles stretch from New York City to Buenos Aires and almost every major city in between. The cartel was founded in Mexico’s Sinaloa state and now operates in 17 Mexican states, and by some estimates, in as many as 50 countries.

The Sinaloa Cartel’s central bond is blood. Many of its members are related by birth or by marriage. However, the cartel also often acts more like a federation than a tightly knit organization. The core of the group, the BLO, split from the rest in 2008. The Sinaloa Cartel has since created new alliances with former enemies in the Gulf Cartel and the Familia Michoacana and appears to have negotiated a pact with what remains of the Tijuana Cartel.

The Sinaloa Cartel seems to have taken its cue from Colombia’s Cali Cartel by establishing strong connections to Mexico’s political and economic elite. It has successfully penetrated government and security forces wherever it operates. It often opts for the bribe over the bullet and alliances over fighting, but it is not above organizing its forces to overrun areas that it wants to control by force.

The cartel’s most powerful contacts have traditionally been in the National Action Party (Partido Acción Nacional – PAN), which, according to some sources, helps account for its growth in the last decade. The PAN’s Vicente Fox and Felipe Calderon launched numerous offensives against trafficking organizations, and some major leaders have been captured, including Osiel Cárdenas Guillén, head of the Gulf Cartel, and Benjamin Arellano Félix, head of the Tijuana Cartel. So strong is the perception that the PAN favors the Sinaloa Cartel that Mexican justice officials issued a press release in 2010 denying it, while the Calderon government produced a video in 2011 with the same intention.

Today, the Jalisco Cartel New Generation (Cartel Jalisco Nueva Generación – CJNG), is the Sinaloa Cartel’s primary enemy. The CJNG emerged out of the Sinaloa Cartel in 2010 after the death of former Sinaloa Cartel capo Ignacio Coronel, alias “Nacho.” Since, the CJNG has expanded rapidly across the country, involving itself in a host of criminal activities, including international drug trafficking, most recently involving synthetic drugs and powerful opioids like fentanyl, which the Sinaloa Cartel is also involved in the trafficking of.

In recent years, the Sinaloa Cartel has become embroiled in a series of violent turf wars. In 2012, the cartel emerged victorious from a bloody battle with the Juarez Cartel over control of Ciudad Juarez. However, the war with rival cartel the Zetas, who in some regions have allied themselves with the remnants of the BLO, has spread across the country and raged through the states of Sinaloa, Durango, Coahuila, Nuevo Leon, and Jalisco, even reaching into Guatemala. The upper hand in the conflict has ebbed and flowed throughout the regions but with the Zetas an increasingly fragmented force, the Sinaloa Cartel seems poised to cement its position as the dominant force in the Mexican underworld.

Even with El Chapo away, the Sinaloa Cartel has remained one of Mexico’s most powerful organized crime groups. However, the days of big cartels in Mexico are over. As the country’s criminal landscape continues to grow more fragmented, it’s unclear if and how traditional cartels like it will be forced to adapt in order to continue being prominent criminal actors.

This entry was posted by admin on September 30, 2019 at 10:20 am, and is filed under EVIDENCE. Follow any responses to this post through RSS 2.0. Both comments and pings are currently closed.