« WHAT ARE THE TERMS OF THE SECRET AGREEMENT BETWEEN MALTA + RUSSIA? A NATO mega security threat would be created if it permitted deployment of Russian military units on Malta territory.
JAMES REEVES (TFB TV): WATCH THOSE FANNY PACKS FOR MEN + WOMEN BECAUSE 1 might be carrying heat (CCW). »

HAVE YOU HEARD OF HURD’S BANK? IT’S NOT A BANK. IT IS USED FOR USA SANCTIONS BUSTING BY VENEZUELA, RUSSIA, NORTH KOREA, HEZBOLLAH, HAMAS + keeping the slow-burning Libyan civil war illegally supplied. 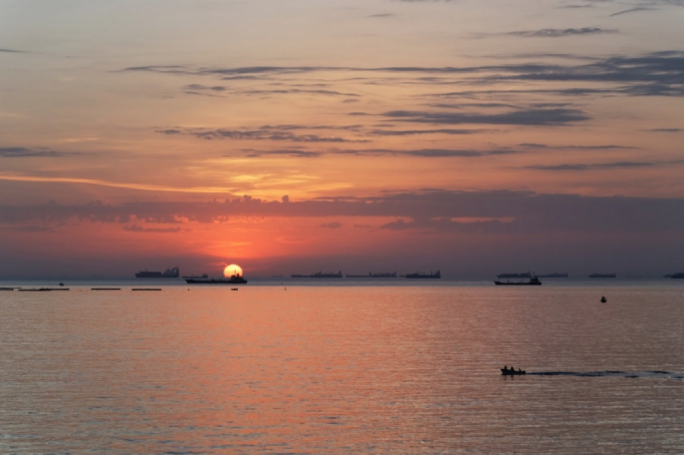 Ships on Hurd’s Bank. The bank is outside Maltese territorial waters and not under Malta’s direct jurisdiction.

Most of our readers are familiar with the incident where Robert Abela, the Prime Minister of Malta, refused to assist the visiting American Secretary of Defence, Mark Esper, close the offshore shallow anchorage, known as Hurd’s Bank, to international sanctions evasion activity. The Secretary is said to have used profanity, after he and a large staff flew in, duly invited, on three American military aircraft, to discuss details about the status of US military personnel, and naval assets, to be temporarily based there, only to be presented with completely unsatisfactory terms and conditions.

Hurd’s Bank is an international region of the Central Mediterranean adjacent to Maltese territorial waters which has become a covert offshore transfer point for Iranian oil under international sanctions. Nations reportedly utilizing its calm, shallow waters for this illicit activity include Iran, Syria, The DPRK (North Korea), Venezuela and Russia; a number of international terrorist organizations, including Hamas and Hezbollah, are also believed to have participated in transfers there. US surveillance drones flying out of NATO Sigonella in Italy monitor Hurd’s Bank activity

What you probably don’t know is that US operations contemplated by its Department of Defence included supplementing American Naval Forces assigned to interdict the illicit oil smuggling traffic with a US Marine Corps contingent from the Fleet, and the US Navy SEALS, to disrupt ship-to-ship transfers. Most veteran Malta watchers believe that it was former Prime Minister Joseph Muscat, who originally opposed EU Membership, and is known to want to keep Malta out of NATO, and focused one Middle East and North African allies, who ordered Abela to set unsatisfactory terms before the US, so that no agreement would be concluded. He is no friend of the United States, as is reportedly seeking closer international relations with Russia and China. `

Will the United States have to find another port facility to base an operation against Iranian oil transfers Hurds Bank, or will attitudes change under a new government ? Stay tuned.

Venezuela is using Hurd’s Bank, a shallow offshore bank located to the east of Malta, to make significant transfers of oil products it needs to sustain its own oil industry, Times of Malta has confirmed.

“An informal ship-to-ship network has been established off Malta in which products are transferred offshore to large tankers which then proceed to Venezuelan ports,” a source in the oil industry said, confirming a report that appeared in Lloyds List.

The South American country is 9,000km away from Malta.

According to Lloyds List, a leading international maritime newspaper, since June at least 10 chemical or product tankers were tracked undertaking ship-to-ship transfers in waters off Malta.

The cargoes then sailed to Venezuela, in some cases with the Vessel Automatic Identification system transponder turned off after heading through the strait of Gibraltar for the transatlantic voyage.

According to Lloyds List, about 400,000 tonnes of refined products have been shipped since the beginning of June.

Hurd’s Bank, known for oil and gas activity – not always legal – is outside territorial waters and not under the direct jurisdiction of Malta.

However, the US government, aware of the situation, has made informal representations to the Maltese authorities about the matter.

Venezuela, one of the largest oil producers, is currently facing unilateral US sanctions on its oil exports as part of President Trump’s efforts to force a regime change in the country.

Last June, the US expanded its sanctions against Venezuela’s crude and petroleum industry by banning companies from exporting or re-exporting diluent to the country. This usually comes in the form of light crude oil or heavy naphtha to dilute the thick and heavy crude produced by Venezuela for export.

However, since the US has now stopped providing Venezuela with this crucial product for its industry, the regime of President Nicolas Maduro has somehow found a way to obtaining it through other countries, bypassing the US sanctions.

The origins of the oil products which are being transferred to Venezuela’s tankers on Hurds Bank are not known. The supply vessels often switch off their transponders during the operation.

Earlier news reports suggested that Russia, which opposes the sanctions, was one of the suppliers. Until last January, when the US sanctions were introduced, American companies used to supply Venezuela’s state oil agency with some 50,000 barrels per day of petroleum products.

On the other hand, the US used to import some 500,000 barrels a day from Venezuela, the country’s largest market.

Exports from and to the US have now ceased.

Lloyds List says that while the production of oil by Venezuela is currently at its lowest levels, some 39 tankers have shipped crude to India this year and another 48 tankers reached China.

In total, 198 tankers have departed from Venezuela this year until July, which also includes short-haul voyages to the Caribbean Islands, where storage facilities and ship-to-ship transfers are also undertaken.

This entry was posted by admin on June 2, 2021 at 9:10 am, and is filed under EVIDENCE, VENEZUELA - A NARCO STATE. Follow any responses to this post through RSS 2.0. Both comments and pings are currently closed.