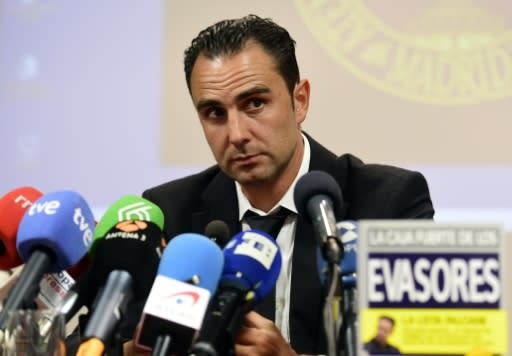 The Swiss trial against a former HSBC employee who leaked documents alleging the bank helped clients evade millions of dollars in taxes opened Monday, but in his absence it was immediately adjourned.

Herve Falciani, the 43-year-old French-Italian national who exposed the so-called Swissleaks scandal, has said he would not come to Switzerland for the trial, and on the first day the prosecutor opened the case by requesting an adjournment.

Prosecutor Carlo Bulletti stressed to the federal court in the southern Swiss town of Bellinzona the need for the defendant be present to put forward his case, the ATS news agency reported.

The court followed the recommendation, postponing the proceedings until November 2.

Falciani, had told media several weeks ago he would not travel to attend the hearings in Switzerland, where he would risk immediate arrest, questioning whether the Swiss trial would be fair.

While Falciani is widely viewed as a whistleblower and hailed as a hero in countries where his leaked information is helping net tax cheats, Swiss authorities are prosecuting him for data theft, industrial espionage, and violating the country’s long-cherished banking secrecy laws.

“Do I have the right to a just and fair trial? Maybe, but can one really call this a trial?” Falciani told the Swiss business weekly HandelsZeitung last week.

The trial had been set to run through October 20.

Falciani became an IT worker for HSBC in 2000 and moved to the bank’s offices in Geneva in 2006.

The so-called “Snowden of tax evasion” and “the man who terrifies the rich” obtained access to a massive database of encrypted customer information.

In 2007 Falciani took the names of over 120,000 clients and by 2008 headed for Lebanon with his mistress and a plan to sell the data. Swiss authorities described it as “cashing in”.

Yet suspicious bankers in Lebanon were not interested in buying the dubiously sourced client list, and at least one instead tipped off counterparts in Switzerland to Falciani’s activities.

After his plan to sell the data fell apart, Falciani got in contact with European fiscal authorities and began passing them the pilfered information, which prompted numerous tax evasion audits.

Falciani rejects that he was only seeking financial gain, insisting he had only ever been interested in exposing how banks support tax evasion and money laundering.

Though he remains wanted on data theft charges, France and Spain have offered him protection by refusing to extradite him to Switzerland.

He did, however, spend a couple months in a Spanish prison in 2012 at Switzerland’s request before winning his release for helping Spain track down its tax cheats.

This entry was posted by admin on October 12, 2015 at 10:28 am, and is filed under EVIDENCE, HERVE FALCIANI. Follow any responses to this post through RSS 2.0. Both comments and pings are currently closed.