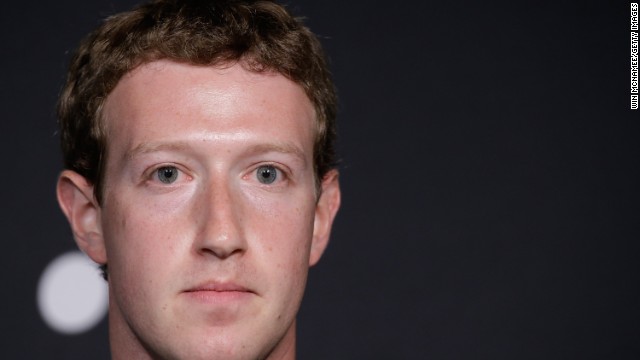 Mark Elliot Zuckerberg is an American computer programmer, Internet entrepreneur, and philanthropist. He is the chairman, chief executive officer and co-founder of social networking website Facebook.

Protecting one of the richest people in the world is not a cheap task.

Facebook in 2015 paid nearly $4.3 million for direct security services aimed at protecting its co-founder and CEO Mark Zuckerberg, the company said in an amended annual report on Wednesday. Zuckerberg, a billionaire who makes just $1 a year in salary, also spent more than $775,000 on personal usage of private aircraft, bringing his total “other” compensation for the year to more than $5 million, Facebook (FB, -1.10%) said.

Still, spending $4.3 million on security services is an extremely high figure in the social networking market, as well as the technology industry. Earlier this month, for instance, Twitter (TWTR, -0.55%) revealed that it spent just $68,500 on security services for its CEO Jack Dorsey in 2015.

Last year, Equilar, which tracks executive compensation, released an analysis of Fortune 100 data on how much companies pay to protect their CEOs. Equilar found that in 2013, Amazon (AMZN, -2.00%) paid $1.6 million for security on its chief executive Jeff Bezos. Amazon said in an earnings report that it believed the cost was “reasonable and necessary” for the e-commerce company’s “benefit.”

Other prominent executives have also had millions spent on their security. Oracle (ORCL, -0.62%), for instance, spent $1.5 million safeguarding its CEO Larry Ellison.

Still, Equilar’s report found that the average spent by a Fortune 100 company to protect its chief executives hovered at around $30,000 a year.

So, what makes Zuckerberg so special?

In its amended annual report, Facebook said that “high visibility,” coupled with some specific threats, make it critical to spend so much on his security.

“Because of the high visibility of our company, our compensation & governance committee has authorized an ‘overall security program’ for Mr. Zuckerberg to address safety concerns due to specific threats to his safety arising directly as a result of his position as our founder, chairman, and CEO,” Facebook says. “We require these security measures for the company’s benefit because of the importance of Mr. Zuckerberg to Facebook, and we believe that the costs of this overall security program are appropriate and necessary.”

Facebook added that the fee, which stood at $5.6 million in 2014 and $2.6 million in 2013, included “security measures” for Zuckerberg’s personal residence, a security detail, and the personal use of private aircraft to keep him safe on planes.

Indeed, Facebook might be right to be exceedingly concerned about Zuckerberg’s security. In February, a hacker group allegedly associated with ISIS targeted both Zuckerberg and Twitter CEO Jack Dorsey. In a 25-minute video, the group, called Sons of the Caliphate Army, showed Zuckerberg and Dorsey’s pictures covered in bullet holes. While the group never explicitly threatened Facebook’s CEO, it was undoubtedly disconcerting.

But perhaps there’s more to protecting a chief executive than an outside group. In an interview with Fortune last year, Timothy Horner, head of security risk management at Kroll, said that chief executives, who are typically wealthy, face numerous threats. Horner said it’s possible for chief executives to be targeted by everyone from a “crazy niece or nephew” to terrorist organizations. Safety, therefore, is extremely important.

But Zuckerberg wasn’t the only Facebook executive to get security last year. According to the company, COO Sheryl Sandberg received nearly $1.3 million in security services last year.

This entry was posted by admin on December 31, 2016 at 4:42 am, and is filed under EVIDENCE. Follow any responses to this post through RSS 2.0. Both comments and pings are currently closed.