IS URUGUAY THE NEW ARGENTINA OF DRUG TRAFFICKING? 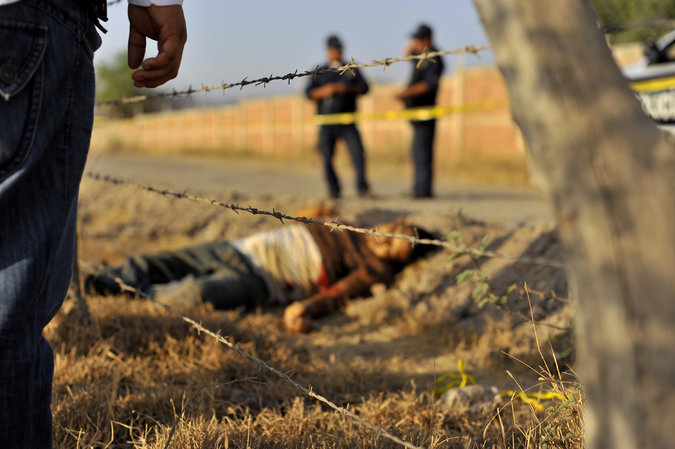 The recent arrest of individuals linked to Mexico‘s Los Cuinis criminal organization has drawn attention to organized crime’s presence in Uruguay and the role of foreign drug traffickers in the deterioration of the country’s security indicators.

A report by Uruguayan newspaper El Observador traces the growth of violence and crime in Uruguay in recent years, highlighting how warnings from officials regarding criminal evolution have largely been borne out.

For instance, drug seizure statistics back predictions by local security officials thatUruguay would become a transit nation for cocaine trafficked to Europe. According to El Observador, 10 kilograms of cocaine were seized in 1991, compared to 135 kilograms seized so far in 2016. Around 1.5 tons were seized in 2013.

These trends have been accompanied by an increase in violence as criminal groups compete for local drug markets. El Observador notes how, in the past, homicides inUruguay consistently totaled about 180 to 190 per year, but that 2015 saw 289. Uruguay‘s Interior Ministry attributed a third of all homicides in 2013 — around 80 — to disputes between criminal groups, known colloquially as a “settling of accounts.”

For instance, on May 19, police discovered the tortured and dismembered bodies of two teenagers that had been missing since August 2015.

Fueling microtrafficking and violence is the presence of seasoned foreign criminals — including drug traffickers from Mexico, Colombia, and Brazil — in Uruguay‘s prison system. Such convicts bring with them important criminal contacts and methods that get passed on to fellow inmates and applied locally.

This is partly reflected in Uruguay‘s recidivism rate of released prisoners, estimated at 60 percent. According to El Observador, Uruguay‘s Interior Minister Eduardo Bonomi said the majority of released prisoners who reoffend commit crimes that are more violent than those for which they were initially convicted.

Outside prisons, Uruguayan authorities also fear a reported increase in the number of foreign drug traffickers visiting and living in places like Punta del Este may lead to violent criminal battles seen in cities like Acapulco, Mexico.

The presence of foreign drug traffickers in Uruguay is under scrutiny following the Aprilarrest of 11 individuals linked to Mexican criminal organization Los Cuinis, thought to be in alliance with the powerful Jalisco Cartel – New Generation (CJNG). Those detained include Gerardo González Valencia — brother of Los Cuinis leader Abigael González Valencia — who was allegedly laundering money through real estate properties in Punta del Este. Surprisingly, Gerardo is reported to have been living in Uruguay since 2011.

Criminals from Mexico and Colombia looking for a refuge to unsuspectingly conduct business have been known to settle in South America’s Southern Cone countries,particularly Argentina. Yet, as drug related violence in Argentina has escalated in recent years — partly a result of the presence of foreign criminals — it may be foreign drug traffickers are drawn by the relative calm of neighboring Uruguay.

Indeed, that such a prominent Mexican drug trafficker was able to maintain residence inUruguay for so long and avoid arrest hints at Uruguay’s allure. Despite a small population of around 3.5 million limiting its status as a major drug consumer, Uruguay offers access to money laundering opportunities, as well as links to major drug markets across the Atlantic and in neighboring Brazil and Argentina.

This entry was posted by admin on May 24, 2016 at 1:18 pm, and is filed under EVIDENCE. Follow any responses to this post through RSS 2.0. Both comments and pings are currently closed.