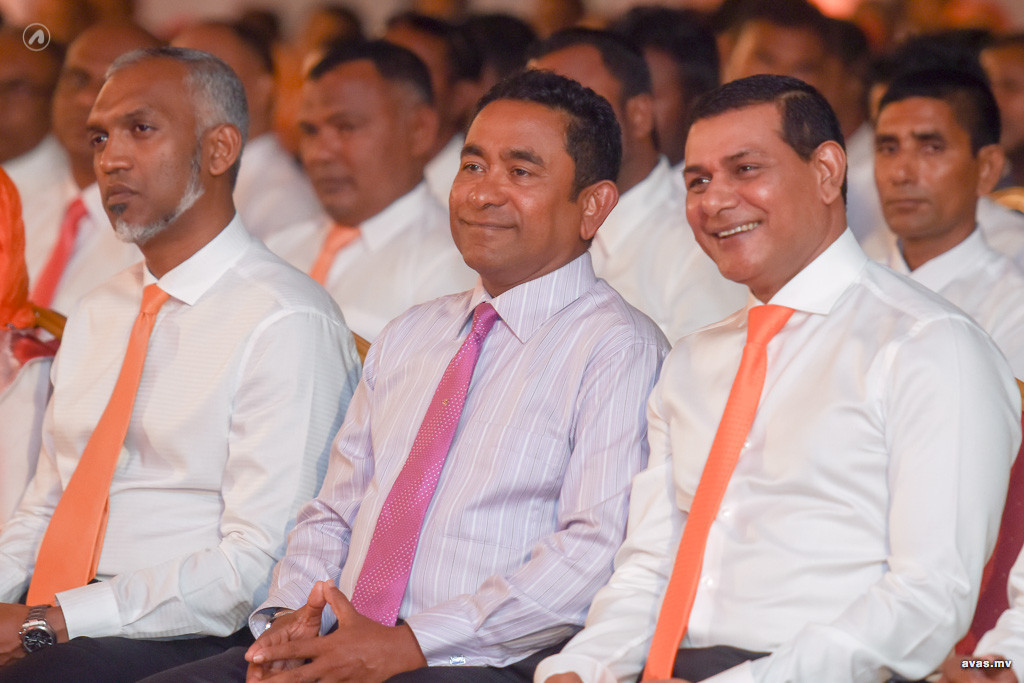 The Prosecutor General’s Office raised charges against Sun group’s Sun Construction and Engineering, Sun Investment, jailed former president Abdulla Yameen Abdul Gayyoom and an individual named Ahmed Krik Riza who are accused of corruption offences relating to the leasing of R. Fuggiri island to be developed as a resort island.

President Yameen is alleged to have received bribes amounting to US$ 1,117,000 through an individual named Ahmed Krik Riza, and is accused of laundering the funds via Sun Construction and Engineering, and Sun Investments.

While years have passed since the corruption case of Maldives Marketing and PR Corporation (MMPRC), focusing the investigation on Sun instead of the true perpetrators of the crime reveals the twisted direction the case is heading, it further said.

Sun Siyam Private Limited is owned by prominent businessman and politician Ahmed Siyam who is also a parliament member and leader of Maldives Development Alliance (MDA).

This entry was posted by admin on June 29, 2020 at 4:57 pm, and is filed under EVIDENCE. Follow any responses to this post through RSS 2.0. Both comments and pings are currently closed.