« MALTA: 65 % IN MALTA THINK CORRUPTION IN GOVERNMENT IS A BIG PROBLEM, citizens in 16 other EU countries agree
MALTA: SYSTEMIC INFIDELITY OR WHY NOTHING ever gets done in government »

MALTA: THE MAFIA CAPTURED STATE in the EU 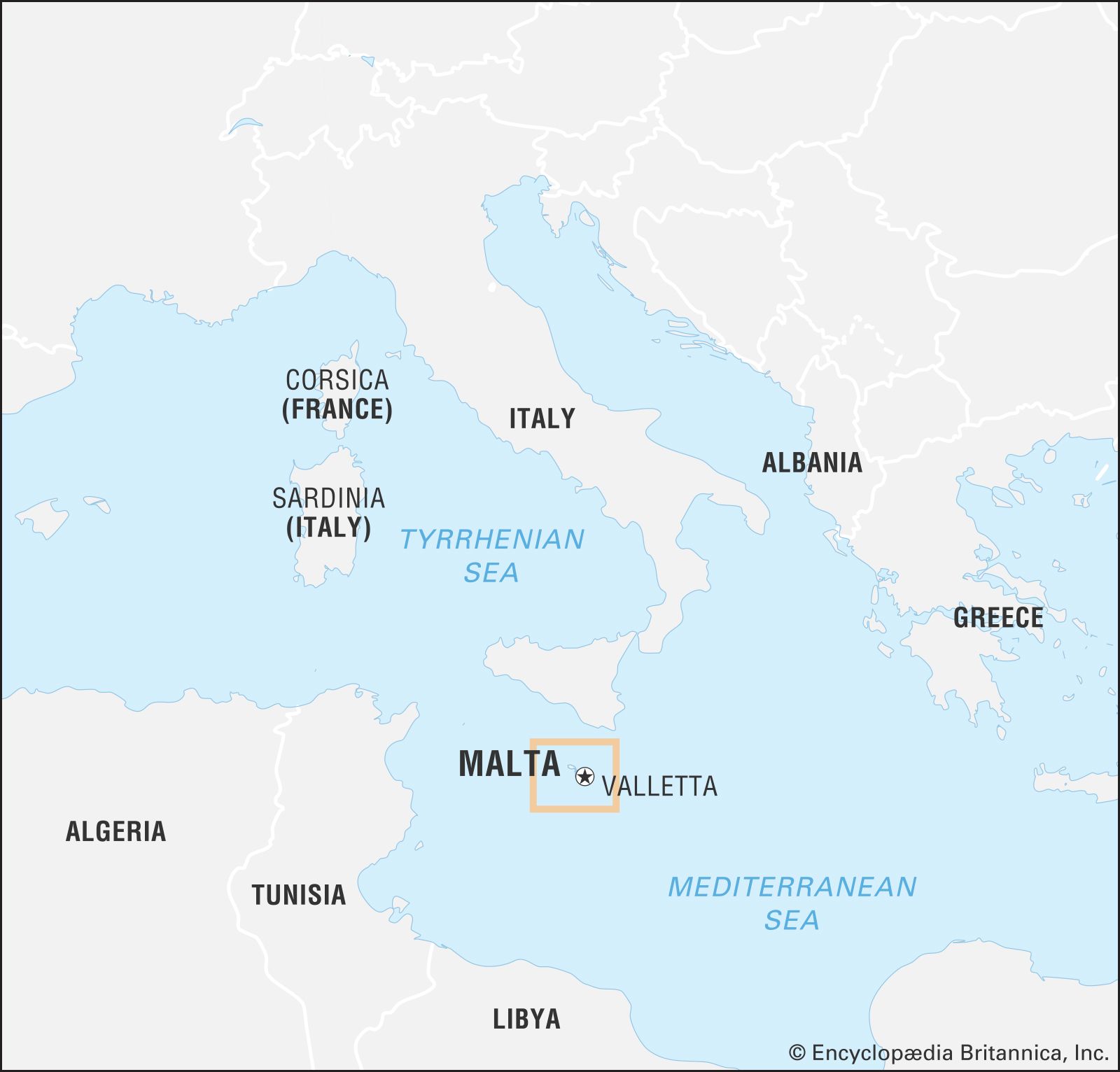 Robert Abela has chosen his hill to die on. Unfortunately, it’s a fight he’s going to lose.

The prime minister said he won’t back down and scrap the passport peddling programme, which has ‘done the country a world of good’.

In fact, that’s exactly why the IIP is being targeted — because it’s allowed the government to support several worthy causes (like buying government stocks and funding Michelle Muscat’s Marigold Foundation). Traitors are working hard to bring this noble enterprise to an end simply out of spite.

It doesn’t matter whether Abela really believes his own nonsense or whether the sun has gone to his head.

It was always difficult to justify selling access to — and residency in — other people’s countries for vast piles of cash. It’s an underhanded way to deal with fellow Member States, especially when you’re a net beneficiary of years and years of EU funds.

It becomes impossible to defend passport peddling when so many of the “customers” being issued with Maltese (EU) passports should never have passed due diligence in the first place.

I won’t rehash the list of former and current criminals The Shift has already exposed, or the politically connected people who shouldn’t have dual citizenship but somehow bought yours. They’ve never presented a problem for Abela and his colleagues. After all, they rent empty flats for inflated prices, and don’t bother anyone in Malta with their presence.

The European Commission sees things differently. And it’s no surprise, given the recent news out of Cyprus that over half the ‘golden’ passports sold in that country were granted illegally to people who didn’t qualify.

The Commission pointed out in 2019 that so-called golden passport schemes increased the risk of tax evasion and money laundering, and provided a back door into the Union for non-EU organized crime groups.

Malta responded by pretending it launched a ‘new’ programme towards the end of 2020 that’s the same as the old programme in practical terms.

The price tag changed, as did the ‘on paper’ residency requirement before being granted a passport. But the prospective citizen still walks off with an EU passport after pretending to be here for “a number of weeks”.

The European Commission’s letter of formal notice came with a two-month deadline to address their concerns. After that, the European Court of Justice comes calling. Like The Who, they won’t get fooled again.

The addiction to easy cash. Joseph Muscat’s ‘economic miracle’ was built on dirty money, and Malta’s now dependent on it. They said they weren’t, but addicts always do.

The government always insisted their much-touted budget surplus didn’t come from peddling passports. The surplus would exist without it. And yet, surplus turned to deficit in 2018 when revenue from passport sales was excluded.

It won’t be easy making up that difference when the passport peddling taps dry up. Not when paying Konrad Mizzi, Keith Schembri and assorted friends hand over fist for energy from Electrogas.

The European Union moves slowly — some would even say geologically — but like a glacier, it grinds on.

One reasoned opinion from the European Commission deals with discriminatory rules on vehicles brought in from other EU countries, a policy that protected local car dealers and inflated used car prices to ridiculous heights while punishing anyone who moved to Malta from other Member States. Ending it is long overdue. The government has been given two months to make the change before legal action is taken in the European Court of Justice.

The other notice targets Malta’s stubborn insistence on trapping songbirds despite clear conservation laws against it. This fight will drag on to the bitter end, too, thanks to the pathological fear of angering hunters and losing votes. But it will be the taxpayer who funds the lawyers and court cases — and the fines — when Malta is forced to comply with the laws it agreed to abide by when it joined the bloc.

But wait… As the salesman said, that’s not all.

These latest infringement notices are skirmishes in a much larger battle, the results of which could transform Malta’s economy, the very same economy Joseph Muscat built on vice.

The veto has always prevented such funding conditions from passing, but there are moves afoot to remove the ability of a single small country to block changes everyone else has agreed to.

This, too, makes sense. Why should Malta — a country with the population of a small city — or Luxembourg be able to unilaterally block a change that affects the lives of 448 million people?

If the veto is removed in such cases — and I think it will be — then predatory tax practices are in for a rough ride, too.

Now, I don’t see anything inherently wrong with tax competition between countries. Why shouldn’t a person who starts a company in a country with punitively high tax rates, like Germany or Sweden, relocate to a country that offers them a better deal in exchange for bringing a business there?

Done within reason, it’s a win for both sides. Taxes are often the single largest expense a business has to incur; that and dealing with endless bureaucracy, which in Germany is crippling. Cutting those tax rates to a more reasonable level allows a business to grow much faster, and in some cases, to survive the early years of struggle when every penny means the difference between survival and bankruptcy.

The country that attracts this company wins, too. Businesses bring the possibility of jobs and inject money into the local economy through the purchase or rental of property, buying services, and paying payroll taxes for employees.

That kind of competition is healthy, and it keeps those high tax countries on their toes. But predatory tax practices are something else.

Tax competition becomes predatory when a country’s financial industry is built on empty mail drop ‘offices’ and accounts that exist solely to move funds through a country where the business doesn’t actually do anything except pretend to be there, paying that government a small percentage to play along with the ruse.

Such practices attract even more attention when due diligence is lax and law enforcement non-existent.

Malta entered that shady territory when it licensed Pilatus Bank and allowed it to operate with impunity, and when it turned a blind eye to the creeping tentacles of the ‘Ndrangheta as money laundering infiltrated the gaming industry.

EU-wide tax reforms have been blocked by the ability of small, low tax countries like Malta, Luxembourg and Ireland to veto such changes. But the recent move to abolish the veto on foreign policy measures signals that the EU is determined to remove this power more broadly. And when it does, Malta’s financial services industry will be in for a very rough ride.

In many ways, this clash between those countries bent on political union — a United States of Europe — and those in it for the trading bloc was inevitable. The current lawlessness in Hungary, Malta and Poland just added a sense of urgency.

I suppose you can be thankful to Robert Abela for fighting it out to the bitter end. Sure, you wouldn’t be fighting these battles if his predecessor hadn’t turned the country into a mafia state. But Abela can’t change the past. All he can do is take a lesson from Edward Scicluna and dig his fingernails into the passport scheme — and those predatory tax practices, and spring hunting — and refuse to let go, at least until after the election.

Dark clouds are on the horizon, but there’s still a little time to make hay while the sun shines. Better make the most of it.

This entry was posted by admin on June 16, 2021 at 1:50 am, and is filed under EVIDENCE. Follow any responses to this post through RSS 2.0. Both comments and pings are currently closed.