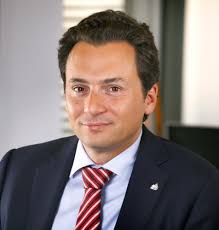 Mexico’s Finance Ministry announced on Monday that it had frozen the bank accounts of Emilio Lozoya Austin, the former head of the state-owned oil company Petróleos Mexicanos (Pemex), due to allegations of corruption.

The accounts of Altos Hornos de Mexico (AHMSA), one of Mexico’s largest steelmakers, were also frozen.

The press release noted that the bank accounts were blocked after “multiple operations were carried out with resources that allegedly do not come from lawful activities, which were presumed to be derived from acts of corruption.”

Pemex has faced financial hardships over the last few years due to poor investments and high spending, according to Reuters. One of its poor investments, they note, has been a fertilizer plant bought from AHMSA at the time Lozoya ran the company.

Pemex invested US$475 million into the fertilizer plant which experts labeled as a “lousy” business deal, according to Forbes.

A few days after the purchase a contract was signed by the owner of the plant that transferred $3.7 million to a shell company supposedly set up by the scandal-riddled construction company Odebrecht to pay bribes.

From the shell company money was then sent to Lozoya via an offshore bank, according to  investigative news site Quinto Elemento Lab. At the time Lozoya said that he strongly denied the allegations.

The steel company has since denied any wrongdoing and stated that it did not know why its accounts had been frozen.

According to Reuters, Lozoya has been barred from public office for 10 years but has not been fined.

The government of Mexico has stated that its actions serve to reaffirm its policy of zero tolerance for corruption, which was a hallmark of President Andrés Manuel López Obrador’s campaign for office last year.

This entry was posted by admin on May 29, 2019 at 12:19 am, and is filed under EVIDENCE. Follow any responses to this post through RSS 2.0. Both comments and pings are currently closed.