MEXICO: EX-STATE GOVERNOR ARRESTED for embezzlement, graft worth US$ 147M 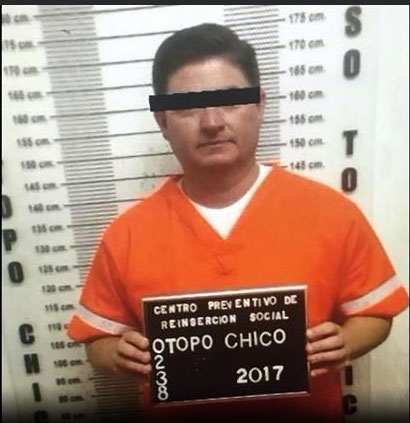 This marks the first time in history a former governor of Nuevo Leon, the state in northern Mexico where Rodrigo Medina de la Cruz served as governor from 2009 to 2015, has been imprisoned for corruption.

If convicted Medina could face up to 12 years in prison on charges of embezzlement, damages to state assets, and abuse of power.

Following an 18 hour hearing, a judge determined that Medina was a flight risk and detained him for 30 days prior to his sentencing.

The corruption allegations first surfaced in August of last year when anti-corruption investigators discovered that half of Medina’s spending on public works, some 20 billion pesos (US$ 947 million), went to only 8,000 contracts. This kind of spending pattern is indicative of embezzlement, prosecutors told Forbes Mexico.

When Medina’s successor—Jaime “El Bronco” Rodríguez Calderón—took office he launched an investigation called “Operación Tornado” into Medina’s crimes and promised to send him to jail.

The state attorney general is also launching a separate investigation into the personal wealth  Medina acquired while in office. His wife and father have been summoned to court in connection with that investigation, Reuters reported.

The Medina family has been under investigation since 2015 because of a real estate scandal. After Medina took office, the real estate company owned by his father and brother grew rapidly and began showing signs that it was a money-laundering operation, prompting a joint investigation by the FBI and DEA.

The investigation and Medina’s preventative detention are expected to end on February 24.

This entry was posted by admin on January 30, 2017 at 6:20 am, and is filed under EVIDENCE. Follow any responses to this post through RSS 2.0. Both comments and pings are currently closed.