MONEY LAUNDERING IN THE CITY OF LONDON: Mafias + the Far Right connection 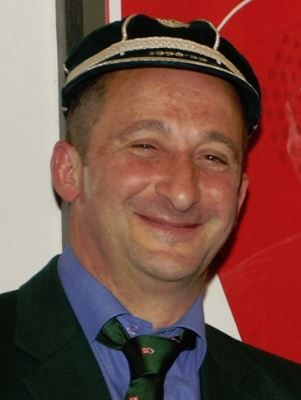 ABOVE – Vittorio Spadavecchia (aka: Ricky) -a former fascist paramilitary, was convicted in absentia by a Rome court for terrorism, armed robbery and firearms offences in 1986. He left for Britain before the trial, never served his 14-year sentence and has been a fugitive under Italian law ever since.
BELOW – Massimo Carminati (born May 31, 1958), allegedly nicknamed “the last king of Rome”,[1] is an Italian underworld figure and former associate of far-right terrorist group Nuclei Armati Rivoluzionari and criminal gang Banda della Magliana, which were at the centre of sensational allegations of state collusion and Masonic conspiracy during Italy’s years of lead. Carminati was investigated for match fixing in 2012. In 2014 he was arrested with 36 others on allegations of running a corrupt network that infiltrated Rome‘s public administration. He was charged with fraud, money laundering, embezzlement, and the bribing of public officials. In 2017, Carminati was sentenced to 20 years in jail.

Massimo Carminati, boss of an alleged mafia group in Rome, is said to have made millions of euros before his arrest in December 2014. But this financial treasure is nowhere to be found.

We followed some of the tracks left behind by his group all the way to London, where some of his money is believed to be hidden. Here, we discovered, they relied on trusted contacts: lawyers, real estate moguls but, above all, former neo-fascists who had fled to the UK as fugitives in the 80s.
Among them is Vittorio Spadavecchia, an old friend of Carminati, who alongside his business partner manages a £14m property empire in Central London. Despite a 14-years jail term for terrorism, Spadavecchia has never been extradited to Italy to serve his sentence.
The group led by Carminati also allegedly exploited London’s financial centre to create companies which are nothing more than empty boxes and move money offshore.

This entry was posted by admin on August 31, 2017 at 6:53 pm, and is filed under EVIDENCE. Follow any responses to this post through RSS 2.0. Both comments and pings are currently closed.