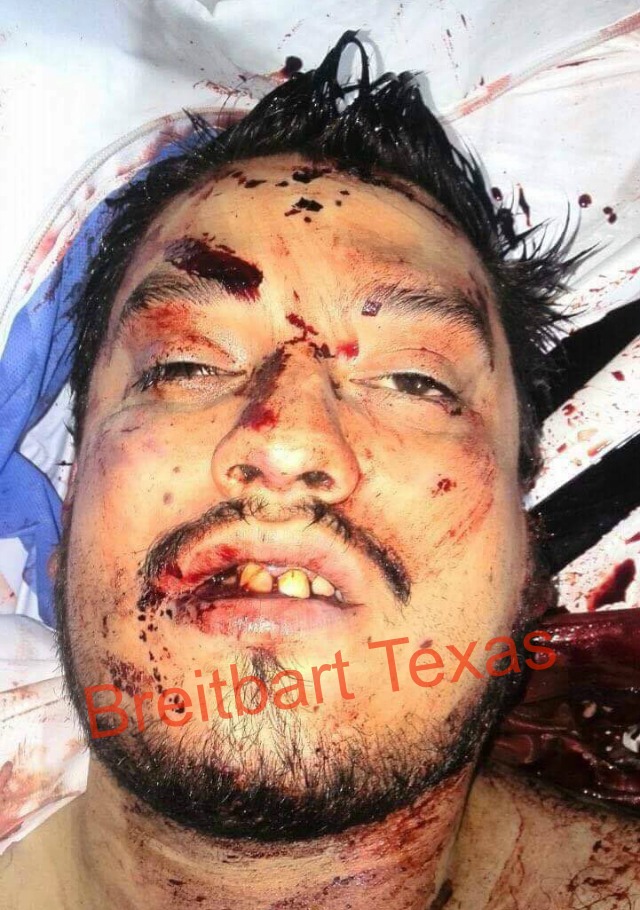 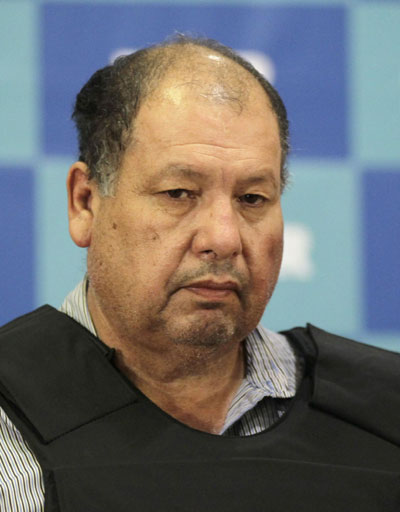 Manuel Cardenas Medina, alias “El Manny”, nephew of Osiel Cardenas Guillen, ex leader of Cartel del Golfo, was executed last saturday in front of his family at the gate of his residency in La Escondida, south of Monterrey, Nuevo Leon.

A video of one of the security cameras of the complex, shows the moment when a gray Jetta vehicle, pulls up next to the Black Mercedes Benz that “El Manny” was driving when he stopped at the security gate of his residency.

By the side of the co-pilot, a man points a handgun towards “El Manny” of 35 years old, and shots him in the neck. Once wounded he proceeded to drive 100 meters. It was 18:44, according to the digital watch of the video.

It was then that “El Manny” lost consciousness and he crashed his vehicle, causing minor injuries to his passengers: his wife and two sons, while the Jetta drove off into the national highway and dissipated.
Local media points out that the man executed was son of Mario Cardenas Guillen, alias “El M-1″, brother of Osiel, alias “El Loco”, “El Patron”, “Padrino”, “Memo”, “El Viejon”, o “El Mata Amigos”, who is currently incarcerated in the United States for drug trafficking charges.
Cardenas Guillen, ex-leader of Cartel del Golfo assassinated his business partner Salvador Gomez Herrera in 1998, with the purpose of taking control over the cartel.
In March of 2003, members of the Mexican army and the Procuraduria General de la Republica (PGR), captured him in Matamoros, Tamaulipas. In march of 2005 the Mexican government agreed to his extradition into the United States. However, his extradition was not conducted immediately for several factors.
Finally he was sent to the United States in January of 2007, where he faced 19 charges in a Houston, Texas court. Then in July of 2009, he declared himself guilty of one charge of drug trafficking, one for money laundering and three for the extortion and attempted murder of three federal agents of United States.
In exchange for declaring himself guilty, the ex leader of the Cartel del Golfo was absolve of other 12 charges of drug trafficking, and sentenced to 25 years and a 50 million dollar fine.
Last April, an investigation conducted by the American newspaper “The Dallas morning news”, pointed that the declaration agreement between Cardenas Guillen and the US government caused “a violent rupture” between El Cartel del Golfo and Los Zetas- who was the execution and paramilitary faction of the cartel-, and lead to the murder of thousands of persons in Mexico and along the Texas border.

During the rupture, Lorenzo Rosales Mendoza was executed in Lazaro Cardenas, Michoacan, last august. This individual was the ex secretary of the local town hall and a brother of Rosales Mendoza “El Tisico”, founder of La Familia Michoacana and a Lieutenant at the service of Osiel Cardenas Guillen.

This entry was posted by admin on October 15, 2016 at 11:05 am, and is filed under EVIDENCE. Follow any responses to this post through RSS 2.0. Both comments and pings are currently closed.