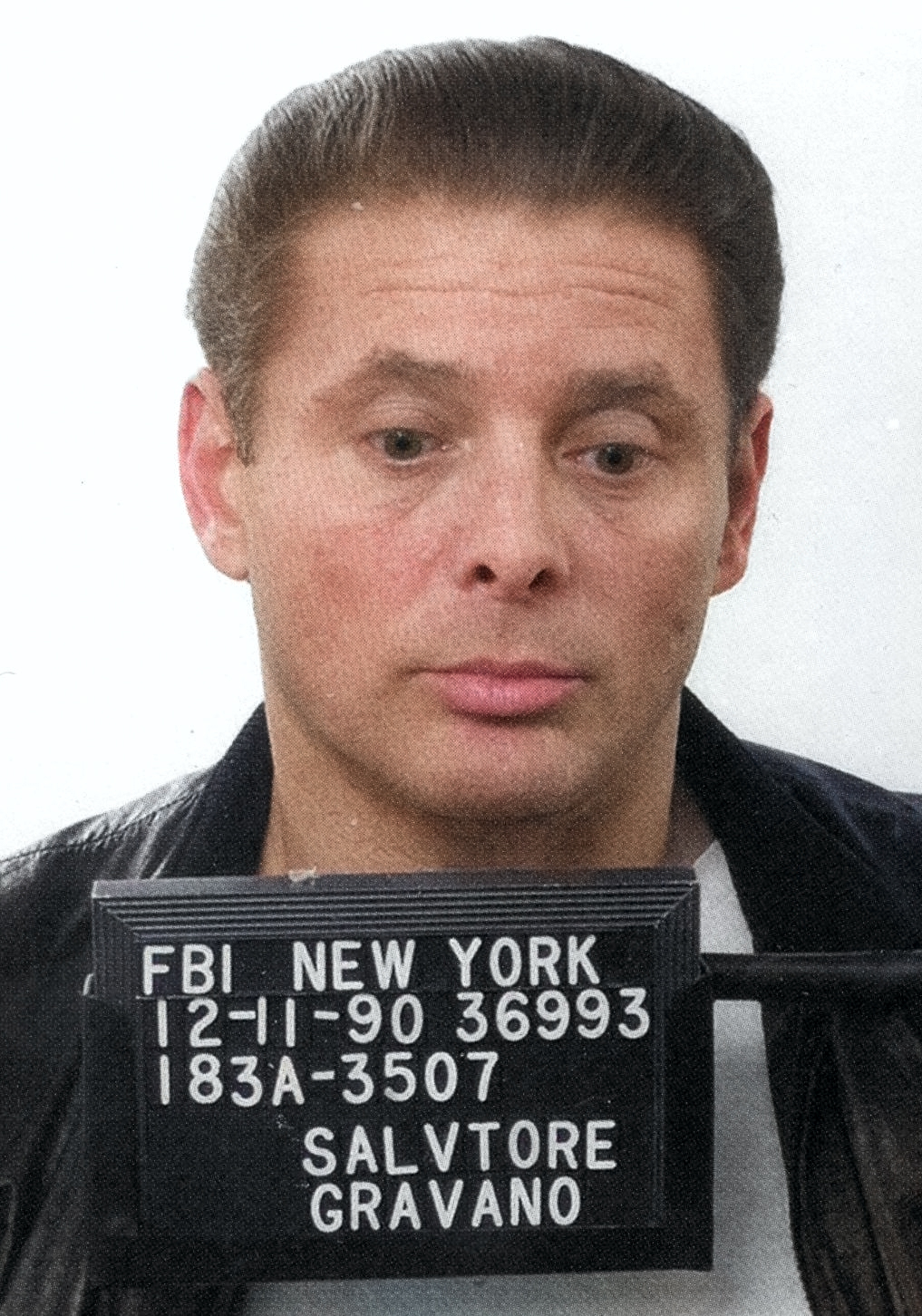 Salvatore ‘Sammy the Bull’ Gravano was an associate of the mob for 8 years, before his full induction at the age of 31. He worked his way up the ladder to eventually become underboss of the Gambino family, working under John Gotti.

Shortly after the arrest of Sammy, along with Gotti and consigliere Frank Locascio in December, 1990, Gravano set up a deal to turn government witness in return for a lesser sentence. He later testified in court, not only against Gotti, but dozens of other men in the NY families. As a reward for his testimony, Sammy was sentenced to just five years – even after confessing his part in 19 murders. He was released in 1997, and agreed to an interview with ABC’s Diane Sawyer prior to the release of his book ‘Underboss’. After this interview, Gravano went back into hiding. He didn’t resurface until February 2002, when he was arrested in Arizona – along with his wife, Debra, daughter Karen, and son Gerard – on federal and state drug charges. In September 2002, he was sentenced to 20 years. He served 17 years of that sentence, and was released in September 2017. He kept his silence until October 2019, when an interview was released on YouTube by Valuetainment. Salvatore “Sammy the Bull” Gravano (born March 12, 1945) is an American gangster who became underboss of the Gambino crime family. Gravano played a major role in helping the prosecution sentence John Gotti, the crime family’s boss, by agreeing to testify as a government witness against him and other mobsters in a deal in which he confessed to involvement in 19 murders.[1]

Originally a mobster for the Colombo crime family, and later for the Brooklyn faction of the Gambino family, Gravano was part of the group that conspired to murder Gambino boss Paul Castellano in 1985. Gravano played a key role in planning and executing Castellano’s murder, along with Gotti, Angelo Ruggiero, Frank DeCicco, and Joseph Armone.

Soon after Castellano’s murder, Gotti elevated Gravano to underboss, a position Gravano held at the time he became a government witness. At the time, Gravano was the highest-ranking member of the Five Families to break his blood oath and cooperate with the government. As a result of his testimonies, Gotti and Frank Locascio were sentenced to life imprisonment without the possibility of parole and a $250,000 fine, on June 23, 1992. On September 26, 1994, a federal judge sentenced Gravano to five years in prison. However, since Gravano had already served four years, the sentence amounted to less than one year. He was released early and entered the U.S. federal Witness Protection Program in Arizona, but left the program in 1995.

In 1997, Gravano was consulted several times for the biographical book about his life, Underboss by author Peter Maas. In February 2000, Gravano and nearly 40 other ring members—including his ex-wife Debra, daughter Karen and son Gerard—were arrested on federal and state drug charges. In 2002, Gravano was sentenced in New York to twenty years in prison. A month later, he was also sentenced in Arizona to nineteen years in prison to run concurrently. He was initially scheduled to be released in March 2019, however, was released early on September 18, 2017.

This entry was posted by admin on February 5, 2021 at 1:35 pm, and is filed under EVIDENCE. Follow any responses to this post through RSS 2.0. Both comments and pings are currently closed.